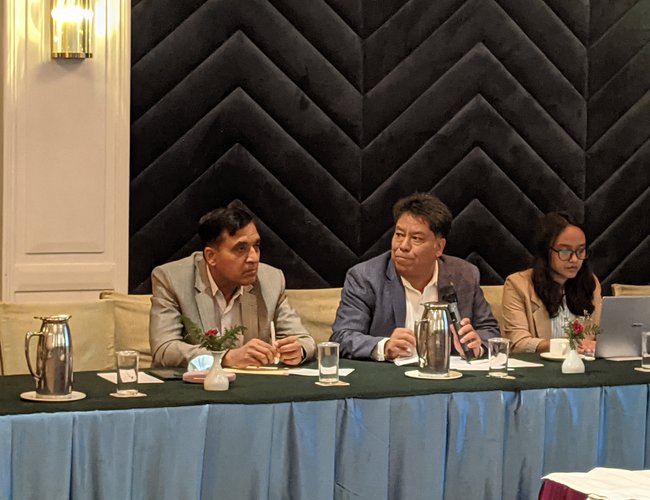 Writing a constitution is one thing. However, proper implementation of the constitution in words and spirits is what more required? Even seven years after the promulgation of Nepal’s federal republic and inclusive constitution, Nepal is still nowhere in safeguarding and protecting the rights of the marginalized communities and providing them equal representations at all levels. 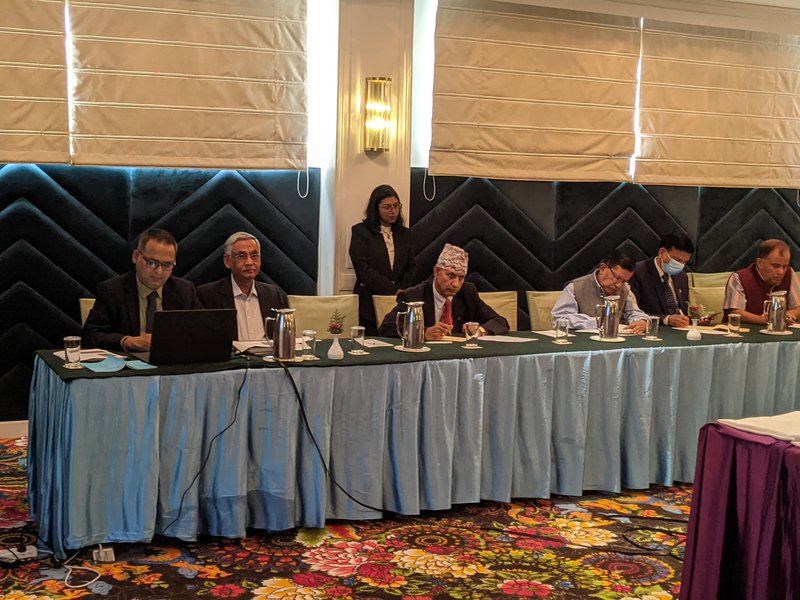 To empower and protect the rights of marginalized communities, backward communities and other disadvantages have been created; the constitution has created fourth bodies in the name of the commission. In equal at the par of Executive, Judiciary and Legislature in terms of their functional independence and autonomy to check and balance, the 13 commissions, which can even work in close collaboration with civil society to democratize the society, are yet to reach the people and check the government.

Despite enormous authority given by the commission, these constitutional bodies are working as a shadow body of the federal executive. Appointed on the recommendation of the party in power, this commission is acting as a shadow of political parties.

Given this scenario, the two research studies conducted by Professor Dr. Bipin Adhikari, Kathmandu University’s School of Law, have shown many serious gaps and lapses in the process of implementation.

The two studies, entitled Strengthening Constitutional Bodies for Democracy and Constitutionalism and Strengthening Election Commission in the Regulation of political parties, have revealed many functional and organizational lapses in protecting and promoting marginalized and oppressive community and their representation in the state affairs.

“There is everything in the constitutions. However, our problem is still in monitoring and implementation of the constitutional provisions related to the constitutional bodies,” said Mohan Das Manandhar, Executive Director of Niti Foundation, a policy research organization. “There are problems in accountability, fairness and justice,” said Manandhar. 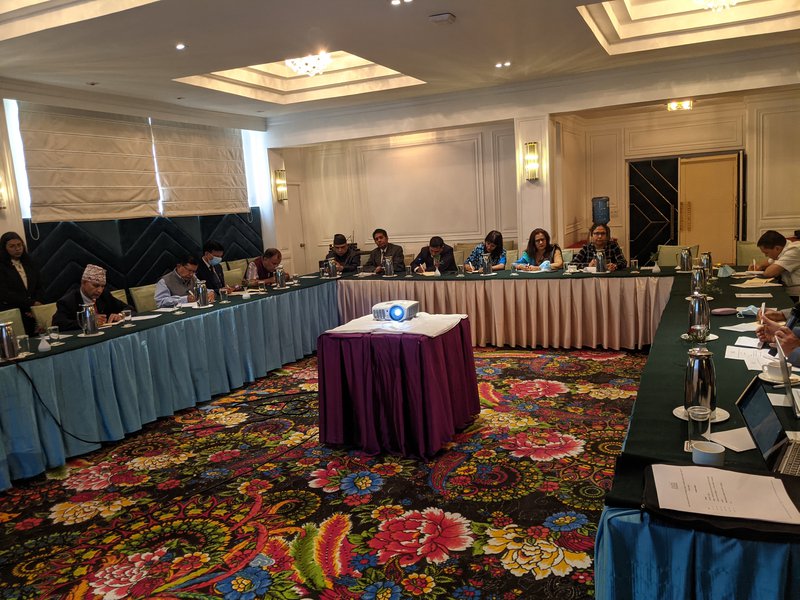 Organized to share the study results with broader stakeholders including the officials from the constitutional bodies, civil society leaders working in the fields, journalists and political leaders, Professor Dr. Adhikari argued that declaring a country of inclusion and distribution of authorities on an inclusive basis, Nepal’s Constitution has provided enormous protection to a marginalized and backward community.

In his presentation, Professor Dr. Adhikari said that the Constitution of Nepal 2015 has created 13 independent constitutional bodies with specific mandates. Although some are traditional and others are new, they are created under the separation of powers as fourth branch organs of the state with the overall objective of democracy and constitutionalism.

“The role of constitutional bodies and their relationship to the legislative, executive, and judicial branches is yet to be as envisioned by the Constitution. This relationship requires further explication to ensure they are properly empowered to function independently and effectively,” said Dr. Adhikari.

Commenting on the study, civil society leaders stressed the need to make the commissions more accountable and functional in their appointment process. They also shared the views that the commission should be given the commission's autonomy for the appointment of their employees and financial matter.

Civil society leaders also said that along with the appointee there was also a need to blame the political leaders for making the constitutional commission a place to recruit their party workers.

Facilitated by Purushottam Ghimire, Chairperson of Civil Society Organization and former secretary Khem Raj Regmi holds the view that fiscal independence and functional independence are key to making the constitutional commission effective and efficient. “ It is unfortunate to say that no one has made any effort to make these institutions accountable. The report of Dr. Adhikari rightly pointed out the lapses.

Participating in the debate, human rights defender Charan Prasai said political leaders are responsible for creating the current situation when all commissions are defunct due to constitutional controversy. “I cannot say this person is good or bad as all the appointees are our friends and colleagues. The apex court needs to give a verdict soon on the petitions regarding the appointment,” said Prasai. “The formation of other six additional commissions in the constitution is a result of the pressure of civil society. “ We need all these commissions to make state inclusive for the time being. However, the current method of nomination of officials in the commission is unacceptable.”

Civil society leaders argued that the commissions are neither a part of the executive nor any other organs of the state. They are independent and mandated by the constitutions. To assert their independence, the commissions need to work in close collaboration with civil society organizations. 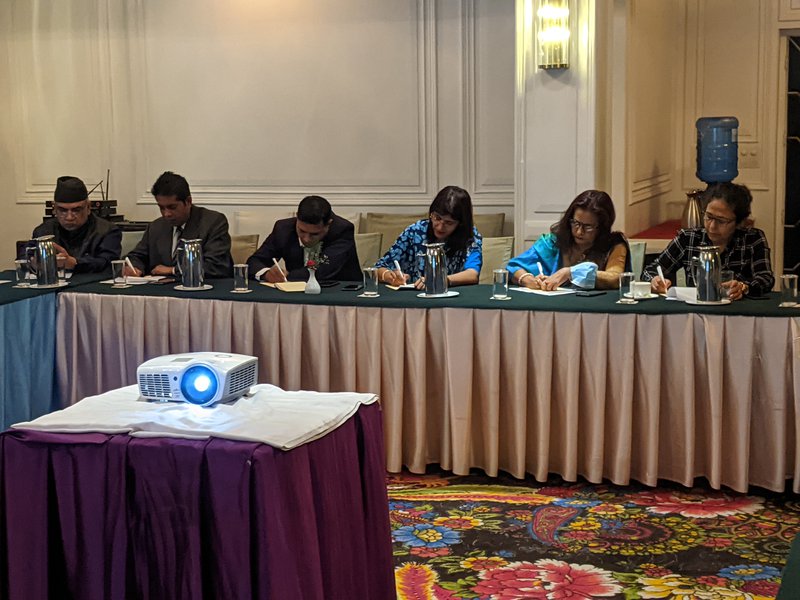 Senior advocate and rights activist Usha Malla Pathak suggested that there need to make reform in the existing legal system to make the other commission functional. “The appointment procedure of these commissions should be based on merit and quality. Federal parliament needs to take appropriate steps to prevent the wrong appointment.”

Senior advocate Pathak said that these commissions also need to create the situation to work in close collaboration with the civil society organization, province and local level. “They can go up to local levels to work with their report and nothing can prevent them.”

Dr. Adhikari holds the view that challenges commissions face in engaging with the key stakeholders including financial independence and Human resource independence. He also viewed the relationship with parliamentary committees (not taken seriously; sporadic or no discussion, etc) and relationship and engagement with other commissions (lack of coordination mechanism).

“Since this is the first parliament after the promulgation of the new constitution and we have to pass several new laws and amend old ones, house committees were unable to hold dialogue with the commissions,” said Krishna Prasad Dahal, chairperson of the Fiscal Committee of Federal Parliament. “The situation will be different incoming parliament where a committee will invite and start queries on their annual reports.” 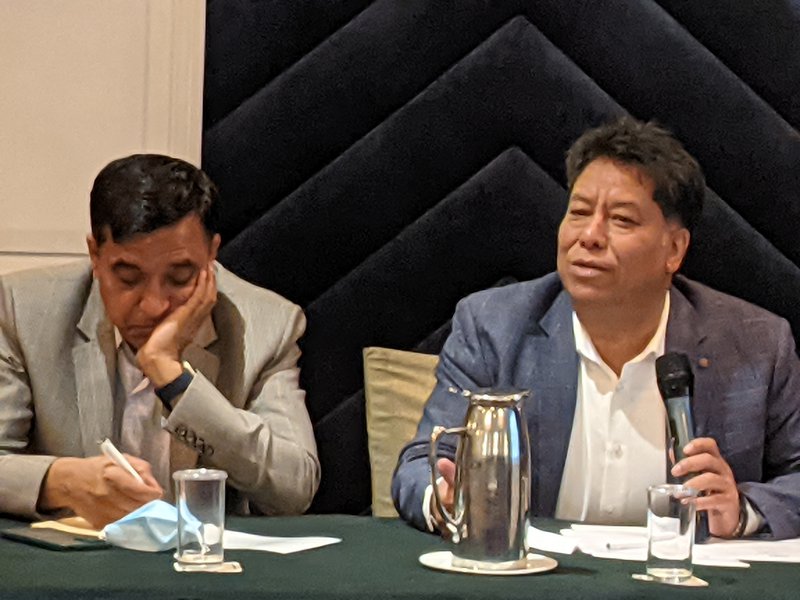 He also blamed the role of the speaker to make the committees defunct and inactive.” Except for Public Account Committee, all other committees are inactive due to the failure of the leadership of the speaker to give proper direction. Speaker is our leader and his leadership quality determines the quality work of the committee,” said Dahal who invited the members and chair of the National Natural Resources and Fiscal Commission to discuss its annual report.

Babita Mishra, joint secretary and Secretary of State Affairs and Good Governance, said that once the full house of parliament hands over the annual report to the committee, there is a provision to discuss it. “Law-making business consumed much of our time this time. Thus, the committees were unable to discuss the report.”

Secretary of Law, Justice and Human Rights Committee Laxman Aryal said that there needs to have good communications between the commission and the Committees of the House of Representatives to strengthen the commission. He holds the view that there are no such kinds of relations.

“At a time when the government has no policy, strategies and plans for strengthening the commissions, the parliamentary committee can help them a lot. However, this is not happening because the committees are also working like a shadow of the government.”

At a time when the committees in the federal parliament are giving no time to discuss the commission’s report and give necessary guidance, the Election Commission shows a way out.

The Commission took a decision within its legal and constitutional periphery forcing political parties to adhere to the elections code of conduct. The commission has strictly implemented the code of conduct even forcing elected officials to tender resignation to file the nominations.

The commission in engagement with media and civil society originations is able to pursue its agenda for elections reform. Although Election Commission exists with other 13 independent constitutional bodies with specific mandates to conduct all the elections.

National Natural Resources and Fiscal Commission has also shown a way out to make it accountable to the people in absence of the supervision and monitoring by the oversight agencies like the Parliamentary committee. 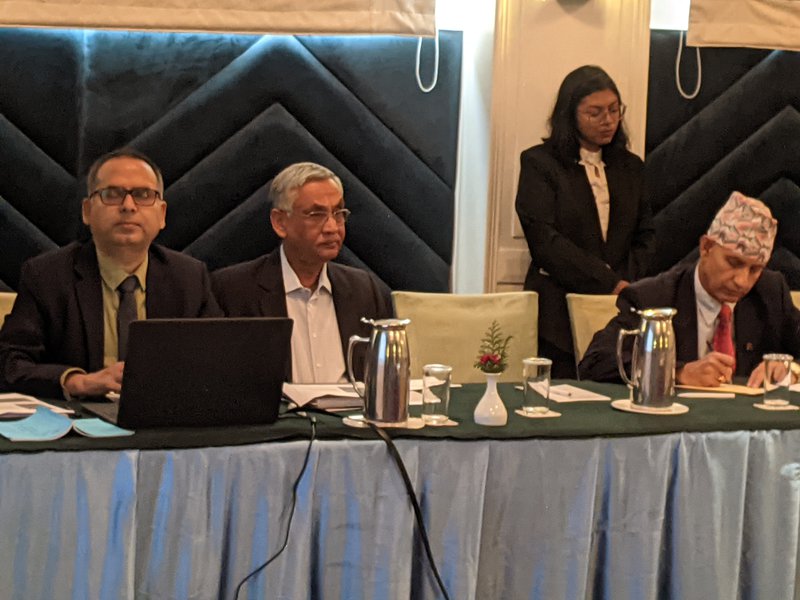 Murari Kharel, acting secretary of the Human Rights Commission, said that we all are weakening the constitutional bodies taking this side and that side. As long as political leaders continue to have a mentality to nominate their own persons in the commissions nothing will change.

He said taking this side and that sides civil society members and media are further weakening the Commission. All the commissions are defunct now due to a delay in taking the decision on the petition.

Deputy Auditor-General Ramu Dotel holds the view that only by strengthening the constitutional commissions, our democracy will strengthen and it will be accountable. “ The situation is not heading the right way now where the central government is trying to curtail the rights of the commissions. Civil society and media should come to save our autonomy and independence,”

He said that the active role of constitutional bodies is key to achieving the objective pursue in the preamble of the constitution to make Nepal an inclusive, federal state.

The EU And Nepal Hold Their 14th Joint Commission By NEW SPOTLIGHT ONLINE 12 hours, 31 minutes ago