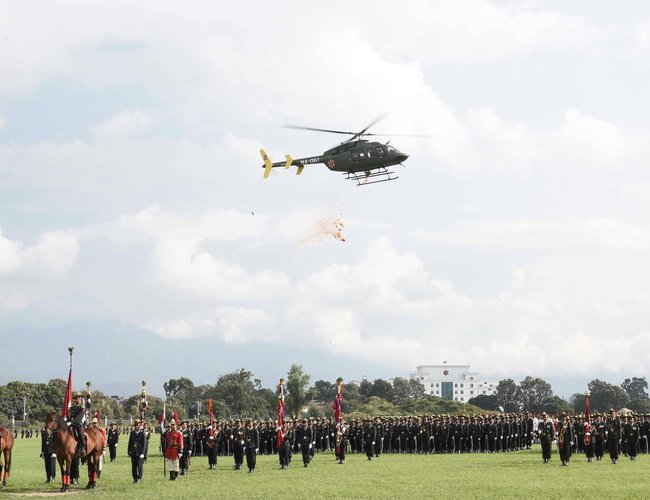 The Nepali Army (NA) said that it has kept a team with helicopters at three places outside the Kathmandu Valley round the clock, beginning 10 days before the local level elections reports The Rising Nepal.

Considering the security threat in the election, the army has been keeping a team standby in Itahari of Eastern Command, Pokhara of Central Command and Surkhet of the Western Command, said Army Spokesperson and Brigadier General Narayan Silwal.

The government has instructed the army to be ready to reach every polling station within 30 minutes of urgency.

Spokesperson Silwal said that the army had been mobilised for election security from April 14, the day after the President issued the order for the same.

SEE’s Exam Routine Published, Starting From March 31 To April 12 By Agencies 9 minutes ago

International Flights Resume At TIA By Agencies 12 hours, 8 minutes ago