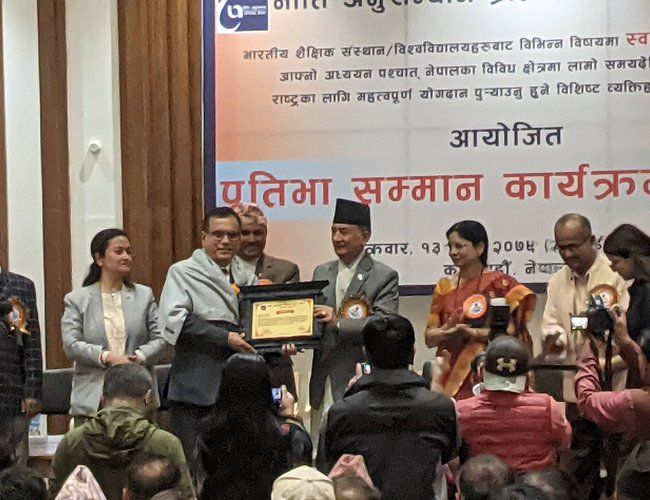 Minister of Communication and Technology Gyanendra Bahadur Karki said that Nepalese studied in India has greatly contributed to the overall development of Nepal.

He said that Nepal is always grateful to India for its contributions and support to Nepal’s development and democratization. Addressing a felicitation Program-2079 organized by Neeti Anusandhan Pratishthan, Nepal (NeNAP), he thanked NeNAP for organizing the program. He said that Nepal and India are close neighbors and shared a common culture, religion and history.

These include Nepali Students, who graduated under self-finance and different scholarship schemes of the Government of India. Addressing the program, the governor of Nepal Rastra Bank Adhikari said that Nepal has immensely benefited from India's returned students.

Executive director of NeNAP Dipak Adhikari said that the relations between Nepal and India have shared values and culture. He said that facilitated individuals have been contributing to various sectors of Nepal.