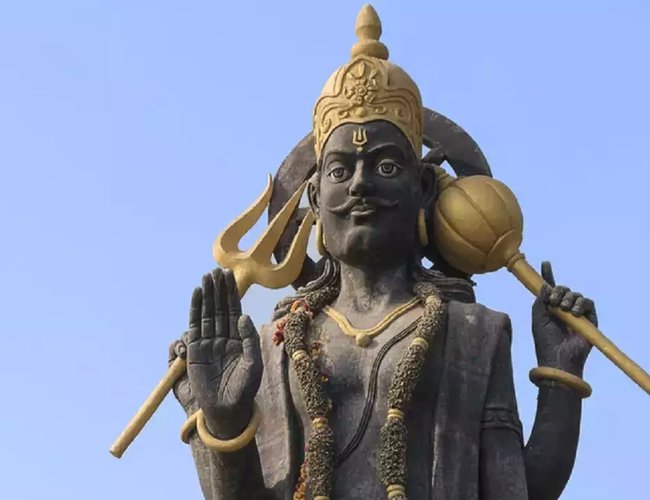 People in Nepal and India are observing Shani Jayanti today (May 29 and 30). Shani Jayanti is referred to the birth anniversary of Lord Shani Dev. The day falls on the day of Jyestha Krishna Paksha Amavasya Tithi, and that is why it is known as Shani Amavasya. Shani Dev is also referred to as Lord of Justice.

Lord Shani (Saturn) was the son of Surya Dev (Sun) and mother Swarna (Chhaya).As per Hindu Mythology, people consider this day extremely auspicious for Hawan in order to please Lord Shani. Shani Tailabhishekam and Shani Shanti Puja are the most important ceremonies that should take place on this day.

Devotees of Lord of Shani Dev keep fast the entire day on this auspicious day and also visits Shani temples in order to seek the blessing of Lord Shani. People of the Hindu community believe that Lord Shani always believed in Justice. Devotees keep fast to get good luck and fortune.

Along with this, people also believe that if the grace of Shani Dev is not a part of someone's life, then even after working hard, they do not get the desired result.

People who do not have Lord Shani's blessing are always surrounded by trouble and do not even get rewarded for their hard work.

The Amavasya Tithi (New Moon Day) in the Hindu month of Jyeshstha (as per the Purnimant calendar) marks the birth anniversary of Shani Dev, who is hailed as the Lord of Karma/Justice. Interestingly, Shani Dev embodies the planet (Graha) Shani and plays a pivotal role in people's natal charts. And therefore, every individual gets impacted by this Graha, either positively or adversely. Hence, the need to negate the malefic effects arises. As a result, people offer their salutations to Shani Dev, and follow a set of rules.

Saturday (Shaniwar), the day dedicated to the Lord in question, is deemed ideal for carrying out a few rituals meant to please him. Over and above, Shani Jayanti is celebrated annually on Jyeshtha Amavasya Tithi. Hence, this day is also called Shani Amavasya.