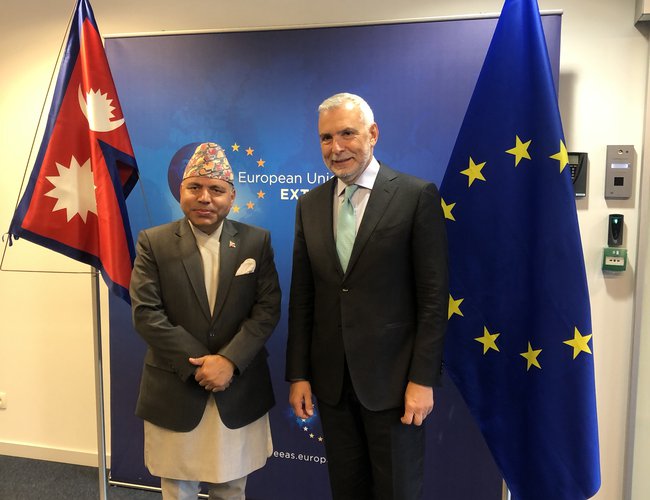 Foreign Secretary Bharat Raj Paudyal held meetings with Secretary-General of the European External Action Service (EEAS) Stefano Sannino; Managing Director for Asia and Pacific at the EEAS Gunnar Wiegand and other senior officials at the Directorate-General for International Partnerships (DG INTPA) and the Directorate-General for Climate Action (DG CLIMA) of the European Commission at the European Union headquarters in Brussels Monday.

During the meeting with the Secretary-General of the EEAS, the Foreign Secretary discussed overall bilateral relations and cooperation between Nepal and the EU.

The Foreign Secretary participated in a lunch meeting hosted by the Managing Director for Asia and Pacific at the EEAS in the afternoon. During the occasion, they discussed all major areas of Nepal-EU relations and also reviewed the areas of cooperation since the 13th Joint Commission meeting held in Kathmandu in November last year.

The discussion focused on areas such as the socio-economic impact of COVID-19, development cooperation, economic relations and EU market access to Nepali products in the context of the planned graduation of Nepal from the LDC status, cooperation in climate change and environmental issues, air safety and access of Nepal’s airlines to the EU sky, among others. They expressed satisfaction over the ongoing cooperation between Nepal and the EU, and agreed to continue working towards further consolidating the cooperative relations. 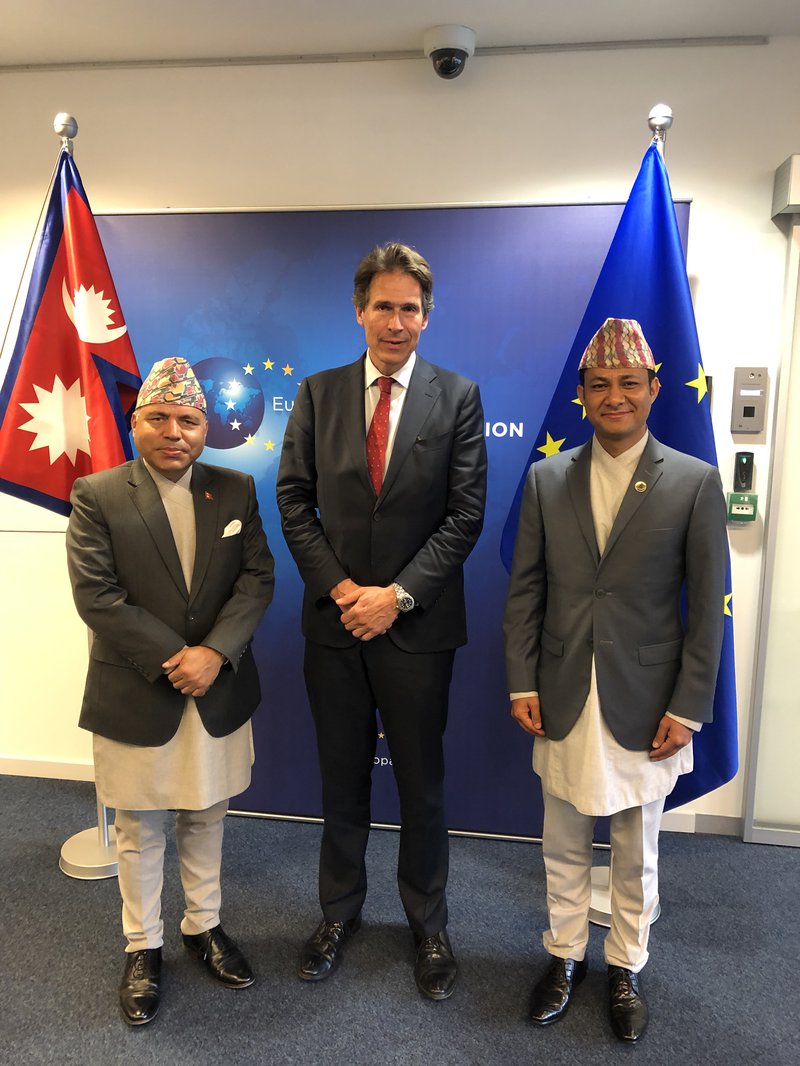 The Foreign Secretary also held separate meetings with DG INTPA and DG CLIMA at the European Commission. During the meeting with Jean-Louis Ville, Acting Director for Middle East, Asia and Pacific at DG INTPA, they discussed various aspects of development cooperation between Nepal and the EU.

Similarly, the meeting with Dimitrios Zevgolis, Head of Unit for Multilateral Affairs at DG CLIMA, focused on the issue of climate change and environment protection, and the cooperation in the areas of adaptation, and mitigation, climate finance and technology transfer.

Gahendra Rajbhandari, Ambassador of Nepal, and other officials from the Embassy of Nepal in Brussels were present during the meetings.

Melamchi’s Water To Be Distributed By December 13 By Agencies 5 hours, 17 minutes ago