Nepal And Finland Joined Second Edition Of The Bilateral Consultations

Nepal And Finland Joined Second Edition Of The Bilateral Consultations 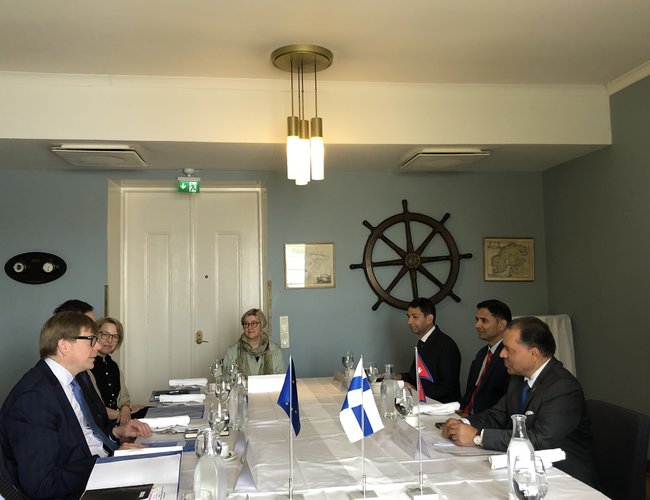 The Foreign Ministries of Nepal and Finland held the second edition of the Bilateral Consultations in Helsinki today. Foreign Secretary of Nepal Bharat Raj Paudyal and Jukka Salovaara, Permanent State Secretary of the Ministry of Foreign Affairs of Finland, led their respective delegations to the Consultations. 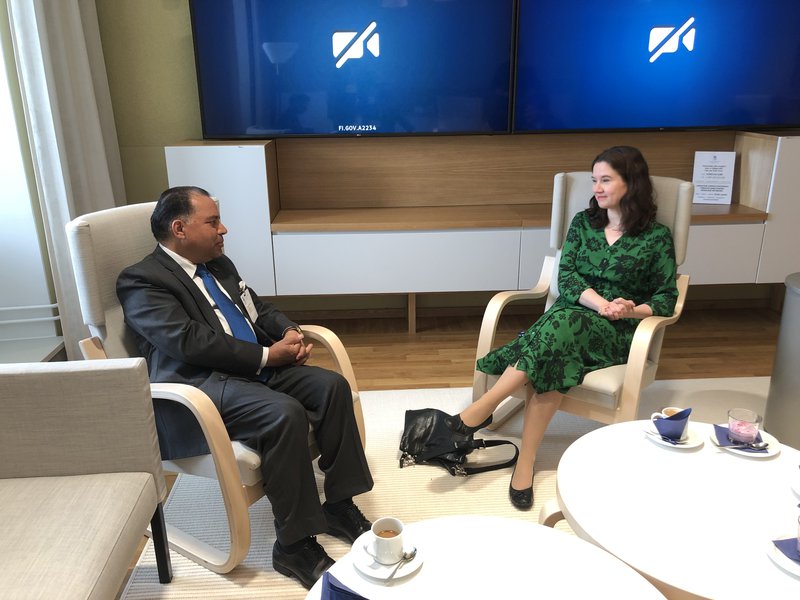 During the consultations, Nepal and Finland agreed to give new momentum to trade, investment tourism and other productive sectors, bilaterally as well as through the EU mechanisms.

The delegations exchanged views on further strengthening the Nepal-Finland friendly relations and promoting the scope of cooperation. They underscored the importance of high-level visits and interactions at all levels, while highlighting the need of enhancing economic engagements in the days ahead. 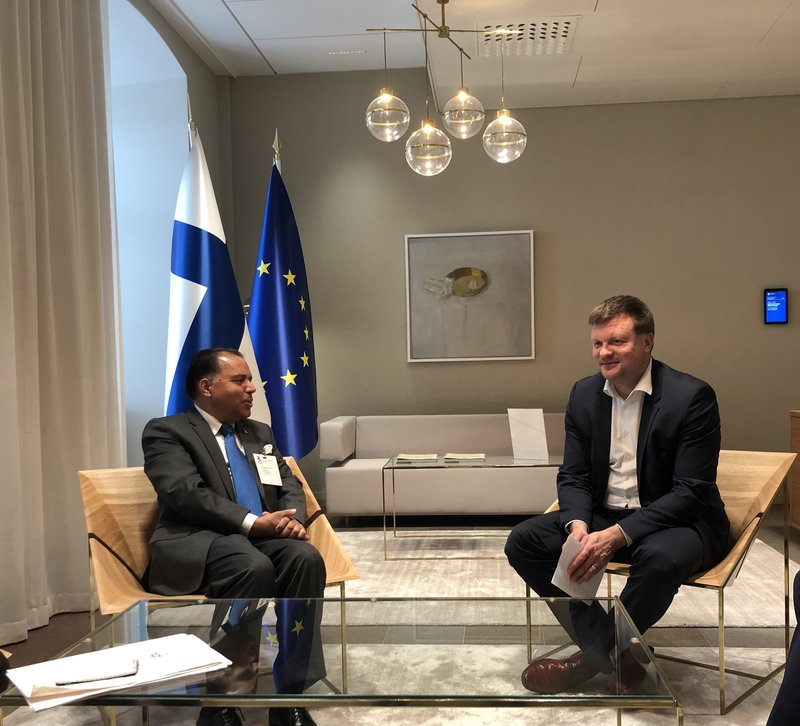 The two sides agreed to give new momentum to trade, investment tourism and other productive sectors, bilaterally as well as through the EU mechanisms. The Nepali side thanked Finland for its support and solidarity during the COVID-19 pandemic.

Nepal also appreciated the Finnish cooperation in various sectors, which has contributed to the realisation of SDGs. The Finnish side commended achievements Nepal has made in recent times, including in the institutionalization of democratic processes, gender equality and inclusion. Finland assured Nepal of its continued cooperation with Nepal’s socio-economic development, as the country prepares for post-COVID economic recovery.

The two sides also discussed matters of regional and global importance, including climate change, connectivity and multilateralism. The Finnish delegation comprised the Ambassador of Finland to Nepal Pertti Anttinen and senior officials from the Ministry of Foreign Affairs of Finland. The Nepali delegation included Joint Secretary at the Ministry of Foreign Affairs Nirmal Raj Kafle, Joint Secretary at the Ministry of Finance Chakra Bahadur Budha and Chargé d'Affaires a.i. of the Embassy of Nepal in Denmark Tirtha Raj Aryal. 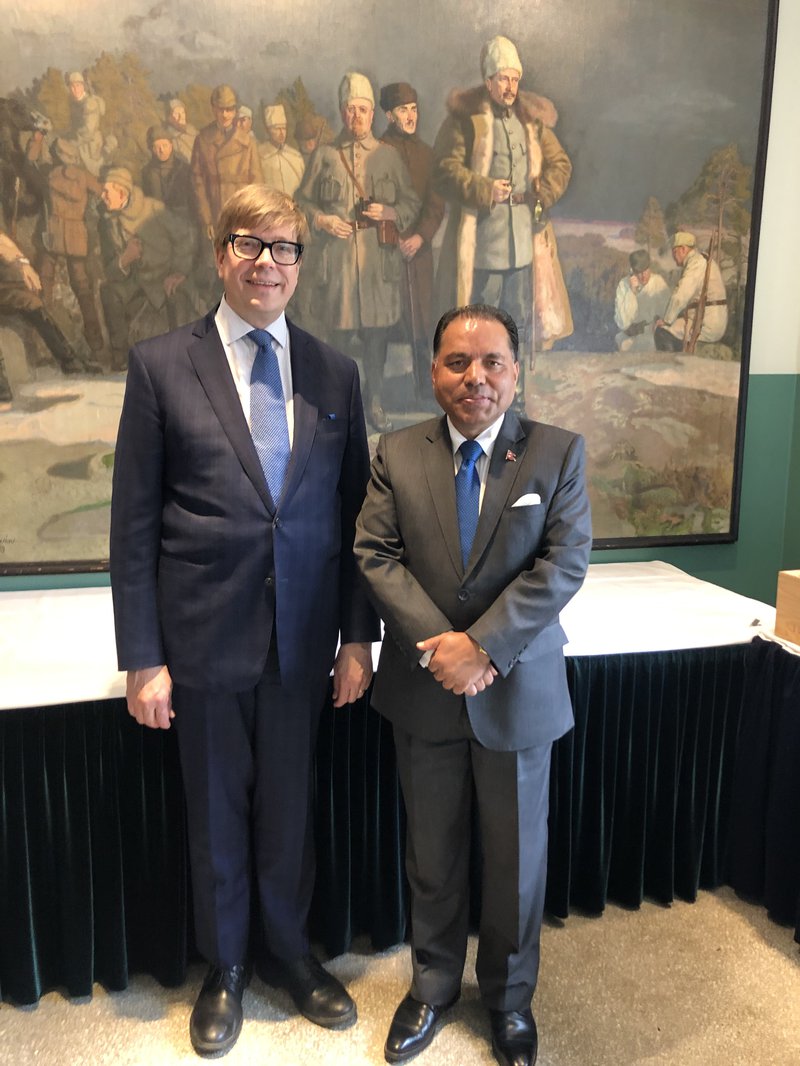 Prior to the Bilateral Consultations, the Foreign Secretary called on Ville Skinnari, Minister for Development Cooperation and Foreign Trade of Finland. He also met with the Political State Secretary of Finland Ms. Johanna Sumuvuori. On both occasions, the two sides exchanged views on matters of mutual interests, including cooperation at the bilateral and multilateral levels and people-to-people contacts. Also today, the Nepali delegation led by Joint Secretary Chakra Bahadur Budha held a meeting with the Finnish delegation under the framework of ‘Country Consultations’ and discussed the status of implementation of projects under Nepal Finland cooperation and the way forward.

New Data On Nepal PLHIV Stigma Index 2.0 Indicates The Need To Create Arespectful And Equal Environment For PLHIVs In Community And Workplace By NEW SPOTLIGHT ONLINE 2 days, 5 hours ago

Melamchi’s Water To Be Distributed By December 13 By Agencies 3 days, 23 hours ago