After the announcement by Minister for Finance Janardan Sharma in his recent budget to provide subsidies for electric cooking, removing subsidies from LPG, Nepal’s clean cooking movement has entered a new phase. With the rising global oil prices and growing electricity production inside the home, minister Sharma has found the right time to save millions of dollars given as a subsidy to import the LPG. With the announcement of the new energy policy by the federal government, the response of local and provincial governments will determine how quickly the clean e-cooking campaign will move. As provincial and local level governments are key to making the transition of energy a success, how the new budgets of provincial and local governments address the issue will determine the future of the campaign 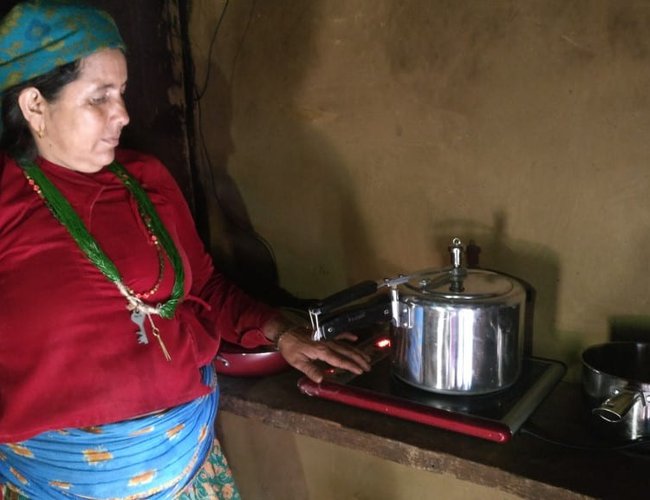 With the announcement by Finance Minister Janardan Sharma to launch a campaign to replace Liquefied Petroleum Gas (LPG) and connect electricity for cooking all over the country, Nepal has entered into a new phase of energy transition from LPG to clean cooking and petroleum products to electricity.

At the start, Minister Sharma declared that the Singh Durbar will be free of gas cylinders to promote electric stoves. He also said that metropolitan and sub-metropolitan cities will also apply this. 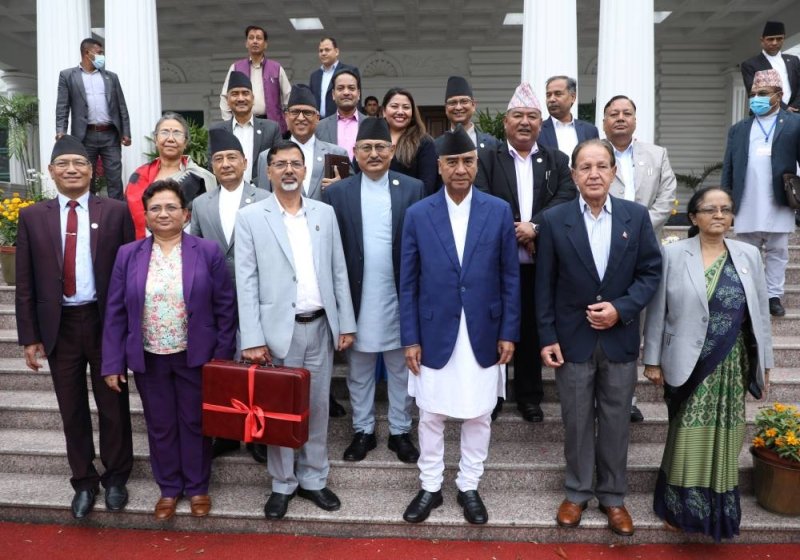 Finance minister Sharma has announced a big decision on energy transition, the success of the campaign will finally depend on how provincial and local governments will take the decision.

Given the rise of global oil prices and continual pressure on Nepal’s foreign currency reserves, province and local levels do not have much option other than to follow federal policy.

From the federal level, Minister Sharma has pushed the agenda of a clean cooking campaign at the local levels. However, it is yet to see how local levels respond to his mission. The provincial governments also need to make such commitments. The replacement of LPG will have an immense impact on Nepal’s energy sector and industry.

Although Energy, Water Resources and Irrigation Minister Pampha Bhusal have been campaigning to replace the LPG with electricity since her appointment as minister of energy, her drive did not go much further. Minister Bhusal retracted her move reportedly after a threat from LPG producers.

With over 100 LPG filling industries all over Nepal, LPG producers have a very strong political lobby in all political parties. As things are out of the control of the government, they are helpless this time. Given the option to go for clean cooking, they will likely shift their industry.

With the Ukraine crisis and rising global oil prices, Nepal has faced a huge trade deficit in importing petroleum products. When Minister Sharma announced that gas stoves will be removed and replaced by electric stoves from Singh Durbar, there is no voice of opposition. Minister Sharma has further announced that all government offices and metropolises and sub-metropolises will remove LPG stoves within three months.

Minister Sharma’s announcement to provide more subsidies to electric vehicles will likely reduce the use of petroleum products. This indicates Nepal is in an energy transition stage.

Response At Province And Local Levels

The Alliance of federal ruling parties has a majority government in seven provinces. Similarly, ruling alliances have secured victory in two-thirds of local levels – that means, finance minister Sharma will have big support.

Province 1, 2, Gandaki, Lumbini, Karnali and Sudurpaschim Provinces have already backed minister Sharma’s call to replace the LPG with renewable energy. Although Bagmati Province did not specifically say anything on replacing LPG with electricity and renewable energy, the government will announce subsidies to promote electric cooking.

Mayors of five Metropolitan cities like Kathmandu, Lalitpur, Pokhara, Birgunj and Biratnagar responded positively to the finance minister. “This is the right time to make our city clean from pollution. We are ready to support the government not only converting kitchen into electric but also converting the petrol vehicles to electric,” said Chiribabu Maharjan, Mayor of Lalitpur Metropolitan City. 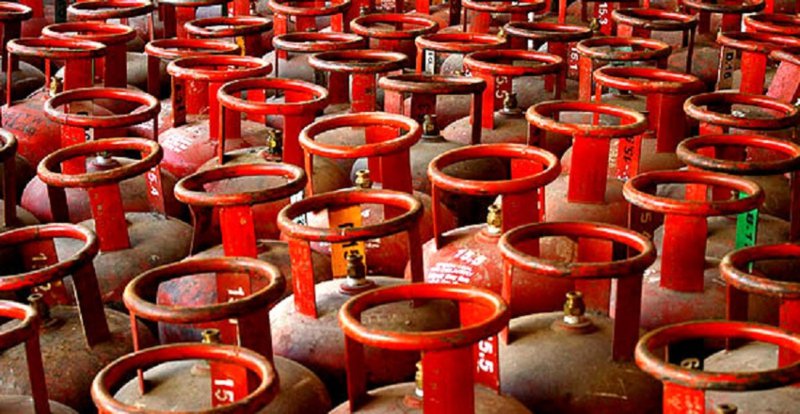 Even for replacing LPG in Singh Durbar and metropolitan and sub-metropolitan cities, the government will require the import of over 200,000 stoves and Nepal needs to spend dollars to purchase them.

At a time when the finance minister also announced support for domestic industry, this is the right time to start the production of the electric stoves back home. To save foreign currency further, Nepal needs to promote the private sector to invest in producing the e-cooking devices at the home.

Minister also said that the electric stoves will be provided nationwide by displacing gas stoves within the next seven months.

Unlike in the past, the government has allocated a budget to provide subsidies for purchasing electric stoves. This means the campaign to replace the LPG start from the coming fiscal year.

Finance Minister Sharma has announced that the government will provide subsidies for induction stoves. Minister Sharma also said that he has allocated the budget to distribute electric stoves at subsidized prices to each household in collaboration with the province and local government.

According to CBS Data, Nepal has currently 6.6 million households and Nepal will require at least 2 to 3 million electric stoves in the next two to three years. At a time when CG, Samsung, and other few industries have been producing Nepal-made stoves, there is the need to provide production subsidies so that such stoves can be produced within the country.

He also said that the electricity consumption will be increased from 400 units to 400-kilowatt hours per person. He said that improved stoves will be distributed to those who do not have access to electricity. Minister Sharma has announced the allocation of the budget to make cooking clean.

Transfer Subsidy From LPG To eCooking

Finance Minister Sharma has announced to review subsidy given to LPG by the government. Announcing review of the subsidy given in the Liquefied Petroleum Gas (LPG), Minister Sharma in his annual budget for 2079/080 said that the Ministry of Industry, Commerce and Supply are doing homework to promote electric stoves instead of providing subsidy to LPG.

Despite increasing the price to Rs.1800, Nepal Oil Corporation is currently giving per cylinder Rs. 1050 subsidy in LPG. NOC has already given the green signal to transfer the present subsidy given to LPG to electric cooking.

Finance Minister Janardan Sharma said that a campaign will be launched to replace LP gas and connect electricity.

ATEC, a startup company that has experience in e-Cooking and Biogas in Cambodia, Vietnam and Bangladesh, shared its experiences with Nepalese entrepreneurs, activists and representatives of the organizations working in this sector.

Nepal has started the clean cooking campaign for a long. To promote e-cooking the government imported induction from China in 2015. However, it did not last long. Over 20 organizations including national, provincial and local governments, semi-government like Alternative Energy Promotion Center, Nepal Electricity Authority, UN Agencies INGOs, and development partners have been working on the clean cooking campaign.

Nepal’s climate change policy and Social Development Goals have already set a goal to increase clean cooking by promoting electric cooking and bio-gas for a long. However, it did not materialize. The current global energy crisis and growing prices of LPG in the international market have changed the situation dramatically.

With surplus electricity in its hand, Nepal has the best option to replace LPG within the city areas by promoting e-cooking. However, improved distribution and supply systems are required. 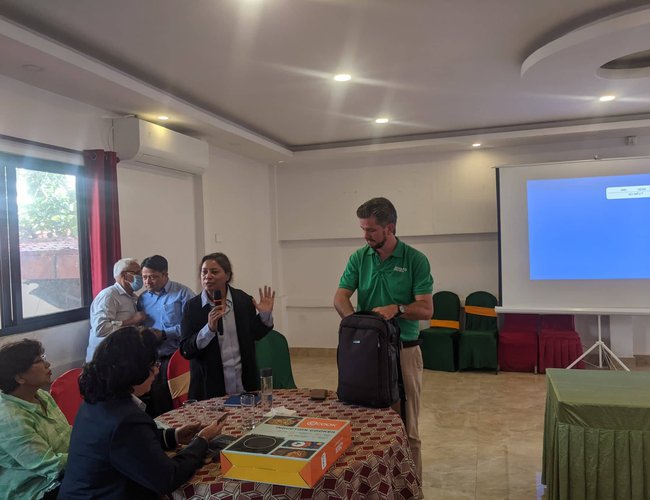 ATEC now serves over 25,000 people with modern cooking and has over 50 staff across Cambodia, Bangladesh and Australia. With a lean start-up model, ATEC is using disruptive technology, best practice eCommerce methods and data to drive decisions at every level.

“Our analysis shows that electric cooking is best placed to become the number one cooking solution globally given the average 50% running cost of LPG, user safety and production scalability,” says Ben Jeffreys. “10 years ago electric cooking wouldn’t be feasible for many emerging markets given the lack of access to electricity. However, this has impressively changed across Asia and Africa, with Bangladesh earlier this year announcing that 100% of households now have access to electricity. This is a dramatic improvement from a connectivity rate of just 47%, 13 years ago and we see similar electrification trends in other emerging markets in Asia and Africa.”

“ATEC plans to be the global leader in offering a hardware + carbon credit + paygo solution to distributors across Asia and Africa at scale - driving accessibility to modern cooking solutions while simultaneously generating high-quality carbon credits. It’s this ‘flywheel effect’ of utilizing carbon revenues to drive down household cooking costs that will bring modern cooking to every person on the planet.”

Presenting Nepal’s situation Subarna Kapali from Ajummery Bikas Foundation presented Nepal’s scenario focusing on the overall use of Bio-gas plants to generate clean energy for cooking. Kapali said that Nepal is in the process of transformation in cooking energy.

Moderated by president Guna Raj Dhakal, Chairperson of RECON, Bhuwan Khanal from Nepal Biogas Promotion Association said that Nepal has currently 450,000 bio-gas plants in the country. He said that Nepal can welcome any technology which can enhance the present model. 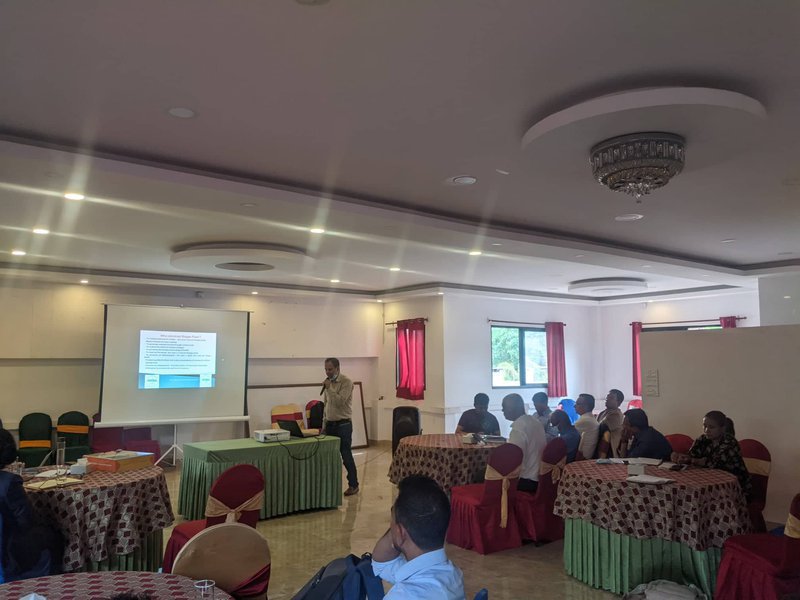 Kushal Gurung, a bio-gas entrepreneur, highlighted the challenges faced by private sectors in Nepal in selling the biogas generated in the country.

“Solving clean cooking is not just a social impact problem for 4 billion people, but also a $40bn total addressable market and a gigaton carbon credit market opportunity as well,” says ATEC CEO, Ben Jeffreys. “By synchronizing the commercial, carbon credit and social impact opportunities together, we are firm in our belief that solving clean cooking for 4 billion people by 2030 is a realistic goal with ATEC leading this charge globally.”

Wrapping up the interactions, Karuna Bajracharya from Clean Cooking Alliance said that the devices produced by ATEC are reasonably good in terms of price and it is better in terms of technology.

She said that Nepal’s electric cooking and bio-gas both need more appliances and devices to change the current state of use of energy. 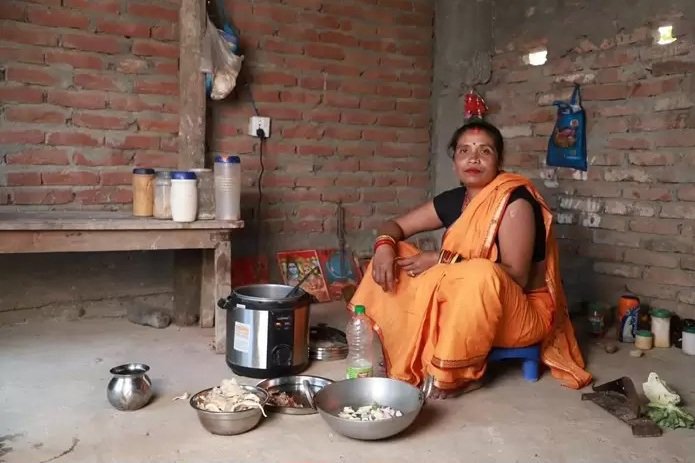 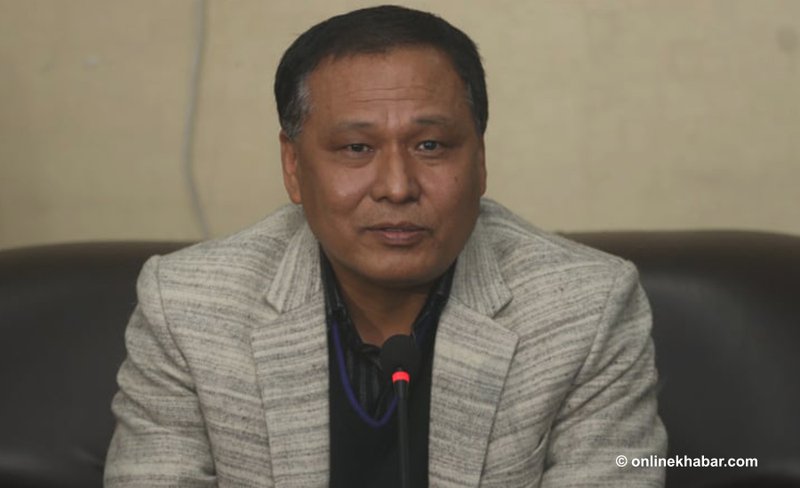 As the federal government has announced a policy for energy transition, the policies of provincial and local level governments will determine how quickly Nepal reduces the use of fossil fuels.

BIO-GAS : Three In One By Keshab Poudel 9 hours, 57 minutes ago

Private Sector And Government Need To Work Together: Dhakal By Agencies 11 hours, 42 minutes ago 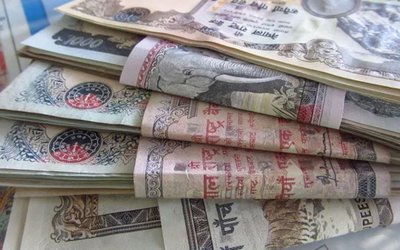 Nepalese Rupees Traded To Lowest Against U.S Dollar By Agencies 3 days, 11 hours ago

Nepal Exported Electricity Worth Of Rs.1.72 Billion To India In The Month Of June By NEW SPOTLIGHT ONLINE 4 days ago