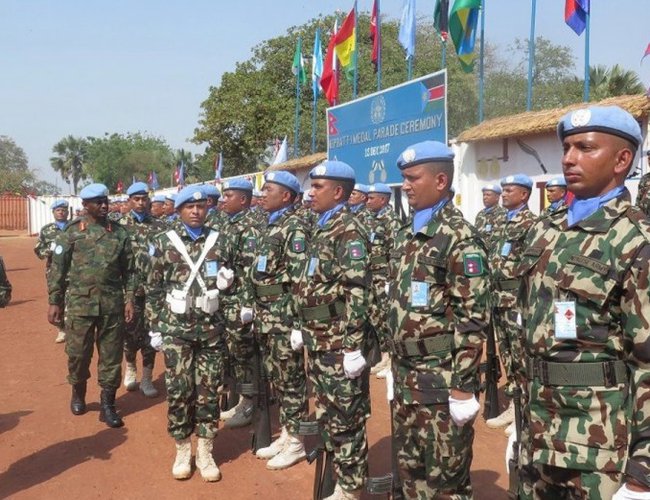 UN Headquarters observes the International Day of United Nations Peacekeepers on Thursday, 26 May 2022. Secretary-General António Guterres will lay a wreath to honor the nearly 4,200 UN peacekeepers that have lost their lives since 1948 and preside over a ceremony at which the Dag Hammarskjöld Medal is to be awarded posthumously to 117 military, police, and civilian peacekeepers, which lost their life serving under the UN flag last year.

Nepal is the 2nd largest contributor of uniformed personnel to UN Peacekeeping. It currently deploys more than 5,700 military and police personnel to the UN operations in Abyei, the Central African Republic, the Democratic Republic of the Congo, Iraq, Lebanon, Libya, the Middle East, Mali, Somalia, South Sudan, and the Western Sahara.

During a special ceremony, the Secretary-General will award the “Captain Mbaye Diagne Medal for Exceptional Courage” posthumously to Captain Abdelrazakh Hamit Bahar of Chad, who served with the United Nations Integrated Multidimensional Stabilization Mission in Mali (MINUSMA). The medal is named for a Senegalese peacekeeper who was killed in Rwanda in 1994 after saving countless civilian lives. This is the second time the medal has been awarded since the inaugural medal was presented to Captain Diagne's family in his honour in 2016.

The Secretary-General will also award the ‘2021 Military Gender Advocate of the Year Award’ to Major Winner Zharare, a Zimbabwean military observer, who served with the UN Mission in South Sudan. Created in 2016, the Award “recognizes the dedication and effort of an individual peacekeeper in promoting the principles of UN Security Resolution 1325 on women, peace and security.”

In his message, the Secretary-General said: “Today, we honour the more than one million women and men who have served as UN peacekeepers since 1948. We pay tribute to the nearly 4,200 heroes and heroines who sacrificed their lives in the cause of peace. And we are reminded an age-old truth: peace can never be taken for granted. Peace is the prize. We are deeply grateful to the 87,000 civilian, police and military personnel now serving under the UN flag who are helping to realize the prize of peace worldwide.” 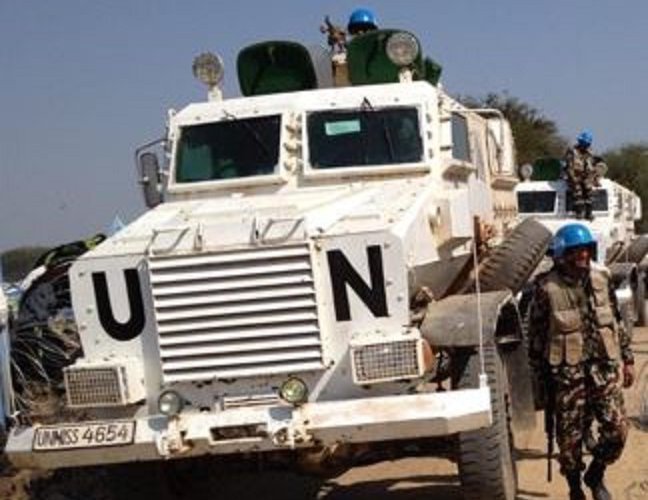 The theme for this year’s observance is “People. Peace. Progress. The Power of Partnerships.” According to the Secretary-General, “Around the globe, UN peacekeepers work with Member States, civil society, humanitarians, the media, the communities they serve and many others, to foster peace, protect civilians, promote human rights and the rule of law and improve the lives of millions of people.”

Jean-Pierre Lacroix, Under-Secretary-General for Peace Operations, said: “Every day, UN peacekeepers work to protect vulnerable people in the worlds most fragile political and security situations. The dangers they face are greater than ever, with increasing global tensions, ever-more complex threats from terrorist attacks to organized crime and the use of Improvised Explosive Devices as well as a surge in mis and disinformation targeting our missions and the communities we serve. Despite these challenges, peacekeepers persevere alongside our many partners in the collective pursuit of peace. Today, we thank them for their tremendous contribution and remember with great sorrow our colleagues who have made the ultimate sacrifice while serving the cause of peace.”

The International Day of UN Peacekeepers was established by the General Assembly in 2002, to pay tribute to all men and women serving in peacekeeping, and to honour the memory of those who have lost their lives in the cause of peace. The General Assembly designated 29 May as the International Day of UN Peacekeepers in commemoration of the day in 1948 when the UN’s first peacekeeping mission, the UN Truce Supervision Organization (UNTSO), began operations in Palestine. Since then, more than 1 million women and men have served in 72 UN peacekeeping operations.