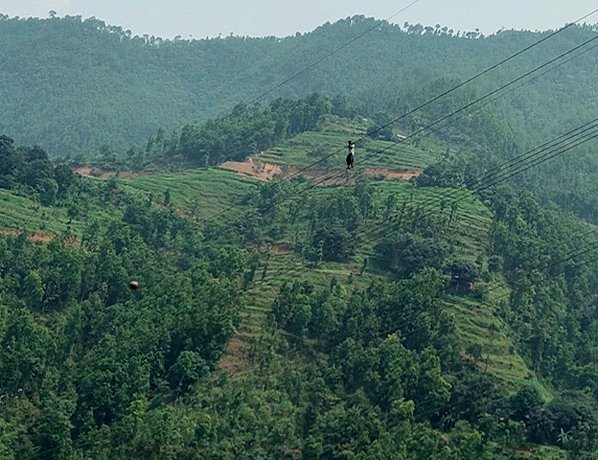 After almost eight hours, Nepal Army’s special team rescued a person hanging on transmission line. The distribution of the electricity has been affected for the last seven hours after a person climbed onto the high voltage transmission line.

Maila BK of Belkotgadhi municipality-13 of Newakot has been on the transmission line located at Kakani Rural Municipality-7 that carries the electricity generated by the Upper Thrishuli-3A.

Suresh Bahadur Bhattarai, spokesperson of the Nepal Electricity Authority (NEA), shared that the supply of power produced by Trishuili-3A and another small hydropower with the capacity of about five megawatts has been disrupted for the last seven hours.

According to the locals, BK climbed onto the line at about 11 am today following a conflict with his family members.

BK is now under a police custody.

Melamchi’s Water To Be Distributed By December 13 By Agencies 6 hours, 25 minutes ago