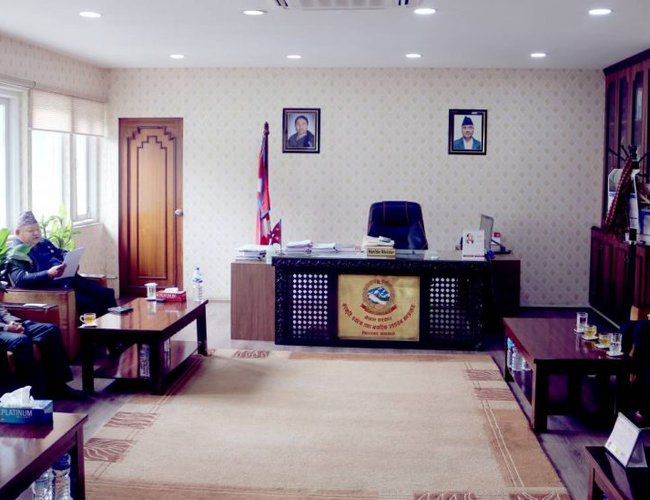 The ambassador visited the Minister at his office and matters relating to Nepal-Spain bilateral relations and cultural and tourism aspects were discussed between the two during the meeting. On the occasion, Minister Ale urged the people of Spain to travel to Nepal for touristic purposes and view the mountain range here.

“At present COVID-19 infections rate is about to come to zero and we urge the Spanish people to travel to Nepal for touristic activities.” The Minister took time to applaud Spain for its lead in regard to climate change issues.

He also informed the ambassador about Nepal’s significant progress in the recent ‘ICAO safety audit’. Terming Spain as Nepal’s important development partner, he thanked Spain for its valuable support to Nepal during the COVID-19 pandemic and the 2015 earthquake in Nepal.

In response, the ambassador said Nepal and Spain have cordial relations and more can be contributed to further enhancement of cultural and trade ties existing between the two countries.

Similarly, the ambassador said Spain is sensitive to the environment and climate change-like significant issues and it is ready to collaborate and cooperate with Nepal in regard to tackling the issues reports Radio Nepal.