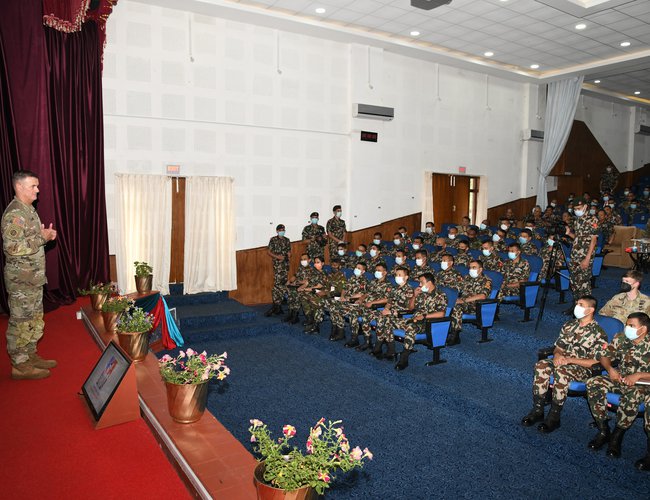 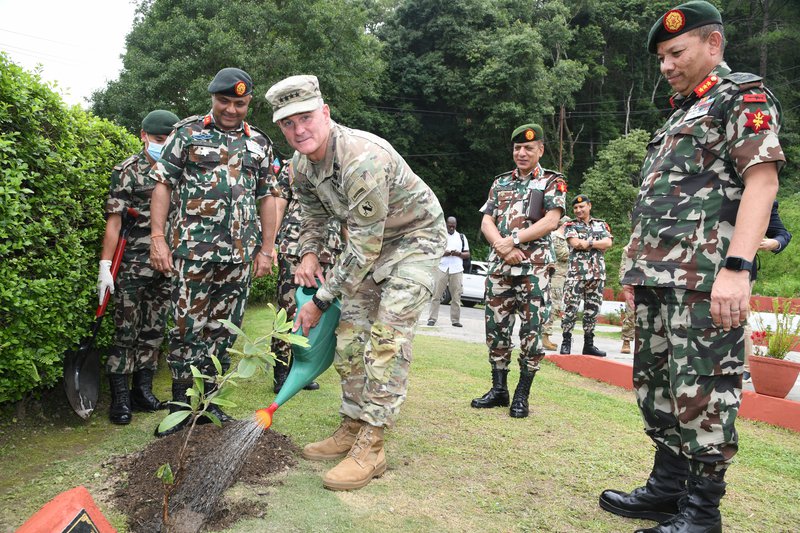 According to a press release issued by Nepal Army, visiting Commander General Flynn and his team were briefed by the commander and head of the peace center and the activities currently undergoing and current state of the center.

After the inspection visit, the team visited Army Command and Staff College (ACSC), Shivapuri. Addressing interaction in the college, Commander General Charles A. Flynn said that Nepali Army is dependable land power and one of the oldest armies in the world.

Attended by Nepal Army’s Generals and officers, General Flynn also inspected the college. He also planted a tree in the premises of the college.

Following the completion of the visit, General Flynn and his team left Nepal. Nepal Army in its press release expressed the confidence that this high-level visit of the military delegation of a friendly country will further enhance and strengthen military relations between the two countries” 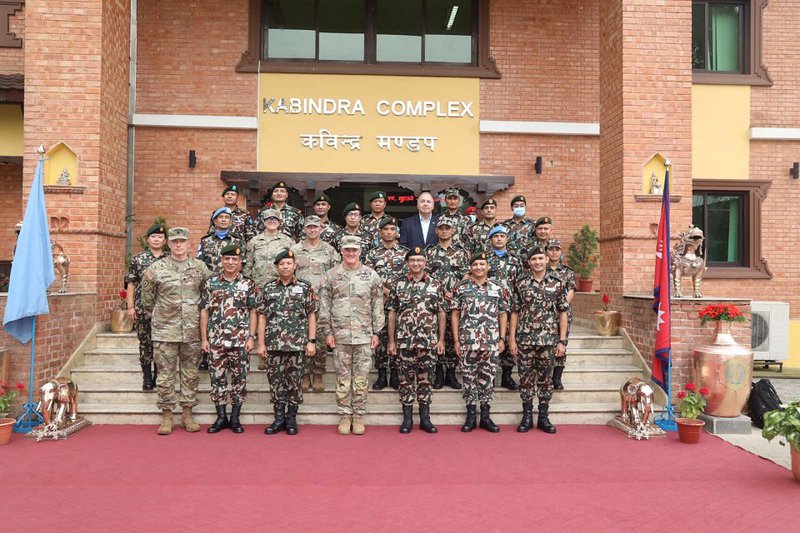 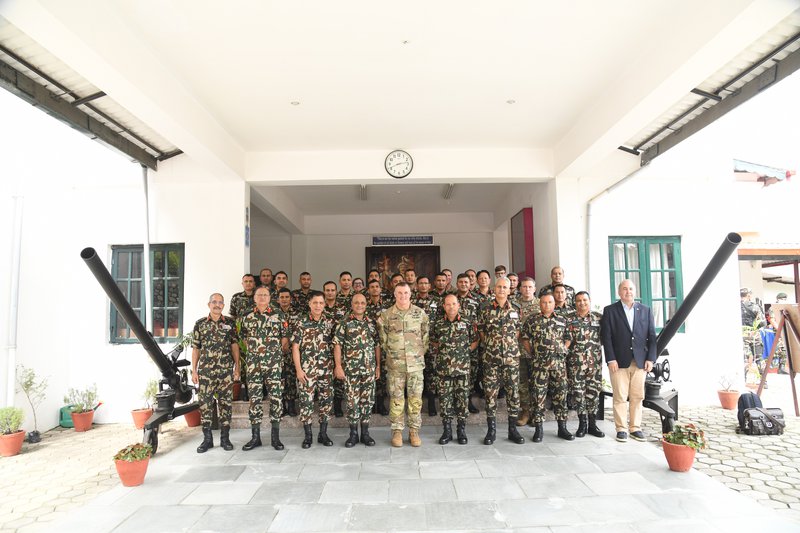 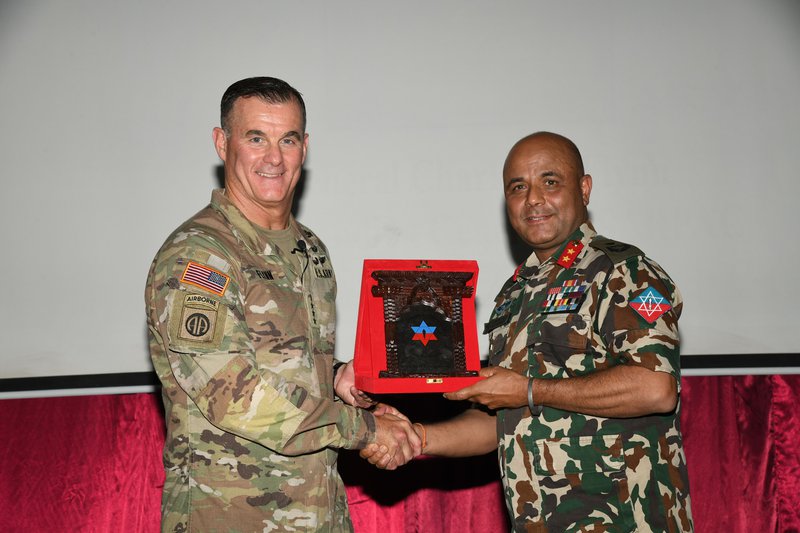 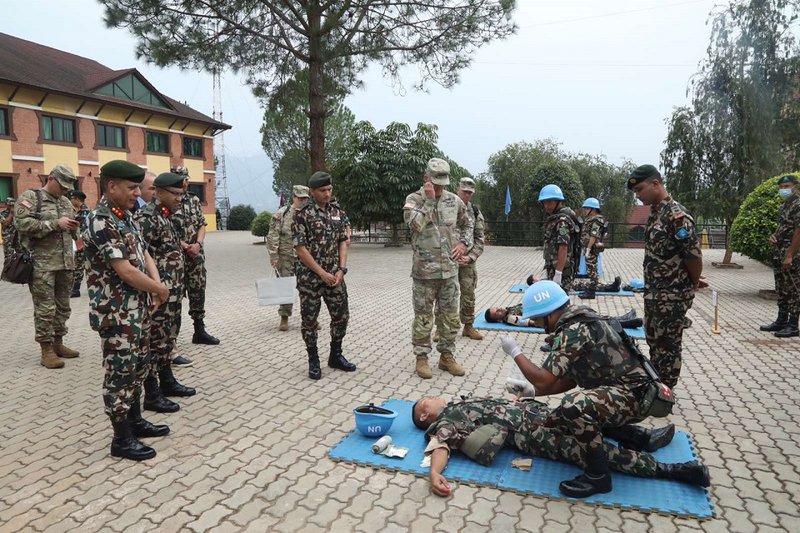