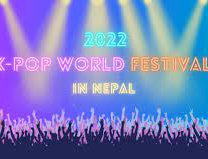 The Embassy of the Republic of Korea in Nepal organized the preliminary round of the 2022 K-pop World Festival in Nepal through online video submission. Over 100 teams had given their application for the contest and 38 teams participated in the preliminary round with one K-pop song of their choice. The top 10 teams out of 38 teams were announced on 1st June 2022.