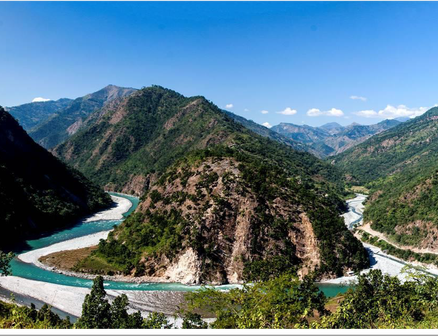 Satlaj Jal Vidhut Nigam, an the Government of India Undertaking Company, is also constructing Arun III which will likely to generate power from next year. The government in its annual policies and program has announced to start the construction from this fiscal year.

According to DPR, the cost of project will be IRS 48 Billion and Nepali Rs. 76 Billion. The project is in the process of Project Development Agreement.

The meeting of the Investment Board Nepal (IBN) on 29 January) decided to award the project to the SJVN under the build, own, operate and transfer (BOOT) delivery method to develop the 679 megawatt Lower Arun Hydropower Project.

SJVN of India; and joint venture of Green Resources Ltd and Electrical Power Development Company to develop the project which has an installation capacity of 900 mw.

Similar to the Arun III hydel project, which will provide 21 per cent free power to Nepal during the concession period, the developer of the Lower Arun hydel project should also prioritise providing certain percent of power free of cost, according to the IBN.

The project cost for Lower Arun is estimated at over 7 billion Nepalese rupees. As per the initial study conducted by Brass Power, the installed capacity of the project can be enhanced to around 1,000 MW if it is developed as a storage-type project.

In September 2019, India had expressed interest to construct the Lower Arun Hydropower Project.

Minister of State for Power, R.K. Singh, had put forth a proposal that the Lower Arun project can be developed by adopting the same model of 900-MW Arun III project.

The developer will hand over the ownership of the project to the government of Nepal after 20 years of commercial operation.