Starting export of 364-MW electricity to India, Nepal has set a historic milestone. With all technical groundwork done by a team led by Nepal Electricity Authority Managing Director Kul Man Ghising, the official visit of Prime Minister Sher Bahadur Deuba to India had made the breakthrough in Nepal-India electricity trade. Showing tremendous goodwill towards Nepal, Indian Prime Minister Narendra Modi directed concerned officials to look at Nepal’s request on electricity export. Opening the market for Nepalese electricity, India has shown that it is a big market for Nepal. As trade is part of a give and take, Nepal needs to follow this principle in dealing with India. For MD Ghising, who wiped out load-shedding in his first tenure, starting the export of big volumes of electricity to Indian market is another feather in his cap of his second tenure 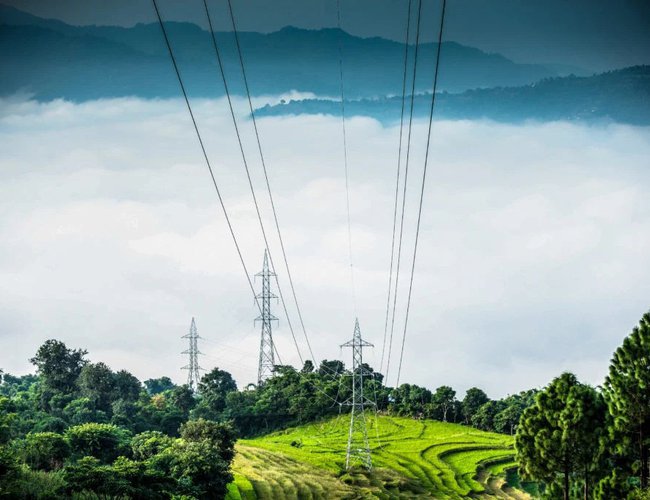 Against Nepalese mindset that India cannot pay the market price to Nepalese electricity, Nepal has been receiving a higher price per unit of electricity exported to India.

This way, Nepal has been selling electricity to India at a better price than it pays for import. Nepal imported electricity from India last winter at an average rate of Rs.9.7. The NEA started selling 37.7 MW of electricity generated by its 24 MW Trishuli and 15 MW Devighat power plants on June 2. 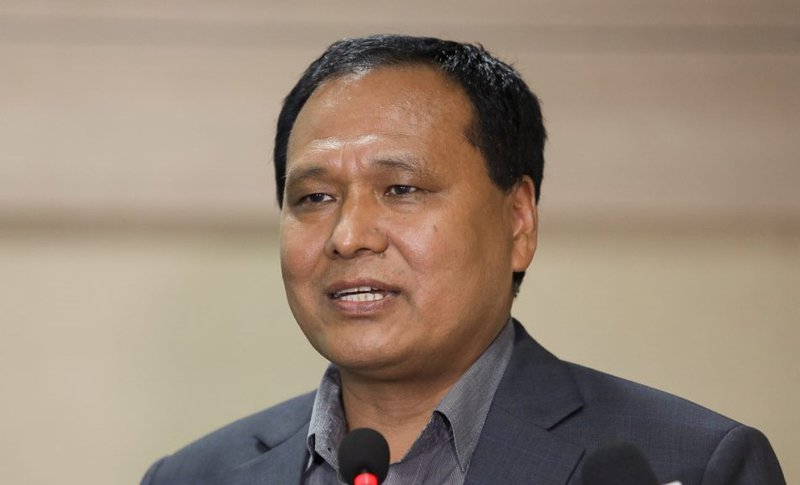 Although different organizations have played their own role to make this historic trade possible, NEA’s Managing Director Ghising was quietly working to prepare technical work to export the electricity. With the backing from the Minister of Energy, Water Resources and Irrigation Pampha Bhusal, MD Ghising’s main priority in his second tenure was to export the surplus electricity to India.

Having been involved in closely paving the way to complete 456 MW Upper Tamakoshi, a game changer hydropower project in his first tenure, MD Ghising faced the challenges in second innings to manage the surplus electricity generated by it.

In a short time, he was compelled to see waste of electricity worth over billions of rupees last year. With the start of the export and completion of several transmission lines to supply electricity from one part to another, MD Ghising has somehow had a relief.

The start of electricity trade between Nepal and India also proves an ill-conceived perception of a handful of Nepalis wrong and irrelevant that India cannot import electricity from Nepal.

By exporting electricity to India, NEA has also made irrelevant the negative connotation of a few so-called pseudo-nationalists that India will not purchase Nepalese electricity.

“I am proud to say that the start of the export of electricity to India sends the message to the common people that Nepal can benefit by selling electricity to India,” said Managing Director of NEA Kul Man Ghising. “This is a historic milestone in the bilateral electricity trade between the two countries.”

There is a reason for MD Ghising to be proud. During his first tenure as MD, Ghising ended decade-long load shedding contributing to the GDP of the country and completed a number of stalled projects.

In his second tenure, MD Ghising set another milestone placing NEA from net importer of electricity to net exporter and changing all ill-conceived and negative perceptions among the people regarding Nepal-India electricity trade. 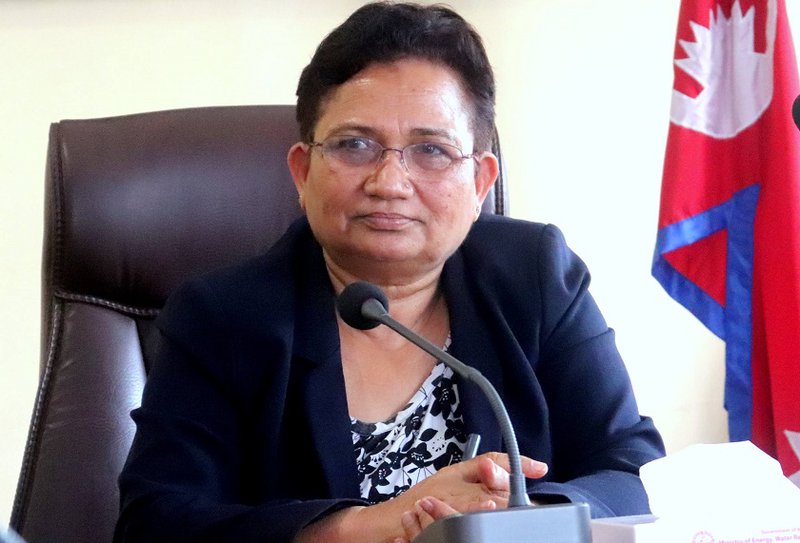 During the recent visit of Prime Minister Sher Bahadur Deuba to India, Nepal had received approval from the Indian side to export up to 364 MW of electricity to the Indian energy market.

The designated authority of India had granted the NEA permission to supply an additional 326 MW to be traded in the Indian power-exchange market.

After the entry of 51 MW of Likhu IV on June 10, developed by private party Green Venture, Nepal’s approved quantum to sell electricity under IEX has been completed. This also indicated that India is also willing to purchase the electricity generated by private sector.

All the electricity under IEX is exported to Indian market through the 400 kV Dhalkbar-Mujafarpur cross-border transmission line. MD Ghising said that this is a milestone in the history of bilateral electricity trade between Nepal and India.

“All have to appreciate and thank the generosity shown by India towards Nepal by providing access to Nepalese electricity in the Indian market. This will carry a positive message at the public level. This has changed the perception,” said MD Ghising.

With this, Nepal India electricity trade has entered a new phase. Constructed with the domestic capital, with involvement of three big Indian companies, allowing 456 MW Upper Tamakosi in the Indian market will be another gift to Nepal. 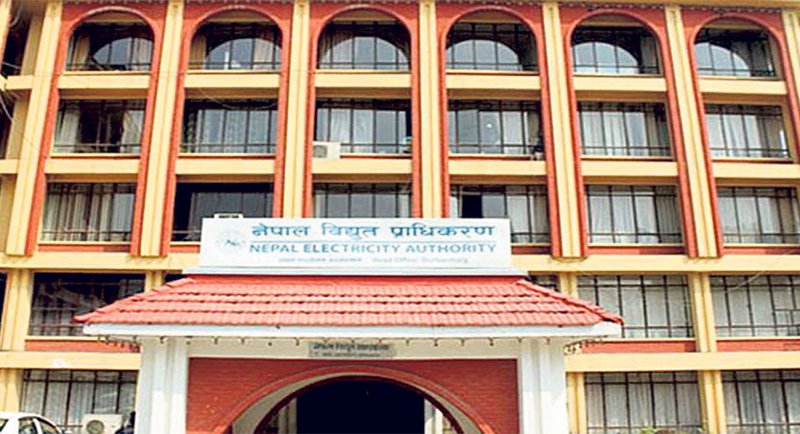 Nepal has also been importing electricity from the Indian state of Bihar on a necessary basis. Nepal pays Rs.9.89 per unit.

Electricity is being exported to India according to the quantity for which it had given permission. There used to be surplus power in the previous years as electricity used to be generated matching the installed capacity.

Five hundred megawatts of power were in surplus in the last monsoon alone which was equivalent to Rs 5 billion calculated in terms of its market value. However, Nepal Electricity Authority (NEA) did not face this problem this year as it has started selling the entire approved 364 MWs of electricity in India through the power exchange market there. 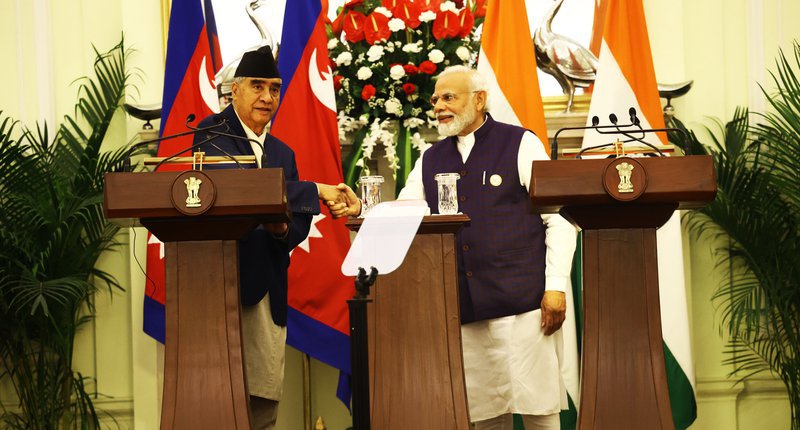 This year, the NEA first started selling electricity generated by Trishuli and Devighat on June 2 with the country's power plants producing surplus electricity due to rising water levels in the rivers where the power plants are based.

NEA need not have to face the problem of managing the surplus power this year due to the government's meaningful efforts. The problem of the country's power utility having to shut down production at its powerhouse to buy power from the private power producers has also been resolved with this.

Last year, NEA had to suspend production from its semi-reservoir-type projects and purchase the electricity generated by the private sector-owned projects.

“To be able to sell the entirety of surplus electricity generated for export with approval received from India is a milestone for the country’s electricity trade,” said MD Ghising. “This has ended the possibility of wastage of surplus energy.”

He said that the NEA is making efforts with Indian officials to sell additional electricity in the Indian market in the coming days.

“We are expecting to export all the surplus electricity to India. This will end the possibility to waste the electricity which is not consumed domestically for now,” said MD Ghising.

Nepal’s peak demand for power stands at 1,773MW average, according to NEA. It has been able to export energy to India at a time when its southern neighbor is facing an energy crisis due to the shortage of coal and its skyrocketing prices internationally amid the Russia-Ukraine war.

Ghising described the sales of 364MW of electricity as an implementation of the Joint Vision Statement on Power Sector Cooperation issued jointly by Prime Minister Sher Bahadur Deuba and his Indian counterpart Narendra Modi in early April.

Last month, NEA had invited bids from Indian companies to sell its 200MW surplus energy in the upcoming monsoon season under a long-term power purchase agreement.

Speaking at a press conference organized at the Ministry, Minister for Energy, Water Resources and Irrigation Pampha Bhusal said that the first step towards the implementation of the vision document on cooperation in the energy sector has been taken after receiving approval from the Indian side for additional power export.

She said that India’s decision to purchase additional electricity from Nepal was positive as there was concern over wastage of electricity generated in Nepal during the rainy season. 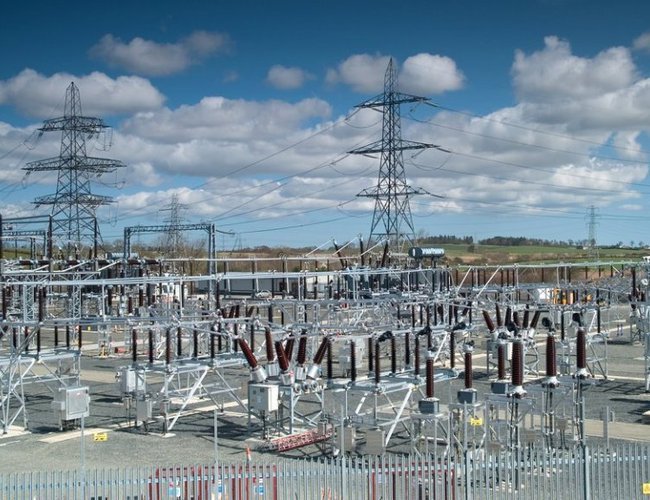 “We needed a bigger market, which has led to further market expansion,” she said.

She said that the surplus electricity after consumption in Nepal would be sold in India and the market for electricity in other countries would be expanded through Bangladesh, Bhutan, India and Nepal Participatory Sub-regional Forum (BBIN).

“This will reduce the trade deficit between the two countries and contribute positively to the economy,” said Minister Bhusal.

“The implementation of the vision document on cooperation in the region has also started, we would like to congratulate and thank all those involved in it,” she said.

Stating that the door of power generation has been opened with the assurance of the market, Minister Bhusal expressed confidence that the scope of electricity trade would also increase in the coming days.

As Nepalese electricity enters into a big market in India, this has started a new era in Nepal’s history of energy trade.

Kathmandu’s Waster Can Generate 342 Kilolitres Of Energy By Agencies 3 hours, 24 minutes ago

JP Morgan Warns Of $380 Oil After Price Cap On Russian Oil By Agencies 8 hours, 22 minutes ago

Indian Oil To Supply NOC Fuel From Barauni By Agencies 1 day, 8 hours ago