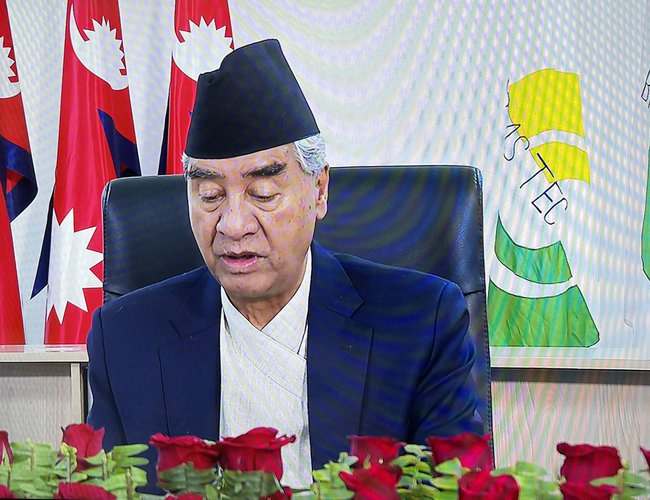 President Bidya Devi Bhandari has reshuffled the Council of Ministers and work division as per the recommendation of Prime Minister Sher Bahadur Deuba.

According to the press statement issued today by the spokesperson for the Office of the President, Sagar Acharya, there are 20 ministers and 3 ministers of state in the Cabinet headed by Prime Minister Deuba.

Newly inducted ministers will be sworn in at 11 am tomorrow, Monday, according to Dr. Bhesh Raj Adhikari, chief personal secretary of the President.

The new reshuffle of the Cabinet has four new cabinet ministers and one state minister from the CPN (Unified Socialist).

107 Days Remains To Hold The Elections: CEC Thapaliya By Agencies 4 days, 23 hours ago

'China Appreciates Nepal's Commitment To One China Principle By Agencies 6 days, 12 hours ago