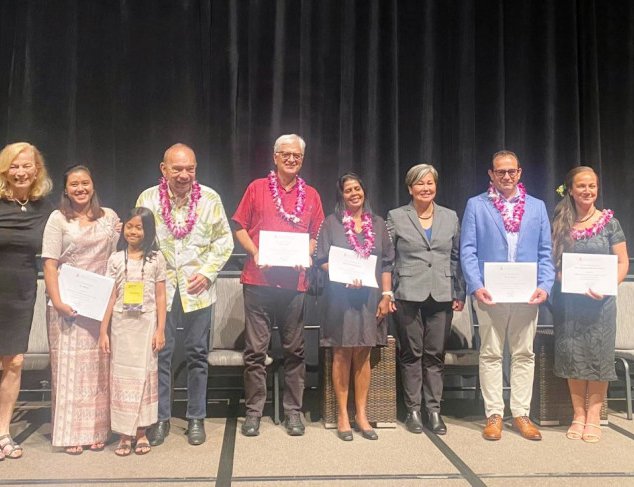 Kunda Dixit, Nepali Journalist and Publisher of Nepali Times, received the East-West Centre Award for Courage and Impact at a ceremony on 28 June in Honolulu.

This award is conferred annually to the journalists selected from the world.

If this was the Oscars, my award would be for Best Supporting Role category. Because that is actually what my journalism career has been mostly about — supporting others in the media profession through mentorship and on-the-job training.

“In fact, the joke back home is that the Nepali Times is a classroom, not a newsroom. At the paper, my focus has always been not just to teach how to do journalism, but also why. This is especially important at this time in history when the mass media in Nepal and elsewhere is in a financially fragile state. This makes it more vulnerable to pressure from corporate interests, the state and the metaverse.”

“At this time when there is a new multipolar Cold War, we have to remember that it is morally more important to defend democracy and press freedom than pursue narrow geostrategic interests — even when those violations are happening among your allies. An enemy of an enemy is not necessarily your friend.”

“You know, I feel like a bit of an imposter being recognised today. The real heroes in the media are those brave colleagues around the world who have paid with their lives, who are in detention, are being tortured, those spending sleepless nights because of the threats to their families, and those trolled and harassed by cyber lynch mobs.”