12 Killed And 26 Injured In Bus Accident In Ramechhap

12 Killed And 26 Injured In Bus Accident In Ramechhap 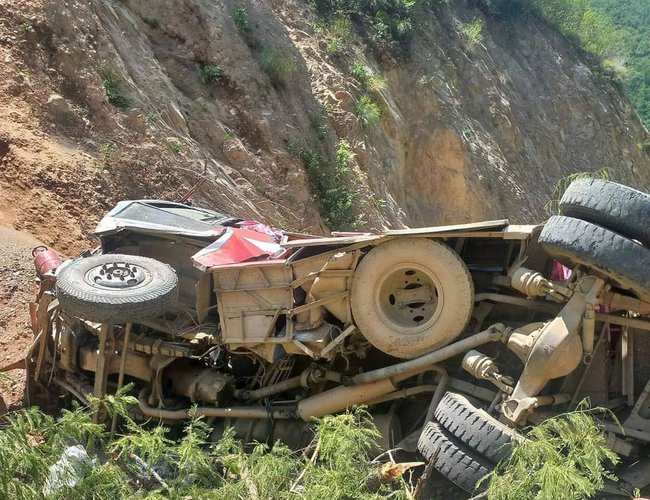 The number of deaths due to the bus accident at Lubhughat in Khandadevi Rural Municipality of Ramechhap district has reached 12.

Raj Kumar Thing, Deputy Superintendent of Police and chief of the Ramechhap Police Office, said that three of those injured and sent for treatment to Dhulikhel hospital have died in addition to nine people who died on the spot.

The ill-fated bus (Ba 3 Kha 8396) was heading to Kathmandu from Bethan of Sunapati Rural Municipality in Ramechhap.

26 passengers had injured in the accident and of them, three critically injured were airlifted to Kathmandu for treatment while 23 others were taken to Dhulikhel hospital for treatment.

Road Accidents Kill 2883 People And 25722 Injured In Nepal In Last One year By Agencies 3 weeks, 5 days ago

Four Members Of A Family Found Dead In Kavresthali, Kathmandu By Agencies 3 months, 3 weeks ago