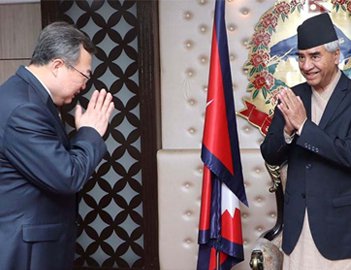 Minister of the International Department of the Central Committee of the Communist Party of China Liu Jianchao paid a courtesy call on Prime Minister Sher Bahadur Deuba today. Matters of mutual interest between Nepal and China were discussed during the call on.

Mr. Liu Jianchao also had a meeting with Minister for Foreign Affairs Dr. Narayan Khadka at the Ministry of Foreign Affairs. The two Ministers exchanged views on further strengthening of bilateral relations between Nepal and China. 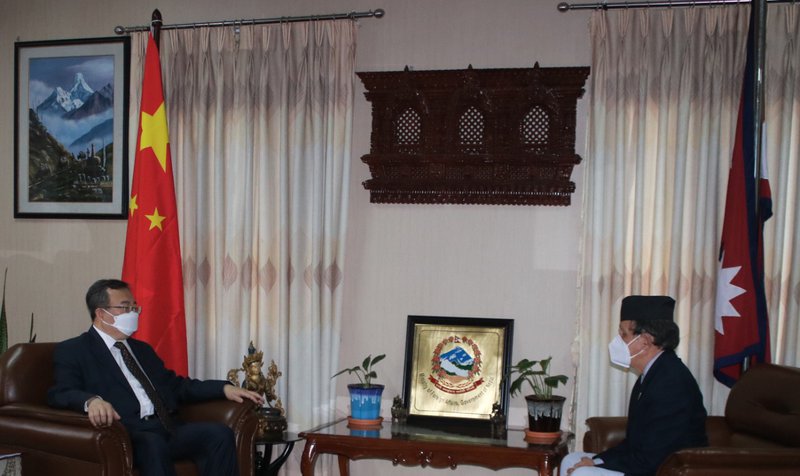 Minister Mr. Liu and his delegation arrived in Kathmandu this morning on a three-day visit to Nepal. He was accorded a warm welcome upon his arrival at Tribhuvan International Airport by representatives of different political parties of Nepal, and an official of the Ministry of Foreign Affairs.