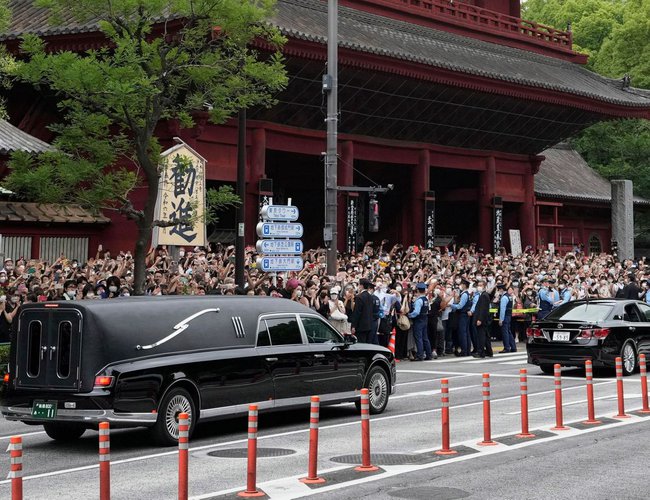 About 200 of them attended the service inside a Buddhist temple in Tokyo.

LDP Vice President Aso Taro served as deputy prime minister for a long time in the Abe administration. He said in his eulogy that he and Abe both thought deeply about what is good for Japan.

He said Abe helped raise the country's international profile, and described him as the greatest politician in postwar Japan.

He said Abe can report his achievements proudly in heaven to his father Shintaro, a former foreign minister, and talk politics with his grandfather, former Prime Minister Kishi Nobusuke.

Aso added, "I'll be there sooner or later, so see you then."

Abe's wife Akie said it still feels like she's dreaming. She said she has been able to experience many things thanks to her husband. She added that her husband probably still had unfinished business, but that the seeds he has sown are sure to sprout.

Videos of Abe playing the piano as Akie sings, the couple playing table tennis and photos of them in their younger days, were shown at the venue.