A Petition Against Deletion Of CCTV Footage Filed

During the preparation of the budget at the Ministry of Finance the then Finance Minister Janardan Sharma was allowed to access the highly secret room of budget preparation and thus violated the secrecy of the state for the benefit of certain people at the loss of states revenue and kept the state's revenue at jeopardy. The Minister is alleged to allow to pop in and play with the tax slab that is said to give benefit to the business houses. The CCTV footage is said to have been deleted from the system and thus petitioners have claimed the protection and storage of the CCTV if have been deleted. 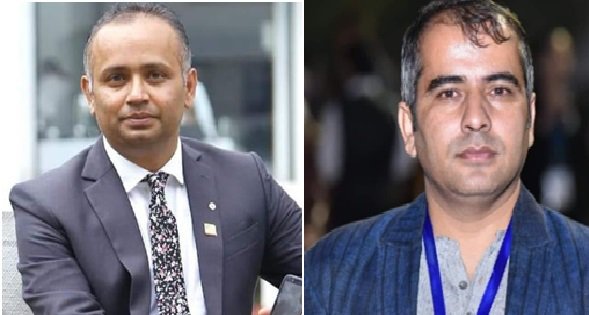 Petitioners have contended that it is the prime responsibility of the Finance Minister to prevent any kinds of fiscal theft and he failed to do so rather he facilitated play over it. The Petitioner Advocate Saroj K Ghimire said that such an act is equal to fiscal treason as until the budget day approaches the access over such secret work should have been protected from external access and the intelligence should have kept a close watch on the movements of the finance ministry officials and anyone official who has the potentiality to access to the budget preparation. The Finance Minister and the officials instead of keeping them in “fiscal quarantine” until the presentation of the budget opened the door for others to peep.

The petitioners have claimed that until the 'fiscal quarantine' period, all the entry and exit points of the ministry should have been guarded by security personnel and should have kept a close watch on the movements of those entering the rooms of officials involved in the Budget-making process. But something unacceptable was done as claimed by the petitioners. The Petitioners have thus claimed that there require adequate laws to protect data including CCTV footage, protection of digital records and carry out a meaningful investigation and maintain the privacy at the top relating to budget