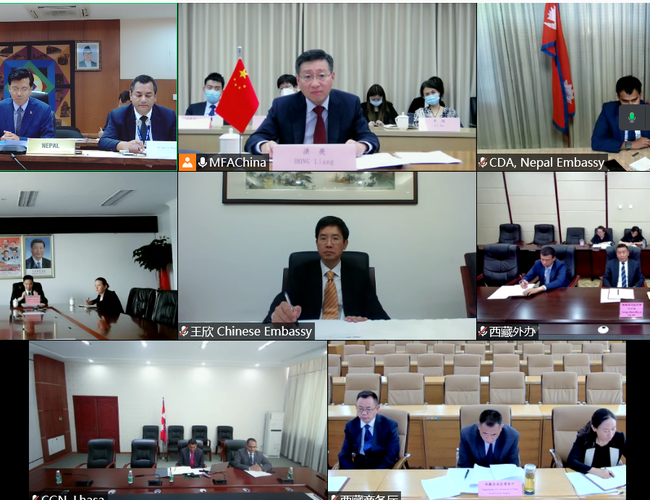 Nepal and the People’s Republic of China held a consultation meeting on border affairs virtually this afternoon.

The meeting took stock of the overall state of Nepal-China relations and held discussions on various matters relating to boundary and border management between the two countries.

Underscoring the importance of joint inspection of the Nepal-China boundary, the two sides agreed to initiate the process of activating the existing bilateral mechanism through mutual consultation. 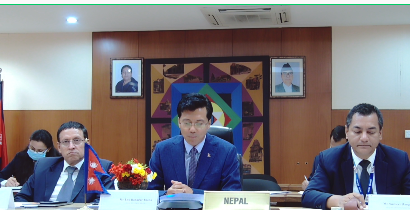 The two sides agreed to resume two-way trade through Rasuwagadhi/Keyrung border port, following Covid-19 health protocol and guidelines. Both sides will establish an epidemic prevention and control mechanism to this end.

With a view to supporting the livelihood of people in the northern Himalayan region of Nepal, the two sides decided to open Hilsa/Purang border port for transportation of goods and construction materials from China, by putting in place necessary Covid-19 health protocol and guidelines.

Senior officials of various Ministries of the Government of Nepal, Chargé d'affaires of the Embassy of Nepal in Beijing and Consul General of Nepal in Lhasa were part of the Nepali Delegation.

The Chinese delegation comprised the senior officials from the Ministry of Foreign Affairs and various other Ministries of China, the Foreign Affairs Office and other Departments in the Tibet Autonomous Region of China, and the Chargé d'affaires of the Embassy of the People’s Republic of China in Kathmandu.

107 Days Remains To Hold The Elections: CEC Thapaliya By Agencies 1 week ago

Ruling Parties Agree To Hold Elections On November 20 By Agencies 1 week, 1 day ago

'China Appreciates Nepal's Commitment To One China Principle By Agencies 1 week, 1 day ago