Ideological Differences Should Not Obscure Common Interests Of Maoist-Center And BJP: Prachanda

Ideological Differences Should Not Obscure Common Interests Of Maoist-Center And BJP: Prachanda 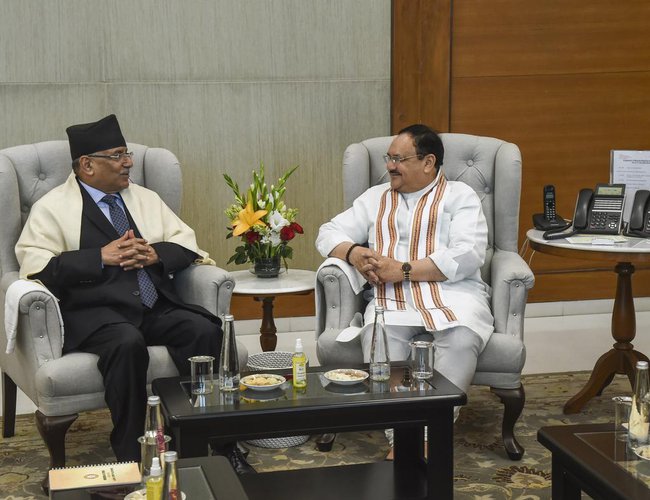 BJP’s foreign affairs cell chief, Vijay Chauthaiwale, who was present when the two leaders met, described the meeting as “cordial” and said, “party-to-party interactions were to be given paramount importance.” Mr. Dahal was reported as saying that while the two parties may be ideologically different, they needed to work together for poverty alleviation in the region. Minister for External Affairs S. Jaishankar was present at the meeting as was Mr. Dahal’s daughter, Ganga Dahal.

Sources said that in his opening remarks, Mr. Nadda said Nepal was at the centre of the Indian government’s “neighbourhood first” policy and mentioned the recent visit by Prime Minister of Nepal Sher Bahadur Deuba to Delhi and the BJP headquarters, as well as Prime Minister Narendra Modi’s visit to Lumbini as having further strengthened India-Nepal relationship.

“We stand ready to promote deeper linkages between the BJP and your party at multiple levels. We would be happy to welcome a delegation of the young leaders of the Maoist Centre to India,” Mr. Nadda reportedly said.

Mr. Prachanda said ideological differences should not obscure common interests and thanked India’s support to Nepal during the COVID-19 pandemic. Pointing out that hydropower and tourism were important pillars of the Nepalese economy, he asked for more cooperation there and appreciated that India was now buying power from Nepal. He expressed concern over the trade deficit with India, and said the matter should be addressed.