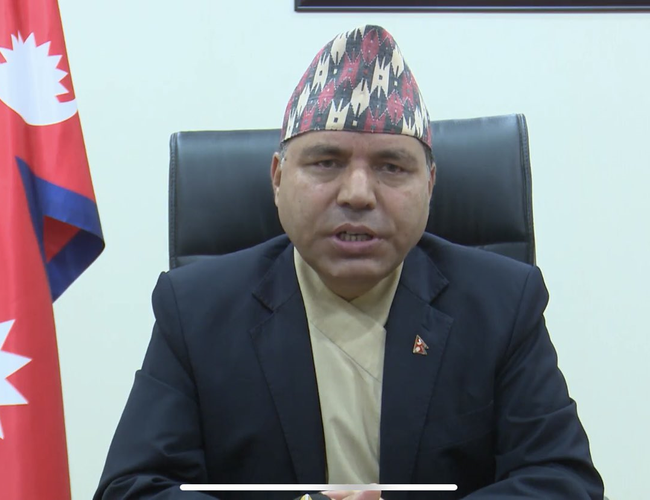 The first meeting of the Bilateral Consultation Mechanism between the Ministry of Foreign Affairs of Nepal and the Ministry of Foreign Affairs, African Cooperation and Moroccan Expatriates of the Kingdom of Morocco was held in Rabat today. Nepal and Morocco had signed an agreement on the establishment of bilateral consultation mechanism between the two foreign ministries in 2017.

The meeting reviewed the status of bilateral cooperation between the two countries and discussed on ways to forge further cooperation and partnership in the fields of, economic, technical, tourism, cultural cooperation and human resource development. Also, views were exchanged on contemporary global issues such as climate change, migration, contributions to UN peace operations and issues of regional economic cooperation.

The Nepali delegation to the meeting was led by Bharat Raj Paudyal, Foreign Secretary of the Government of Nepal and the Moroccan side was led by Ambassador Abdelkader El Ansari, Director of the Department of Asian Affairs and Oceania, Ministry of Foreign Affairs of the Kingdom of Morocco, African Cooperation and Moroccan Expatriates. The other Member of Nepali delegation was Tej Bahadur Chhetri, Joint Secretary at the Ministry of Foreign Affairs of Nepal.