A German scholar says that the Russian invasion of Ukraine is against freedom and liberal world order, condemning Russians for war against humanity 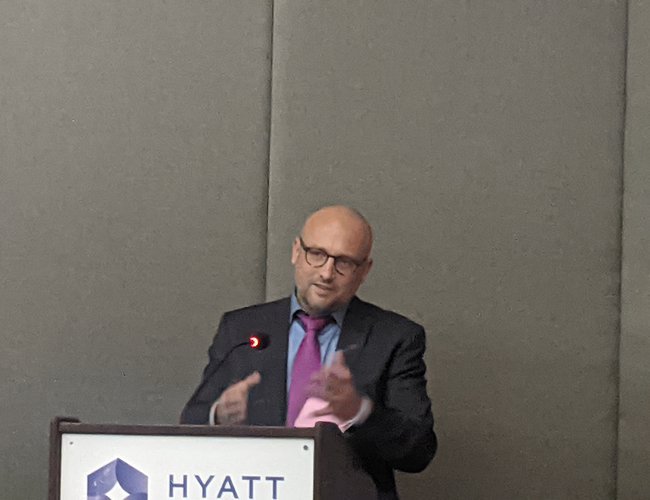 Although South Asian people and countries did not have to face war after Russian invasion of Ukraine, they have had to suffer badly with disruptions of food supply and petroleum products.

Sri Lanka has already collapsed failing to pay higher price for petroleum products and food stuffs. Bangladesh and Pakistan are under pressure and Nepal too is heading for a serious economic crisis. Compared to other countries, India is a bit more comfortable in its position but people in India have been suffering from higher price in the food and petroleum product as well.

Andreas Klein, a newly appointed Director of the Political Dialogue Asia Program of the KAS, said Ukrainian soldiers are fighting against Russian invaders to protect the freedom and democracy of the people all over the world.

He said that after the Russian invasion of Ukraine on 24th February the global scenario has changed and freedom of individuals and democracy is again under a threat.

Klein said that people around the world thought that the fall of the Berlin wall on the 9th of November 1989 and the German Unification a year later opens the liberal democratic world as American scholar Francis Fukuyama’s book says the End of History and the Last Man.

“The Russian invasion of Ukraine stalled everything. Countries like Sweden and Finland joined NATO. Germany has changed security and foreign policy,” said Klein. He said that a former KGB agent Putin is killing innocent freedom fighters of Ukraine in war and millions of people around the world by blocking the supply of grain.

He said that the smaller and bigger nations in European Union have now realized the need to increase their defense budget and have a different opinion on relying on Russian gas.

“Putin, a former KGB agent, aims now to destroy small states and their people. All of us need to be grateful for those Ukrainians who have been defending not only their land and freedom but ours as well.”

From a shortage of food to rising prices of energy, the countries around the world have to pay a big price for the Russian invasion of Ukraine.

He said that this invasion has also questioned the relevancy of the United Nations and its utility to protect the independence, sovereignty and freedom of small nations.

He said that the Russian invasion of Ukraine is threatening the freedom and independence of other small Russian neighboring states. “After the blockade of energy supply by Russian, Germany is facing an energy crisis and other European nations are also facing a similar state.”

“This is not a war on Ukraine or Europe but it is a war against freedom. Germany and other European countries will provide all support to Ukraine to defend its territory from Russia.”

Almost five months have already passed since the Russian Invasion of Ukraine. However, it is bringing pain and suffering not only to Ukraine and Europe but globally. The South Asian Region is not an exception.

Given the growing impact of the Russian invasion of Ukraine, the Consortium of South Asian Think Thank (COSATT) in collaboration with the political dialogue Asia Program of the Konard Adenauer Stiftung (KAS) had organized the talk program.

Participated in by a wide range of people from parliament, diplomacy, military, civil society, media and elected local leaders, this is the first program of its kind to widely discuss the economic, political, and social implications of the Russian Invasion of Ukraine. 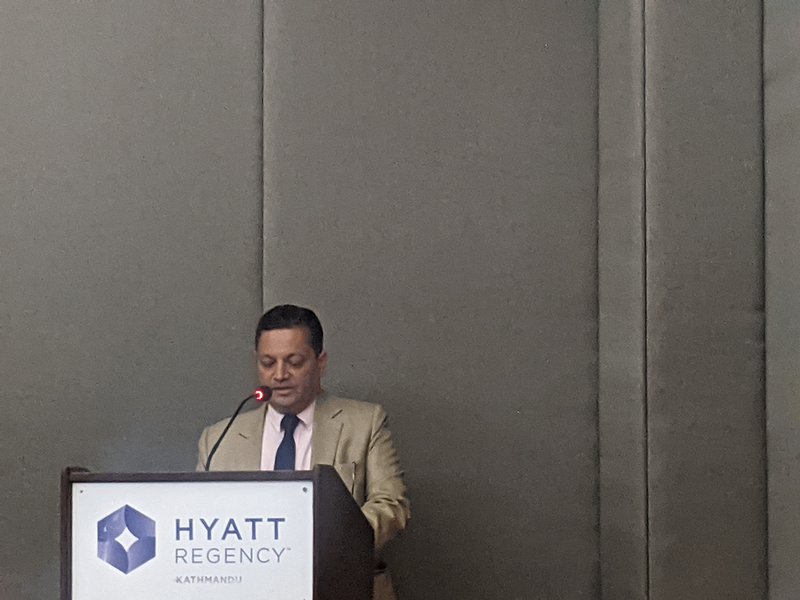 Pandey said that the South Asian nations are facing a massive shortage of food, rising fuel prices and social and political unrest. The military implication of the Russian invasion is still unclear. At a time when Russia supplies over 70 percent of military hardware to India, it is yet to see how its effects show up.

As Nepal voted against invasion, two of its neighbors India and China were absent from the voting. This is also challenging for Nepal in the days to come. India and China getting a lot of benefits from the cheap Russian oil and their dependency on Russian oil is increasing. This will have its impact as well.