When USAID launched South Asian Regional Energy Initiative (SARI/EI) aiming to improve the energy trade among the South Asian countries two decades ago, countries in the region did not have separate business entirety, cross border transmission line and regulatory mechanism for energy trade. Although the energy trade pattern is still dominated by bilateral arrangements between regional countries, there is now everything to conduct the trade at regional level. Nepal has turned from net importer to net exporter with reliable cross border transmission line starting to export electricity to India. Now, Nepal has started to talk on modality for export of big volume of electricity to India and Bangladesh 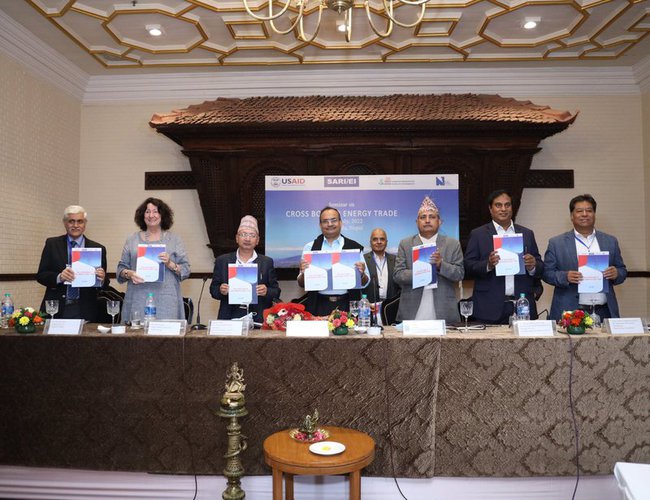 Does this country have any genie to make four billion rupees in 45 days? Congratulation hydro electricity sector! Writes former energy secretary and energy expert Anup Kukar Upadhyaya in his tweet on July 26.

Former secretary and Electrical Engineer Upadhyaya, who had spent his entire career in the Ministry of Energy and Water Resources, tweeted this referring to the money earned by Nepal Electricity Authority exporting electricity to India.

Just a week ago, SARI/EI also organized a workshop in Kathmandu to discuss modality for the electricity trade with India. Presenting a paper on Nepal Special Model of Cross Border Electricity Trade, energy expert Sher Singh Bhat said Nepal has abundant hydro-potential as source for energy with geographical connectivity with India and China only.

“We have to explore the typical Nepal model of Cross Border Electricity Trade (CBET) that could level up Nepal’s export of electricity by harnessing the available resource of clean energy, manage limitation and associated risks. Nepal mostly remained net-importer in past but is tending to be in a net-exporter status now,” said Bhat. He said that Nepal has large hydro-potential as comparative advantage. This can be harnessed to meet domestic demand as well as to export to markets across the border for economic gains. Electricity can be planned as country’s main export product.

Nepal has been transacting electricity with India for about five decades as net importer mostly under G2G mechanisms. Neighboring countries of India had a perception that India is flexible to exports but reluctant to imports despite signing bilateral PTA.

But delay in import of electricity by India was due to two reasons: Size and load of terminal sub-stations at two sides was suitable for export by India in radial mode but not for import. So establishment of high capacity cross border infrastructure and synchronous operation of two systems was necessary for import by India. This process took time.

A perception that imports by India would start immediately after signing Indo-Nepal Power trade Agreement in 2014 was not practical because conditions precedent including completion of D-M X-border line, synchronous operation of two grids and development of subsequent Guidelines and Procedures were met in 2018 only.

Incorporating Two Basket Strategy in Generation Expansion Planning Procedures and practicing it as a culture was also mulled. Periodic updates forecast long term demand based on recent trends -- Prepare periodic Generation Expansion Plan according to updated demand as appropriate mix of projects (ROR/PROR/Storage and other renewable) and implement it. 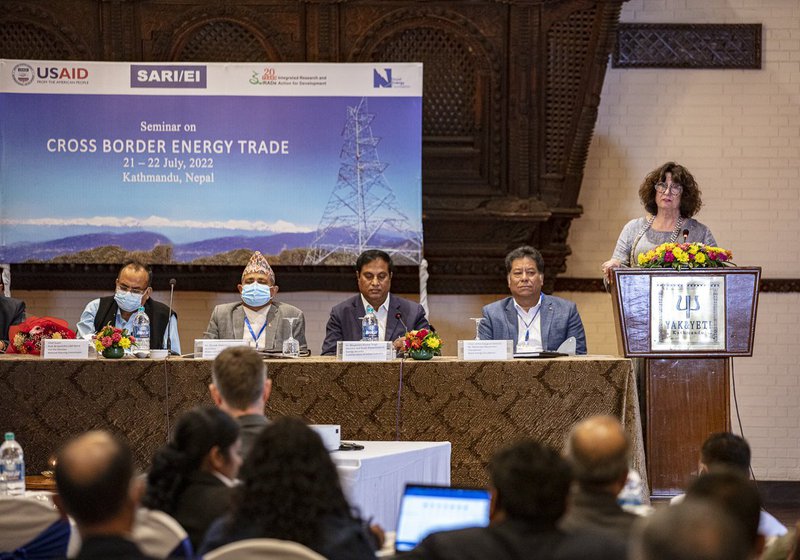 Initiatives sought to develop and implement suitable and fast track guidelines and procedures to aggressively develop second basket i.e. export oriented projects in Nepal targeting the Indian long term market. To facilitate that, amend the Indo-Nepal Power Trade Agreement and convert into Indo-Nepal Agreement for Cooperation in Power Sector with provisions of: Fast track procedures in Nepal for development of export oriented project by external entities including Indian as sole or joint venture developers. This calls for development of projects through Indian public sector entities by direct negotiation between two governments, fast track procedures in the Indian long term market for PPA between private developers in Nepal and Indian off-takers. Engage in separate discussions regarding third country trade through sub-regional or tripartite agreement, development of additional cross border lines and use of domestic transmission systems of countries for trading in the third country market.

Two decades after its inception, USAID supported South Asian Regional Initiative of Energy SARI/EI is finally able to bring the tangible change in the energy trade among the South Asian Countries.

Ongoing Nepal-India cross border energy trade is an example to show how things can change for the betterment of the region in using clean energy and reducing the trade imbalances.

When SARI/EI was launched, the region did have very few cross border transmission lines, regulatory institutions and regulations. After two decades of intensive efforts, holding different levels of interaction at different level, SARI is able to achieve its goal to enhance the regional trade for the benefit of the countries and people of the region.

USAID Nepal’s Acting Deputy Mission Director, Beth Hogan, opened the Inaugural Session of the Seminar on Cross Border Energy Trade (CBET) as a part of the TTF to engage politicians, institutions, and other influencers on CBET.

Delivering the welcome address Mohandas Manandhar, chairperson of Nepal Energy Foundation said that the region has made tremendous improvement in the regional energy trade in the last two decades.

He said that the South Asian Energy Initiative (SARI/EI) since its inception in 2000 immensely contributed in building regulatory mechanism and legal reforms in the cross border energy trade. Chairperson Manandhar said that regional energy trade has gone through a long process before materializing at the current shape.

Chairperson Manandhar said that after 20 years of SARI/EI all the countries in the region have started taking the benefits of the regional energy trade. He said Nepal has started to export 360 MW of energy to Indian market brining a lot of benefit to the country. He said that the electricity trade with India will largely contribute to reduce Nepal’s trade deficit with India.

Member of National Planning Commission Dr. Surendra Labh Karna said that this seminar has a significant importance in a context when Nepal has started to export big volume of electricity to Indian market through cross border trade.

Secretary of Ministry of Energy Sushil Chandra Tiwari said that Nepal will have large volume of surplus electricity from next year and opening a market in India is a positive step for us.

Secretary of Energy Commission Dinesh Kumar Ghimire said that given current state of construction of hydropower projects in Nepal there will be over 2000 MW of electricity available in Nepal for export. Secretary Ghimire, who has taken part in different stages of negotiations with India in energy trade, said that Nepal’s electricity will depend upon Indian market. He said that there is the need of more cross border transmission lines to export electricity to India.

Presenting the highlights of the study, Bhat showed the overall Nepal India electricity trade and opportunities and challenges. 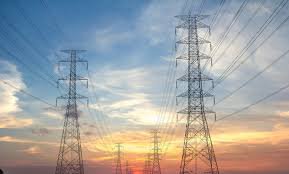 In her closing remark, Monali Zeya Hazra, regional energy manager and clean energy specialist, Indo Pacific Office, USAID/India highlighted the contribution made by SARI project in the region over the last two decades.

Dilli Ghimire, managing director of Nepal Energy Foundation, thanked all the participants and those involved to make the two-day seminar a success.

The South Asia Regional Initiative for Energy Integration (SARI/EI) is a USAID supported program, with Integrated Research and Action for Development (IRADe) as its implementation partner. As part of the SARI/EI program activities, South Asia Think Tank Forum (TTF) for regional energy cooperation is created as an outreach and dissemination forum, intending to engage policy makers, media, parliamentarians and bureaucrats, civil society and citizens to prioritize, fast track and push the agenda for CBET. And, Nepal Energy Foundation (NEF), a non-profit organization of Nepal’s energy sector, is a member of the South Asia TTF Phase-II.

As part of the TTF activities, NEF engaged with policy makers, sector experts, researchers, and journalists to obtain a common understanding on Nepal’s aspiration for a long-term and sustainable implementation of CBET with neighboring countries in the region.