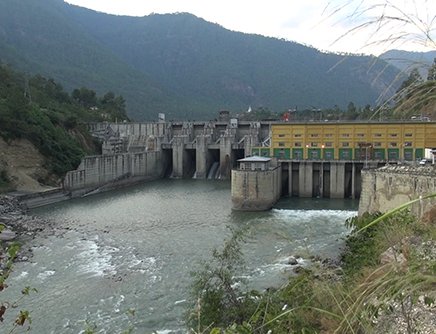 Bhutan’s number one online kuensell.com writes on its editorial that . even, scientifically, banking on hydropower entirely is loss-making in the long run.

The editorial writes harsh reality of Bhutan energy scenario. “While we export energy from our hydropower plants in the peak season, we are compelled to buy during the lean season. Having invested heavily in the energy sector, we are still not energy self-sufficient,” writes kuensel. Full Editorial

Bhutan’s energy demand could grow by over 400 percent by 2030. This is a logical estimation, going by the consumption pattern in the country. To put it in numbers, coming from experts, energy demand could hit as high as 25,270.42 Gigawatt hours (GWh) by 2030 from 5,000 GWh currently. In other words, energy demand grew by 6 percent annually between 2010 and 2021.

As development projects in the country hit an upward trajectory, we need more energy. But, as yet, both demand and supply lines are unpredictable. While we export energy from our hydropower plants in the peak season, we are compelled to buy during the lean season. Having invested heavily in the energy sector, we are still not energy self-sufficient.

Anticipating a huge energy demand and not doing enough to secure sources is disturbingly antithetical.

What has come to us, as a rude reminder, is that we cannot bank on huge hydropower projects. Not anymore. The linkages being offered by globalisation have rendered such deals with partners irrelevant. Even, scientifically, banking on hydropower entirely is loss-making in the long run.

Punatsangchhu I and II are living examples of how our planning can go wrong.

This gives us a picture of energy requirements and future energy demands. As experts claim, energy diversification will not be enough for Bhutan; energy security, and climate mitigation and adaptation programmes ought to be considered.

The way forward, is to invest in smaller hydropower projects to meet local demand. Headway has been made but momentum is more important. There are also plans to install other mini hydropower projects—Kuri-1 and Nyera Amari projects with a capacity of 1,125MW and 442MW, respectively.

The plans are good but we can do much more. Investment in the energy sector has the potential to drive private sector growth. The good news is that the debarment of renewable energy is coming up with a renewable energy master plan, a renewable energy resource assessment report, and national energy efficiency and conservation policy.

These developments are welcome. Self-sufficiency, in any sector, is important for a country like Bhutan.