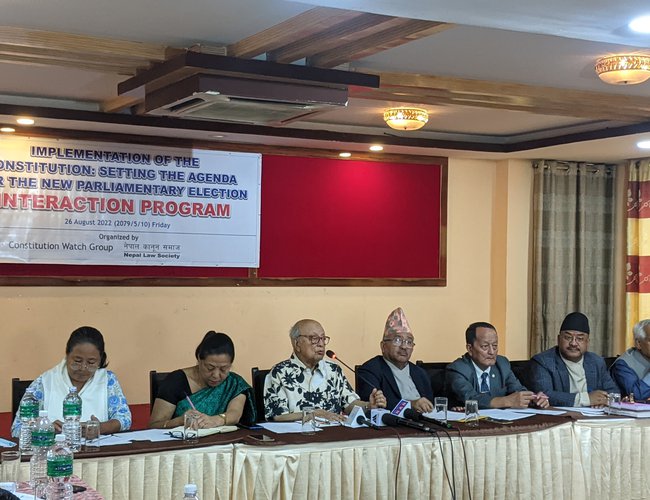 Aged does not make difference to a person who wants to make difference in society and make active in social life. This is what Himalaya Sumsher Rana, Nepal’s renowned economist, first governor, and finance secretary, proves it.

Although Rana is now ninety-four, he is actively taking part in a civil movement organized to strengthen the democratic system to make the country economically prosperous. 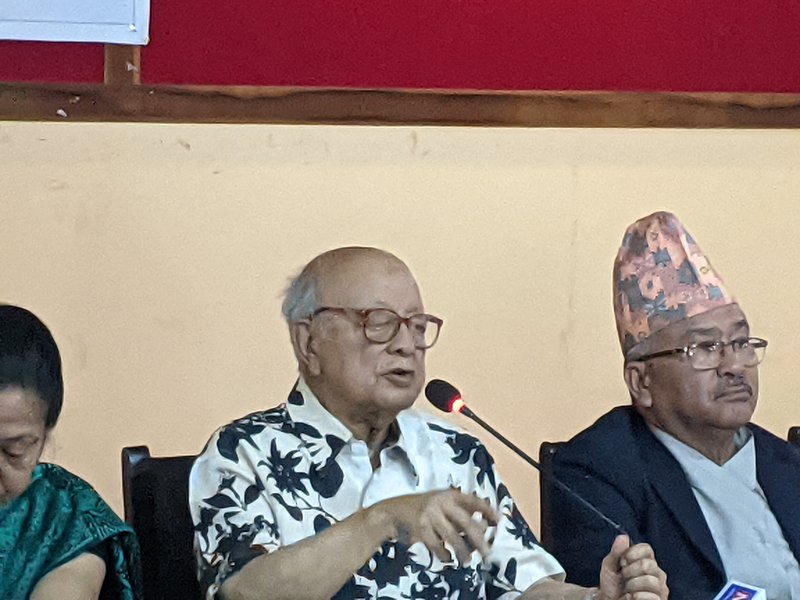 At a time when the fourth wave of COVID-19 is infecting people on a large scale, ninety-four years Rana attended a most relevant and important program organized to improve fairness and accountability in the forthcoming general elections.

Taking certain health precautionary measures, Rama addressed an interaction program on Implementation of the Constitution: Setting the agenda for the new parliamentary elections.

Organized by Constitutional Watch Group and Nepal Law Society and chaired by the former chief justice of Supreme Court Kalyan Man Shrestha, Rana, who is chairperson of the General Elections Observer Committee (GEOC), narrated his long experiences of observing the elections since 1951.

In a program attended by people from various walks of life including leaders from leading political parties, constitutional lawyers, political scientists and members of civil society, Rana said that the forthcoming elections are highly important for Nepal as the country has been facing several problems including duplicating foreign currency reserves, economic slowdown, inflation and corruption. that there are problems between the government and parliament

He said that all civil society members, political parties and elections authorities have a responsibility to work to make the forthcoming elections free and fair preventing the use of money and muscle power.

Rana, a highly respected person of Nepal, said that democracy and republic are necessary to overcome all crises. He said that periodical free and fair elections are pre-requirements for strengthening Nepal’s democratic and governance system.

Rana observed that the situation is getting more expensive since he started the observation of the elections in 1991.” It is unfortunate to say that the political parties have been power centric and candidates are contesting the elections to win for the power,” said Rana. Rana underlined the need to make elections free, fair and accountable.

“I have been reading the news about political coalitions and counter coalitions. Parties are focusing to grab more seats as possible to form the government,” said Rana. “I am missing is how political parties implement their elections manifesto and commitments to make the country prosperous and reach,” said Rana. 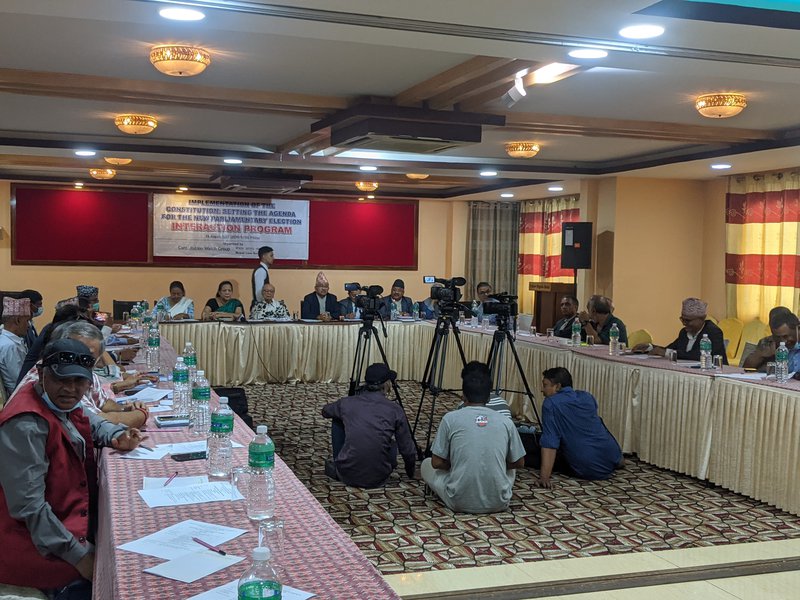 He strongly objected to the formation of alliances to contest the elections accusing political parties and leaders more interested in political power rather than the delivery of services and goods to the people.

Former chief justice Shrestha stressed the need to put pressure on the political parties and leaders so that they cannot muddle the elections process much. “We all need to be watchful to uphold the essence of the elections,” said Shrestha.

Professional Krishna Khanal presented the achievements and failures of the parliament and search for a way for a new parliament.

Jayapuri Gharti leader of the Maoist Center defended political alliances in the elections. “There is nothing wrong to make a political coalition to contest the elections,” said Gharti expressing dissatisfaction over the comment on making a coalition.

Nepali Congress leader Meen Bishwokarma and Surendra Pandey of CPN-UML also highlighted challenges relating to the implementation of the party manifesto and the complex situation of elections and the governance process.