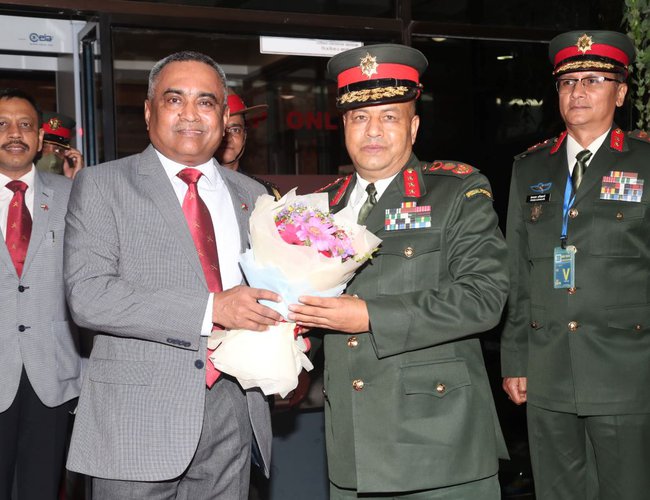 Chief of the Army Staff of the Indian Army, General Manoj Pande, arrived in Nepal this afternoon.

According to the Nepali Army spokesperson, Narayan Silwal, General Pande is in Nepal for a five-day official visit on the invitation of the NA Chief of the Army Staff, General Prabhu Ram Sharma.

They were received by the Vice Chief of Army Staff (VCOAS), Lieutenant General Bal Krishna Karki, and Mrs. Manisha Karki at the Tribhuvan International Airport, read a press release of the NA.

General Pande is scheduled to be conferred the rank of an honorary General of the Nepali Army by President Bidya Devi Bhandari tomorrow, September 5.

Nepali Army believes that the exchange of such high-level visits and continuation of tradition helps in strengthening relations between the two militaries and the two countries, read the press release of the NA.

Japan Government And UN-Habitat Implement The Project In Nepal, Cambodia And Sri Lanka By NEW SPOTLIGHT ONLINE 37 minutes ago

Incredible Opportunity To Visit Patan Durbar Square In Nepal: US Under Secretary Nuland By NEW SPOTLIGHT ONLINE 3 hours, 54 minutes ago

US Wants To Make Its Collaboration And Strong Economic Relation With Nepal: US Under-Secretary Victoria Nuland By Agencies 10 hours, 20 minutes ago