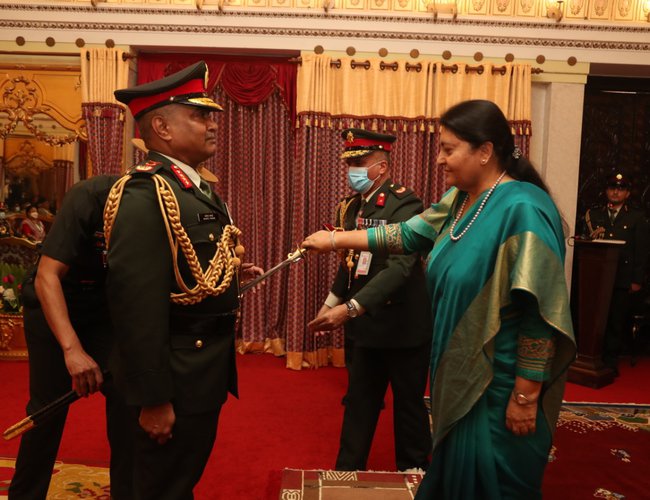 The Chief of Army Staff of Indian Army General ManojPande was conferred the title of Honorary General of the Nepali Army by Bidya Devi Bhandari, President of Nepal, on 5 September 2022.

He was honored at a special ceremony at the President’s official residence ‘ShitalNiwas’ in Kathmandu. He has also presented a sword and scroll during the function. 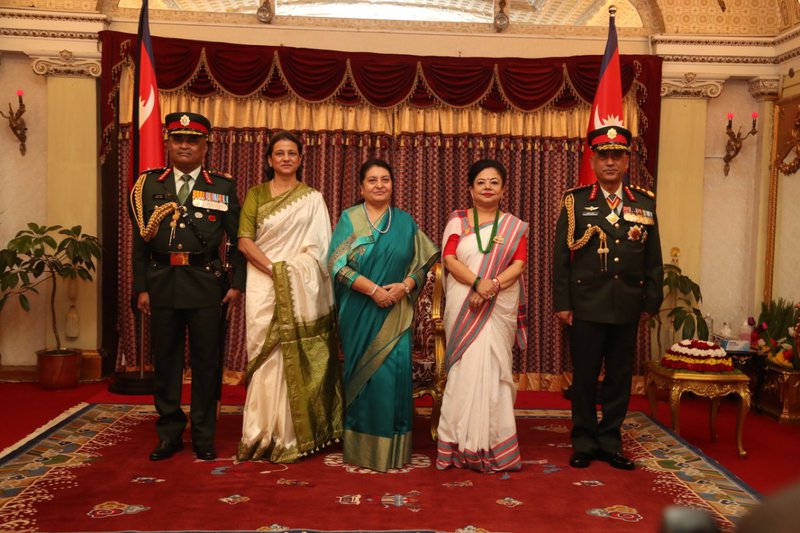 The practice follows a seven-decade-old tradition of decorating army chiefs of each other’s countries with the honorary title. Commander-in-Chief General KM Cariappa was the first Indian Army chief to be decorated with the title in 1950.

In November last year, Chief of Nepali Army, General Prabhu Ram Sharma was also made the Honorary General of the Indian Army by President Ram NathKovind at a ceremony in New Delhi.

Earlier in the day, in a solemn ceremony, General ManojPande laid a wreath and paid homage at BirSmarak (Martyr’s Memorial) at Army Pavilion in Tundikhel, Kathmandu. Thereafter, he visited the Nepali Army headquarters where he was accorded a ceremonial Guard of Honour. This was followed by a meeting with his counterpart General Prabhu Ram Sharma, during which both delegations discussed strengthening long-standing army-army relations. He was also given a comprehensive briefing by senior officers of the Nepali Army.

On behalf of the Government of India, Gen ManojPande presented training equipment to Nepali Army along with Light Vehicles which would augment capabilities of Nepali Army personnel. 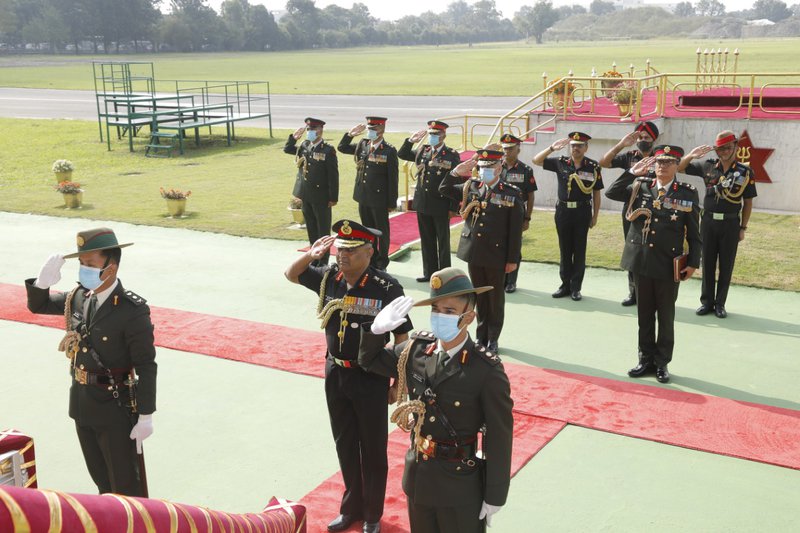 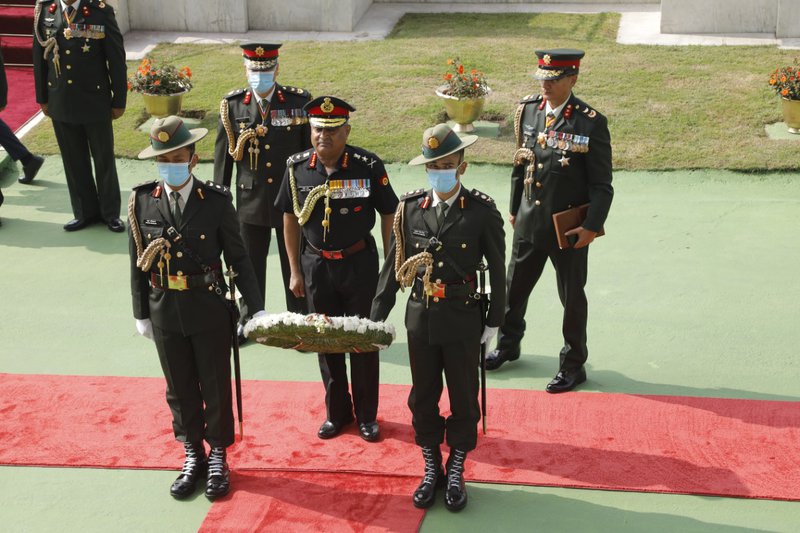