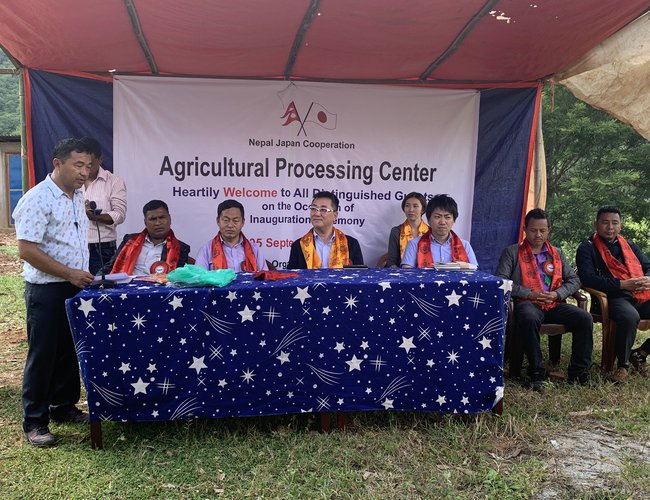 The Deputy Chief of Mission TAMURA Takahiro attended the ceremony. The new building has been built with the support of USD 68,185 under the Grant Assistance for Grassroots Human Security Projects (GGP) of the Japanese Government.

On the occasion, the Deputy Chief of Mission TAMURA, congratulated everyone involved in the project. He also appreciated the efforts of all who worked together with the Embassy to complete the project and hoped that the processing center will become a community asset and serve the local people.

Colorbath Inc. of Japan (formerly IGC Japan) and ARSOW Nepal are important components of agricultural development around Temal Rural Municipality, including the improvement of farmers' livelihoods and environmentally sustainable agriculture. This assistance will further deepen the friendship between the people of Japan and Nepal, he stated.

On the technical side, Colorbath Inc. of Japan has been supporting the cultivation of coffee trees and will continue to support the processing and marketing of coffee beans. The coffee beans produced in Temal Rural Municipality were exported to Japan for the first time this year under the brand name of "Himalayan Luxury Beans”. 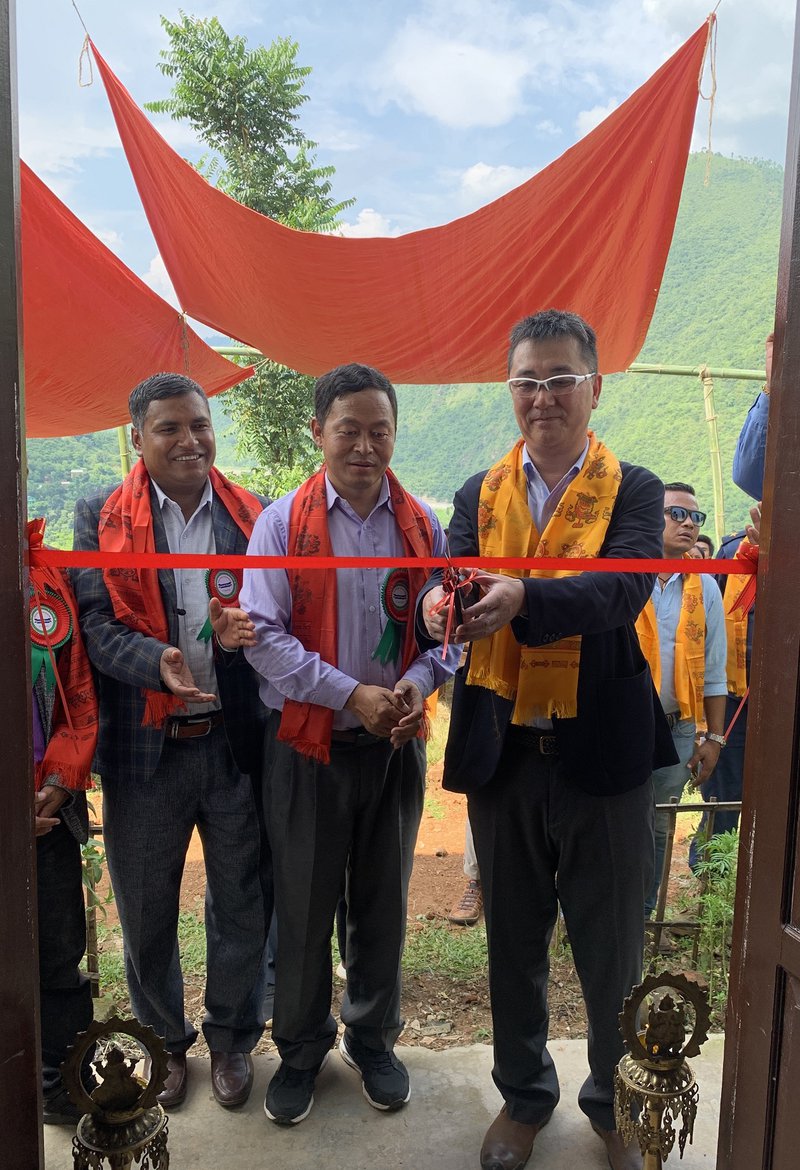 In July of this year, restaurants in Kathmandu also began selling the beans, and sales are scheduled to expand within Nepal as well as in Japan. The Embassy of Japan believes that the new processing center will contribute to improving the lives of local farmers in Kavrepalanchok District and also promote a product grown in the Himalayas.

The Embassy also believes that the support will contribute towards further enhancing the friendship between the peoples of Japan and Nepal.

GGP was established to implement projects directly benefiting people at the grassroots level for the socio-economic development of the community. Since 1991, over 200 GGP projects have been implemented in Nepal.