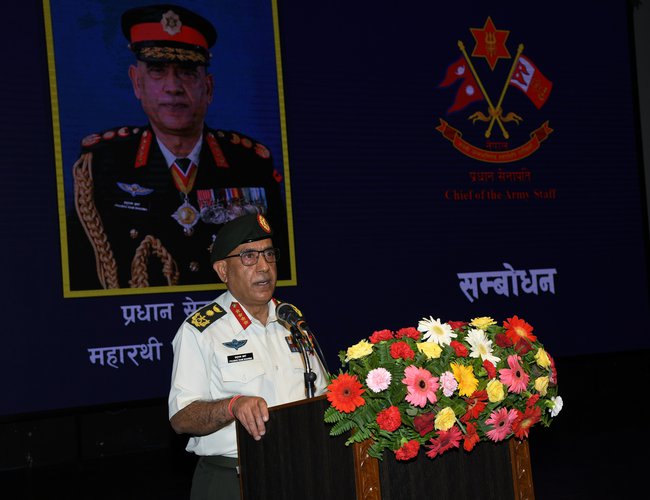 Chief of the Army Staff (CoAS) Prabhu Ram Sharma has completed a year in office today. At an event organised in the Army headquarters today to mark this occasion, the CoAS Sharma 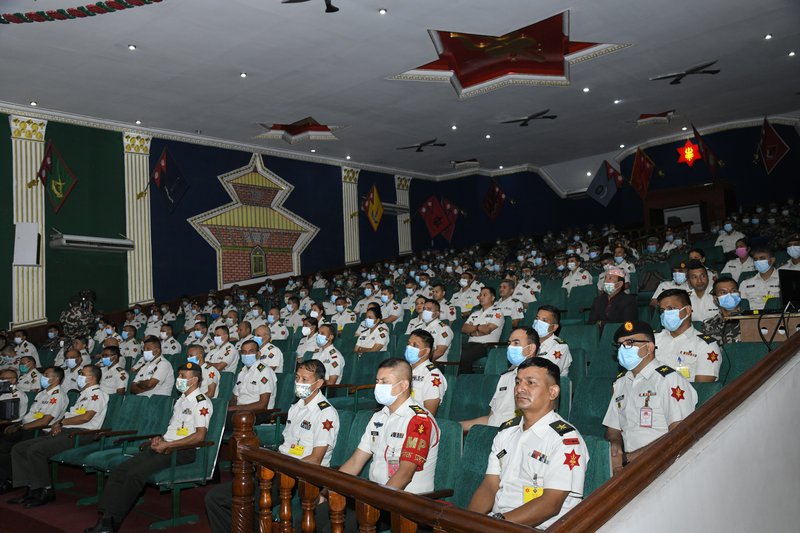 directed army personnel to be always prepared for the protection and promotion of the nation.

"Army personnel will fulfill their constitutional responsibilities excellently while analysing and carrying out a micro study of present developing international, regional and national security," he said.

The Army chief was addressing the program virtually. Talking about achievements the Army has made in the last year, he said construction of the national pride Kathmandu- Madhes fast-track had speeded up.

He also presented Army's goals, a course of action and priority areas for the coming time. The institution's selfless service and professionalism, be it during crises and natural disasters within the country, and during peacekeeping, have been praised at national and international levels, he asserted. 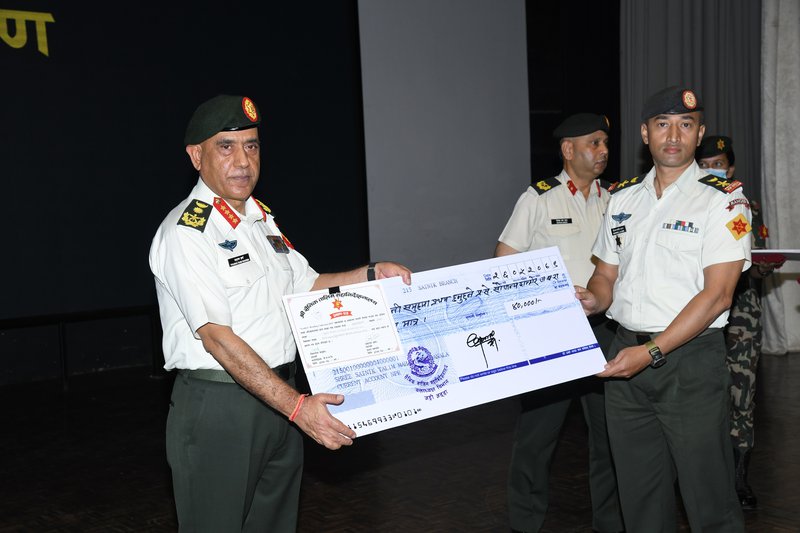 Nepali Army is the major security agency in the country. So, the Army chief directed army personnel to fulfill their responsibility while maintaining military discipline, transparency and traits, and preserving its norms and values, said the Army spokesperson Narayan Silwal, quoting CoAS Sharma.

He also directed them to show their professionalism during the November 20 House of Representatives and Province Assembly elections by providing security and helping transport ballot boxes from rural and 'sensitive' areas, he added. (RSS)