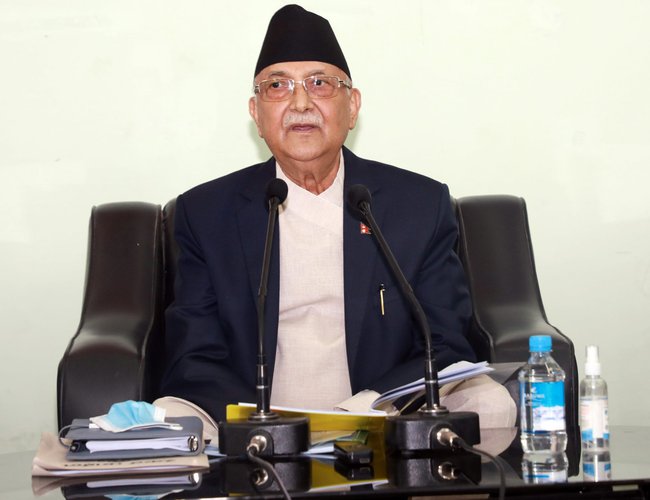 In his statement, chief justice Rana, who faced the impeachment process in the House of Representatives, condemns the government's move to put him under house arrest on 18 September to prevent him from attending Supreme Court.

After completing the impeachment motion, which was tabled by 93 members of the ruling alliance, ended without any formal voting on 17 September and ended the tenure of the House of Representatives, Cholendra announced to attend the court proceeding as chief justice.

A team from the Human Rights Commission visited the official resident of Rana and inquired about the situation.

Since chief justice Rana’s announcement to attend the court on 18 September, the government has deployed hundreds of police in around the residence of Chief Justice Rana.

The controversy on chief justice turned to climax last year when the coalition government led by Sher Bahadur Deuba demanded Rana’s resignation. A Deuba-led coalition of five parties are against chief justice Rana because of his opinion favoring the dissolution of Oli. Despite differences, the full bench led by Cholendra Sumsher Rana unanimously quashed the Oli dissolution order and restored the House with a direction to appoint Deuba as prime minister.

CPN-UML leader K.P Sharma Oli condemned the decision of the government to put the seating chief justice in house arrest. In his statement, former Prime Minister Oli termed the move of the Deuba-led present movement as a sign of dictatorship.

He argued that the constitutional and legal validity of the impeachment motion was over after the HoR failed to pass it. He blamed delay dallying tactics of the ruling alliance on impeachment aimed to create a constitutional crisis.

However, the government has dismissed the report saying that police were deployed to provide security to Rana.