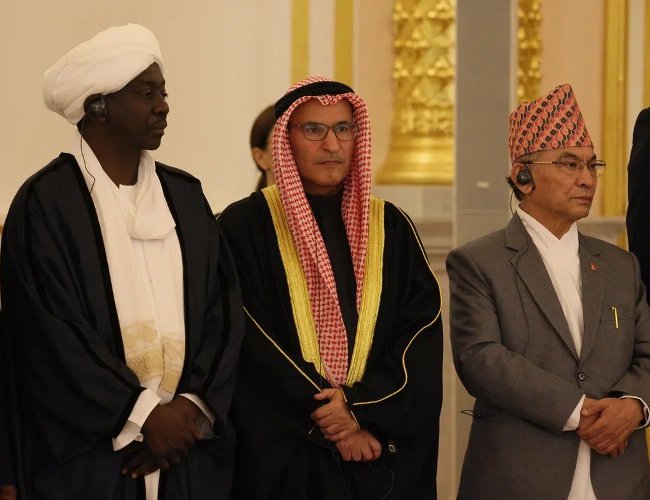 During the ceremony, the President welcomed all twenty-four Ambassadors to the Russian Federation who presented their Letters of Credence and touched upon the current world situation. He emphasized that the IJN should focus on promoting settlement of acute regional conflicts. He praised the influential role played by the Sanghai Cooperation Organization (SCO), which is playing more pivotal role within the region for a balanced political relation and economic development of the region, according to the press release.

During his speech, the President also dealt with bilateral relations with respective countries. Making special remarks about Nepal, the president stated "I would like to congratulate the leadership of Nepal and the entire Nepalese people on the Constitution Day celebrated today. I wish you success and prosperity. Russia's relations with Nepal have always been built in an atmosphere of mutual understanding and friendship. We hope the mutual relation will develop further in the coming days."