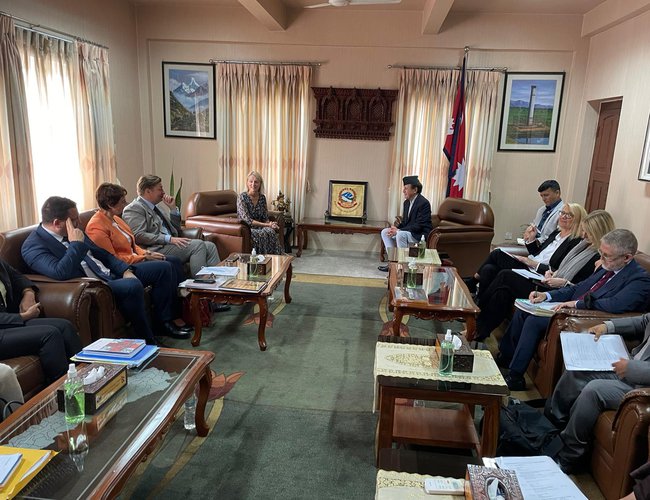 According to a press release issued by the Ministry of Foreign Affairs, Other MEPs in the delegation were Ulrike MÜLLER, Tomáš ZDECHOVSKÝ and Maximilian KRAH.

Both sides reiterated the need to work together for promoting multilateralism and rule-based world order.

CPN UML leader Pradeep Gyawali said that he is pleased to meet with visiting delegation of the European Parliament.