Suicide Rate Has Increased By 72 Percent In Nepal

Suicide Rate Has Increased By 72 Percent In Nepal 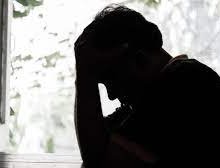 In its press release issued today, the Epidemiology and Disease Control Division (EDCD), said that suicide is a major concern in Nepal and the suicide rate is increasing in the country but it can be prevented with strong efforts. There has been a decrease of 4.35 percent in the suicide rate in the current fiscal year compared to the past year, but this is no good news as 19 persons kill themselves a day.

The rough estimate that a person succeeds in committing suicide after 20-25 failed attempts make it clear that early detection of suicide-oriented signs can lead to its prevention.

Those who have a history of suicide attempts, substance abuse, or mental health issues, have gone through major emotional turmoil, chronic illness, loneliness, and living in war areas are reported to be at major risks of suicide.

As per the National Mental Health Survey, 6.5 percent of the population plans and thinks about committing suicide. Of the total suicide in Nepal, 83.39 percent do it by hanging.

The report of the World Health Organization (WHO) showed that seven lakh people lose their lives to suicide each year globally and one person commits suicide every 40 seconds globally.

Males have been reported to have committed suicide most, 56 percent of the total, followed by females (33 percent), adolescent girls (7 percent), and adolescent boys (4 percent). On the other hand, suicide is the main cause of death in females of the 15-45 age group.

12 Killed And 26 Injured In Bus Accident In Ramechhap By Agencies 4 months, 4 weeks ago