Celebration of the Day of German Unity and the 35th anniversary of the Kathmandu Branch Office of the South Asia Institute, Heidelberg University 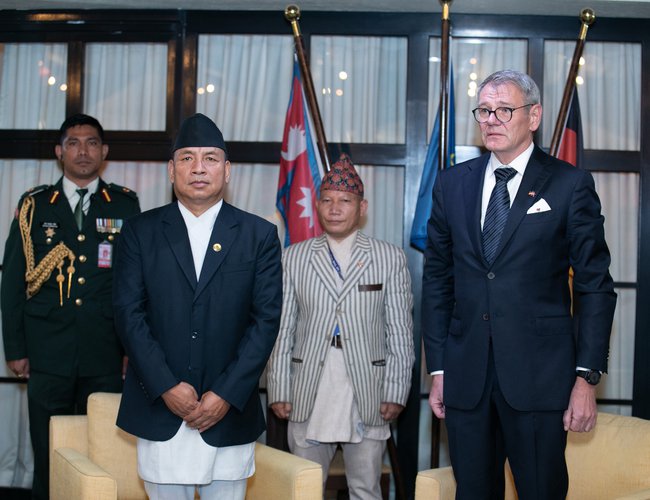 Ambassador of the Federal Republic of Germany Dr. Thomas Prinz and Mrs. Anuza Prinz, invited for the celebration of the Day of German Unity and the 35th anniversary of the Kathmandu Branch Office of the South Asia Institute, Heidelberg University, at their Residence with over 400 guests.

Vice-President Nanda Bahadur Pun was invited as the chief guest for the event. Among the guests were ministers and secretaries from various ministries of the Government of Nepal, leaders of political parties, heads of Kathmandu based diplomatic missions, civil society members, Human Rights advocates, businessperson, media person and people from various walks of life.

In his welcome speech, ambassador Prinz said, “Our bilateral relations with Nepal this year were marked by the German Government’s decision to continue the development cooperation with Nepal recognizing the good progress Nepal has made in the last years in political and socio-economic development sector”

33 years ago, in 1989, the so called “Berlin wall” came down – the wall which had been dividing the Eastern and Western part of Germany since 1963. The “Berliner Mauer” was designed to physically prevent disaffected East Germans from fleeing to the West. The Peaceful Revolution of 1989 led to the opening of the border on November 9, 1989, which for the first time after 28 years allowed Germans to freely move in the whole of the country. It led to a new form of encounters between the East and the West, and it re-united the whole of Europe.

First and foremost important thing Sarita Upreti has learnt in the last five months is how to make group in the social media and how to interact with the group through Whatsapp.

Joining the youth group, she leant functioning process of local , province and federal governments and get benefits related to the youth. Like Upreti majority of youths living in the three municipalities of Sarlahi and Dhanusha district of Madhesh Pradesh consider the role of local government is to recommend for citizenship, marriage and birth certificate and construct and repair urban roads.

After attending few programs, around 90 youths like Sarita is now come to realize that the municipal and province government have also responsibility to launch the various schemes including employment generating entrepreneurship to yoth. 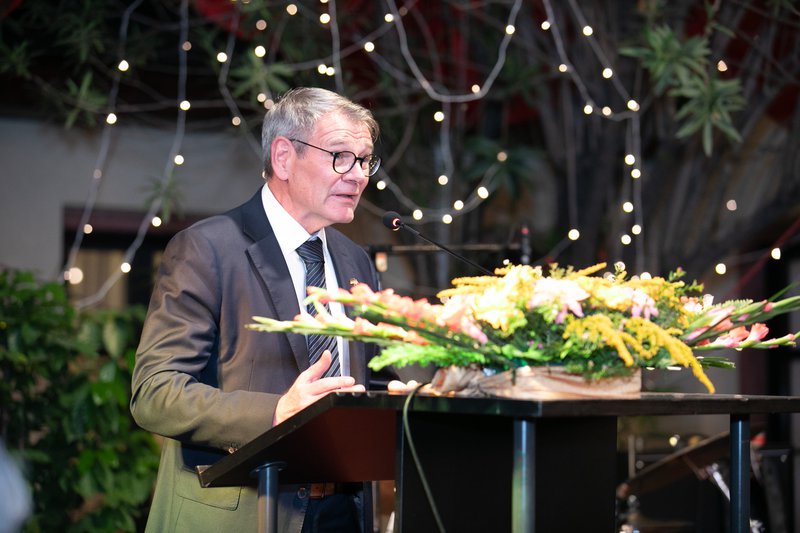 With the lack of employment opportunity and technical trainings, large numbers of youth are unemployed. Despite good resources, annual budget allocation by the municipality and Madhesh province for youth related activities remain nominal.

As over 40 percent recently elected representatives at local level are below 40 years and many youth are aspiring to contest the federal and provincial level elections which is scheduled for November, it will like to see drastic change the state of youth representation at all three tires of governments.

However, the representation of youth cannot bring any change unless the youth outside the governments can learn the technical and legal skills to engage with all three tires of government and put pressure to implement youth friendly programs.

Khursad Rain,25, a resident of Pakadima Tole of *of Dhanusha District of Madhesh Province, is yet to realize the governments at their municipality and local and provincial governments are yet to come to any new programs targeting to solve the unemployment problems.

“At a time when there is no employment oppurtunuty nearby, large numbers of youth are either live in capital Kathmandu or in Gulf for employment. In absence of younger people in the areas, our land has left barren,” said Rain.

As we have just started to unite for the cause of young people to have access to the services and benefits provided by the local level, it will take a bit more time to generate awareness and build a capacity to engage local youths in the municipal government process.

Like Rain, twenty five years old Amrita Kumari Mahato, a people with disability and resident of Gangapur of Barthawa Municipality ward 16 of Sarlahi, has visited just twice in Municipaltiy. Although she voted two local elections and national and federal elections once, Mahato has rarely cared what programs municipality passed what whether such programs benefit them.

With a mandatory legal and constitutional provisions guaranteed by access to information, all the three tires of governments have been publishing their annual programs, budgets and audit report through their own official websites and appointment of information officiers.

However, overwhelming majority of youth are unaware about them. These governments have also been providing many of their services through their own public domain. Although each youth carry a smart phone with access to internet, they rarely enters to their governments.

Asmita Balsay,20, a resident of Harion Municipalty ward 15Gurkali tole, is a student of BBS third year. I don’t know much about all these basic things about the Municipal, provincial and federal governments. I have not visited any of their website because I don’t know about it,” said Basely.

Joined ward level youth panel as a member, Balsay is hoping to improve her activities. “In the last four months, I have attended four trainings which helped me a lot to understand the governance process the roles, and structures. Forming a youth group in Whatsapp, we have also sharing the information about our municipality,” said.

Richa Singh Danuwa,24, a national Kabbadi Players opf Kshireshwore Municipality ward no 3, has travelled many parts of Nepal. However, she too has never participated in any activities of municipality. “ Attending few of these programs what I come to know is the process of engagement with local level government. As a convenor of youth Panel of Kshireshwore Municipality she has been working now to generate awareness among the youth mobilizing members from ward panel.

“Almost all the youth in my age carries smart phone with access to internet at home, they use their connections to see face book, instagram and Tick Tock. Their engagement with the social media is limited just to share personal photo and comment on personal matter. Rarely, some youth share their problems faced by the community and groups,” said Danuwar who also know administer the Whatsapp Yoth Panel group.”

“We are also making efforts to create a youth group in of municipality in Facebook to share our learning , common concerns and problems connecting with Municipality,” said Danuwar.

As the youth have the grivances that they are not included in the local process, the elected leaders complained the lack of enthusiasm among youth to engage with local governments.

“ I will be happy to welcome concernds of youth and their participaton,” said mayor of Harion Municipalty Kamal Budhathoki. “ We have budgets and program. If they come to us with a program and proposal, municipality will look at it. At a time when youth are leaving the village, I want to retain them by offering the programs.

Melamchi’s Water To Be Distributed By December 13 By Agencies 1 day, 4 hours ago