Just hours after the return of a high level Chinese delegation, China opens Tatopani and Rasuwa checkpoints for Nepal’s imports 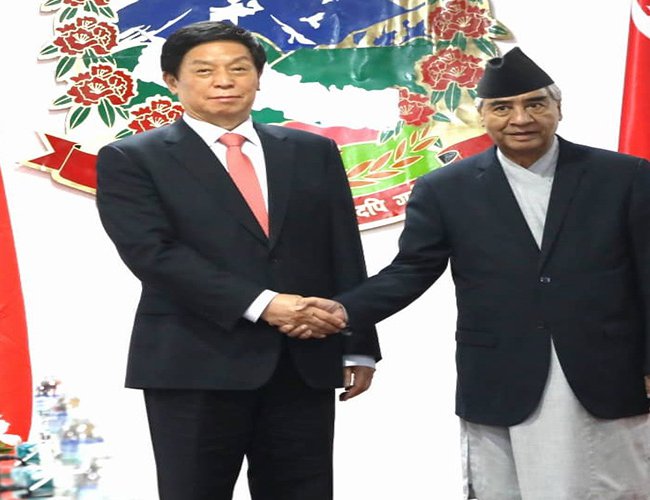 Just a few hours after the return of Chairperson of the Standing Committee of the National People's Congress of China, Li Zhanshu completing four day visit, Tatopani and Rasuwa border checkpoints opened right away. Both checkpoints were closed for more than one month, citing increasing cases of COVID-19.

According to Rastriya Samachar Samiti (RSS), it is said that the borders have been resumed after bilateral talks in course of a four-day Nepal visit of the Chairperson of the Standing Committee of the National People's Congress of China, Li Zhanshu.

Earlier, 14 big containers used to enter Nepal via the Rasuwa checkpoint daily. Nepal had during the visit of Chairperson Li raised voices to ensure the resumption of the border points at the earliest.

During the courtesy call on Prime Minister Sher Bahadur Deuba, Chairperson Li had assured of facilitating the containers carrying daily essentials and goods for coming festivals.

At the invitation of Speaker of the House of Representatives of Nepal Agni Prasad Sapkota, Chairman of the Standing Committee of the National People’s Congress of the People’s Republic of China, Li Zhanshu was scheduled to visit Nepal from 12 to 15 September 2022. 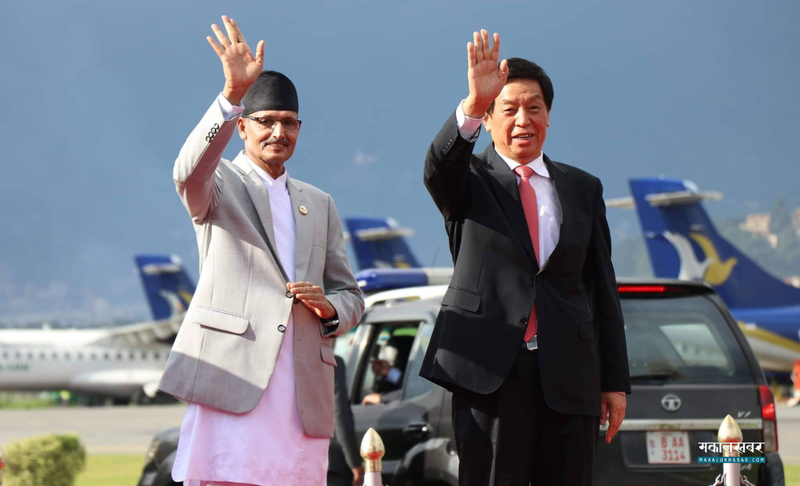 The Chairman of the Standing Committee of the National People’s Congress of the People’s Republic of China Li Zhanshu, who was on an official visit to Nepal, paid a courtesy call on President Bidya Devi Bhandari at the President Office in Shital Niwas. While recalling the high-level visits from both sides, various matters of mutual interests were discussed on the occasion.

Li Zhanshu, Chairman of the Standing Committee of the National People’s Congress of the People’s Republic of China called on Prime Minister Sher Bahadur Deuba at Singha Durbar.

During the meeting, the two dignitaries discussed wide-ranging matters of mutual interest between the two countries including bilateral trade, investment, connectivity, return of Nepali students to China, resumption of passenger flights, and reopening of border ports, among others. The Chinese side appreciated Nepal for its stand on One China policy and its commitment not to allow the Nepali territory to be used against the core interests of China.

Prime Minister Deuba appreciated China for its continued support to Nepal’s development endeavors over the years. On the occasion, chairman Li assured the Prime Minister that China will reopen the border ports shortly after controlling Covid-19 cases in Tibet while facilitating the passage of containers carrying goods and supplies for upcoming festivities in Nepal.

The Chinese delegation informed that it will step up efforts to implement Chinese-assisted projects in Nepal. In response to Nepal’s request, the Chinese side agreed to take proactive efforts to support Nepal’s smooth and sustainable graduation from the LDC status.

Earlier, Chairman Li Zhanshu held a meeting with Ganesh Prasad Timilsina, Chairperson of the National Assembly of the Federal Parliament of Nepal. Various matters of Nepal-China relations including the inter-parliamentary exchanges and cooperation were discussed on the occasion.

The visit of highest political level meeting from China and opening of the border which was shut down or almost two years made a full of message.

World AIDS Day 2022: The AIDS Response Is In Danger By NEW SPOTLIGHT ONLINE 11 hours, 36 minutes ago