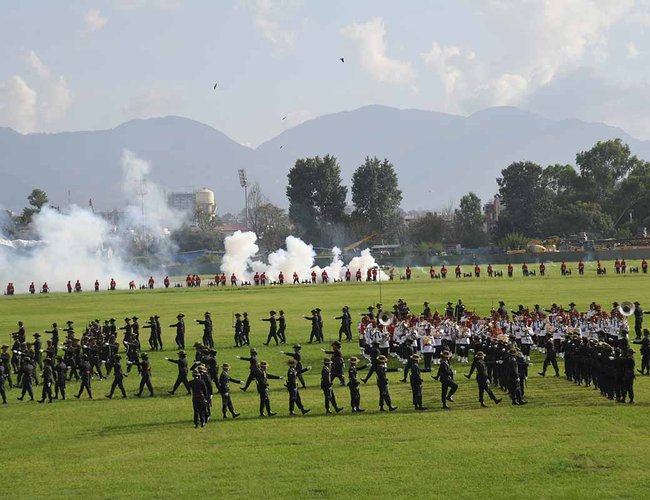 The Fulpati badhai, feu de joie, was conducted at the Nepal Army (NA) pavilion in Tundikhel on Sunday. President Bidya Devi Bhandari graced the event organised by the NA as the chief guest.

A contingent of NA offered a guard of honour to the President, who is the supreme commander in-chief of the NA.

On the occasion, the NA helicopter showered the flowers, and bands played malshree music and Durga hymns. Various companies of the NA performed drills and march pasts. 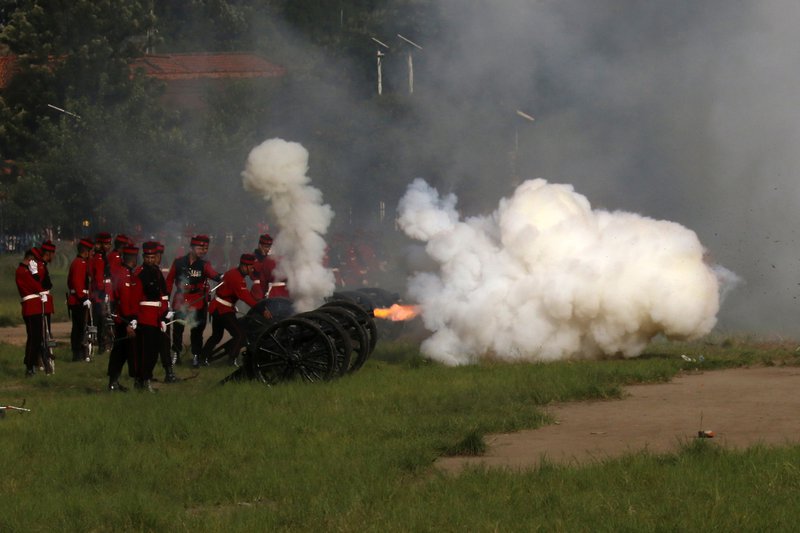 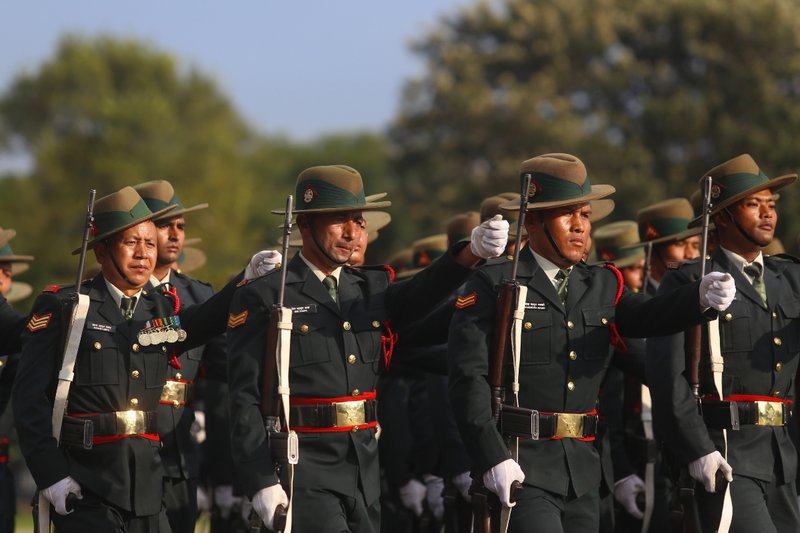 Melamchi’s Water To Be Distributed By December 13 By Agencies 1 day, 4 hours ago