With no possibility to win the elections by contesting alone, political parties are contesting the forthcoming elections by making alliances. Four parties of the ruling alliance led by Nepali Congress, with Maoist Center, NCP-Unified Socialist and United Front, are fighting with the alliance led by CPN-UML. Given many advantages, the ruling party alliance might perform well in the FPTP. However, the rise of RPP will make some difference for the NC and UML in terms of total voting for the Proportional Representatives. 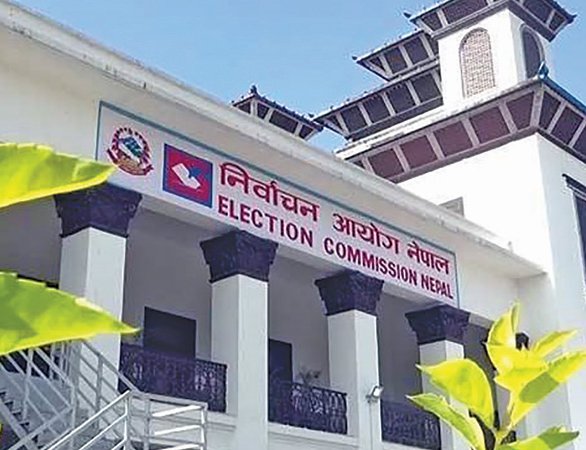 With the publication of the final list and distribution of the election symbols, the country’s election tempo is picking up. As per the election schedule released by the Election Commission, the candidates contesting in the First-Past-The-Post system for HoR and Provincial Assembly constituencies, the election landscape is now more or less clear.

Likewise, altogether 3,476 candidates are contesting for 330 seats under the first-past-the-post electoral system of the provincial assembly.

57 political parties have filed nominations under the first-past-the-post system of elections to the House of Representatives (HoR) and the Province Assembly (PA).

The voting for the twin elections is taking place on coming November 20 in a single phase. Earlier 86 political parties registered at the Election Commission for election purposes. 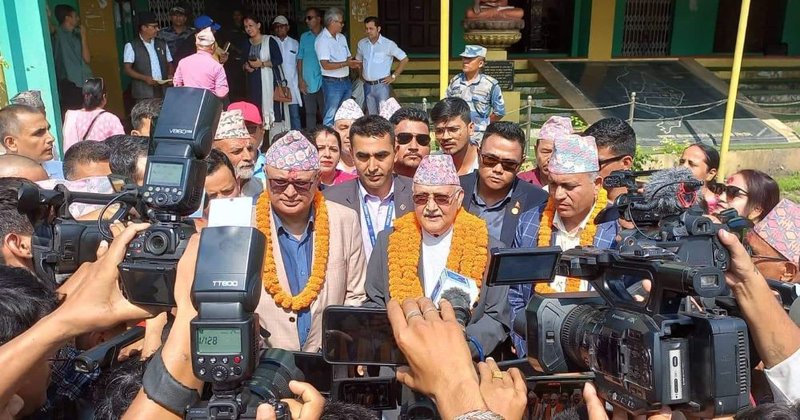 The EC said towards PA elections, the number of political parties contending in the voting varies: they are 30 in Province 1, thirty-seven in the Madhes, 32 in Bagmati, 23 in Gandaki, 25 in Lumbini, 16 in Karnali and 20 in the Sudur Paschim.

EC Assistant Spokesperson Surya Prasad Aryal said that not all political parties registered in the EC will take part in the elections. In the 2074 BS elections, 55 parties had contested the elections.

A Nepali citizen completing 18 years of age on coming November 20 and having the name incorporated in the voter's list is eligible to exercise the franchise in the elections of HoR and PA.

Chief Election Commissioner Dinesh Kumar Thapaliya said it would not be acceptable for election observers to be siding with or going against any parties or candidates in the November 20 elections. 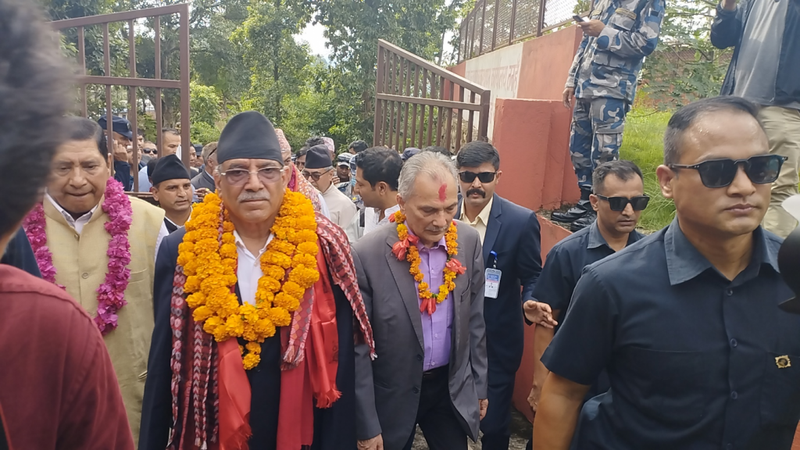 He urged them to help the Election Commission to conclude the elections by following the election code of conduct, 2079 as election observers are important part of the polls.

All political parties, civil society, mass communications and all sectors have an important role in making election a success as it reawakens citizens' rights and strengthens democracy.

As security manpower may be insufficient for the upcoming elections to the House of Representatives and the Provincial Assemblies, the Nepali Army (NA) will be deployed to guard the important infrastructure, including prisons and airports.

It is mentioned in the Integrated Security Strategy passed by the Council of Ministers that the Armed Police Force (APF) which has been currently providing security to the prisons will be deployed in elections.

As arrangements have also been made since this year to allow the inmates to cast votes, Nepal Police and temporary policemen will be deployed to conduct elections in prisons as well.

However, the teams of the Armed Police Force deployed for the security of diplomatic missions will remain intact.

It is informed that only a minimum number of APF personnel will be deployed for the security of religious places and project sites.

According to the security plan, two provincial reserve security forces will be kept in each of the seven provinces and the valley. Likewise, additional teams will be stand by, with 15 policemen and 200 temporary policemen, under the command of a senior police officer.

It is said that four central reserve teams will also be kept at the Police Headquarters, Naxal. In each team, there will be not more than 50 policemen under the command of a senior police officer. It is also mentioned that two reserve teams will be deployed in all 77 districts under the command of senior and junior police officers. Joint Election Cells and Command Posts have been established at the centre, provinces and districts for the elections, according to Nepal Police spokesperson and DIG Tek Prasad Rai.

It is mentioned in the security plan that security will be provided to the candidates according to the decision of the District Security Committee. DIG Rai said that Nepal Police as always will be on the first layer or ring of the elections security across the country, along with temporary police. 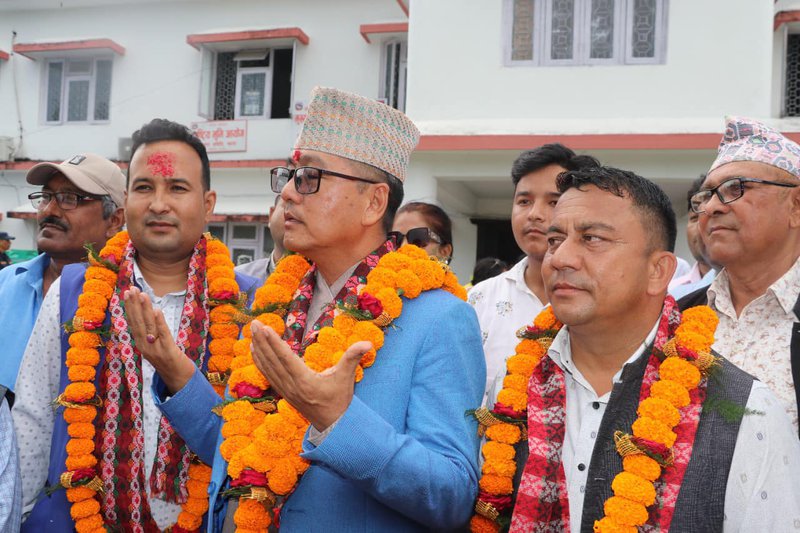 In the elections, 71,693 personnel of Nepal Police, 74,000 of Nepali Army and 35,000 of APF and 115,000 temporary policemen will be deployed. In total, 295,693 security forces will be mobilized to provide security during the elections, including the mass meetings and rallies of the political parties.

"During the election period, it will be prohibited to carry lethal weapons such as guns, khukuries, chains, and sticks," the security plan stated.

Although the security plan has mentioned restriction of vehicular movements on the Election Day, the Election Commission has already decided to allow the operation of all types of vehicles during the election in an organized way.

"Vehicular movements will be prohibited from 6am until the voting is over, except for the vehicles that have obtained permission on the day of the election," read the security plan.

It has also been said that people with hooligan tendencies and those who can take over polling stations will be identified and taken under control as per necessity.

The security plan has also given authority to arrest unwanted elements indulging in misbehaving and manhandling the polling station staffers. In the case of the border area, coordination with the security authorities of the neighboring countries from their respective locations will be sought to prevent any unwanted activities from across the border. 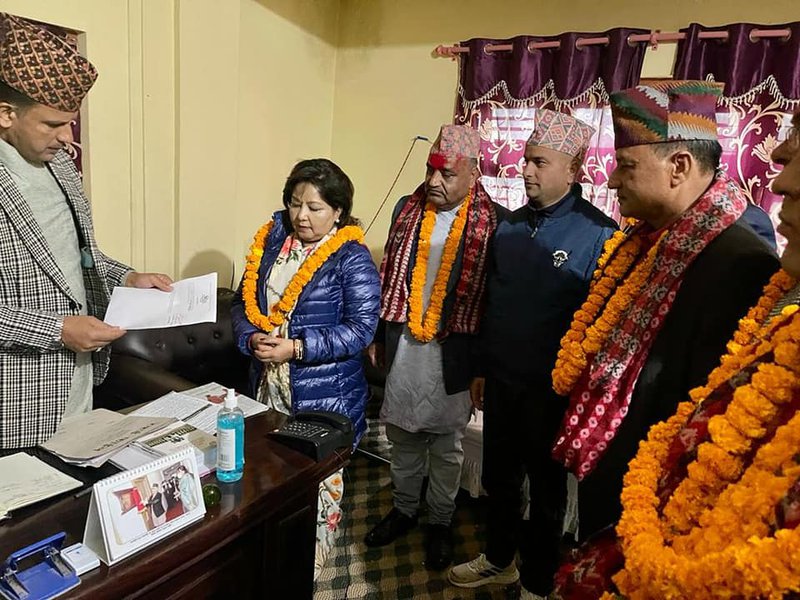 Necessary arrangements have also been made to prevent misuse of explosives stored in various places for use in development projects. It is also said that drones will collect and monitor information as needed.

APF in second layer of security

According to the security plan, the APF men will be deployed in the second circle in coordination with other security agencies. For this purpose, the Armed Police has set up a central election cell at the Headquarters, Halchowk, a Provincial Election Cell in each Brigade and an election cell in each Battalion and Company under operational responsibility.

For election security, armed police will be mobilized in mobile, striking, QRT/reserve, polling area security, command post, district election office, office of the chief election officer, among others, according to Senior Superintendent of Police (SSP) Purushottam Thapa of APF.

It is mentioned in the action plan that the National Investigation Department will be involved in the collection and analysis of information related to election security.

For this purpose, it is said that open and undercover employees, on permanent and temporary formula, will be mobilized from the provincial and district agencies within the centre for the information.

Integrated Security Planning has assigned the responsibility of the security of the printing of ballot papers to the army. Regular army patrolling on the streets will be conducted 30 days before the election to maintain peace and security.

Helicopters will also be used for rescue operations during emergencies based on manpower, rescue materials and availability.

Army will be on the outer or third ring of the security plan.

It is said that the army will also be mobilized to neutralize suspicious objects and explosives that may be seen during the election.