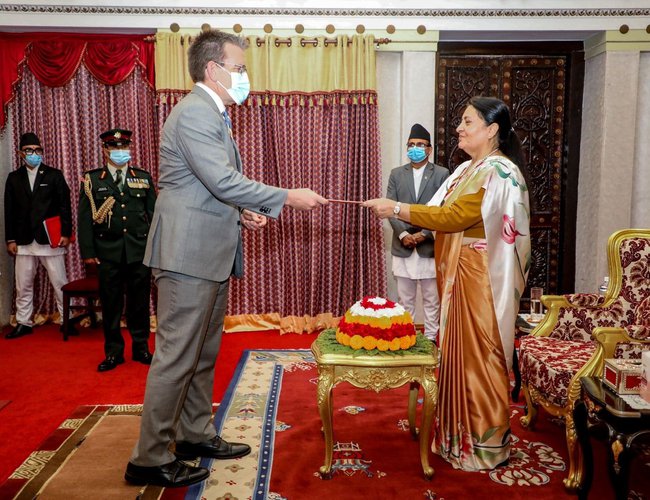 Dean R. Thompson presented his letter of credence as a U.S. Ambassador to Nepal to President Bidhya Devi Bhandari today at President’s Office at Shitalniwas amid a special function. 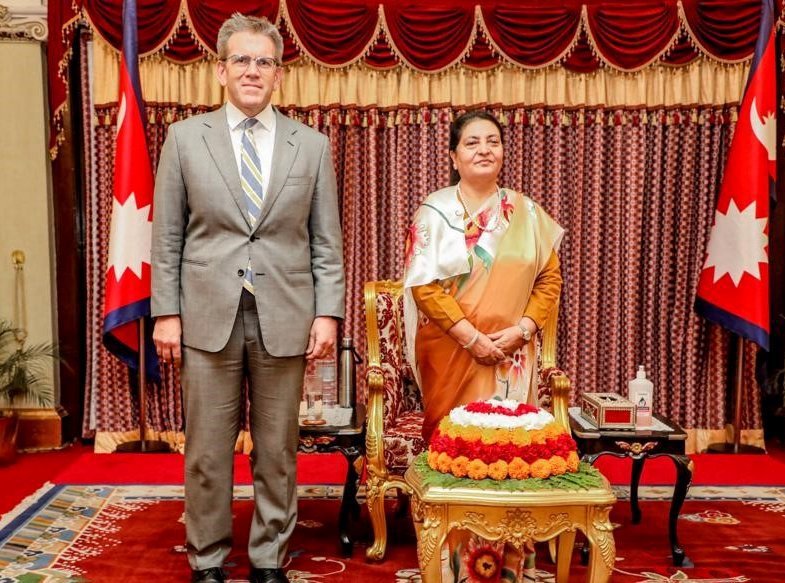 In his statement after presenting his credential, ambassador Thompson issued a statement expressing that it is an honor for him to serve as ambassador to Nepal.

In his statement, he highlighted the importance of 75 years of establishment of diplomatic relations between the two countries.

“It is an honor to serve as U.S. Ambassador to Nepal. I look forward to working with the leaders and people of Nepal to ensure that the successes of the next 75 years of the U.S.-Nepal partnership surpass the last,” said Ambassador Thompson after presenting his letter of credentials to President Bhandari. 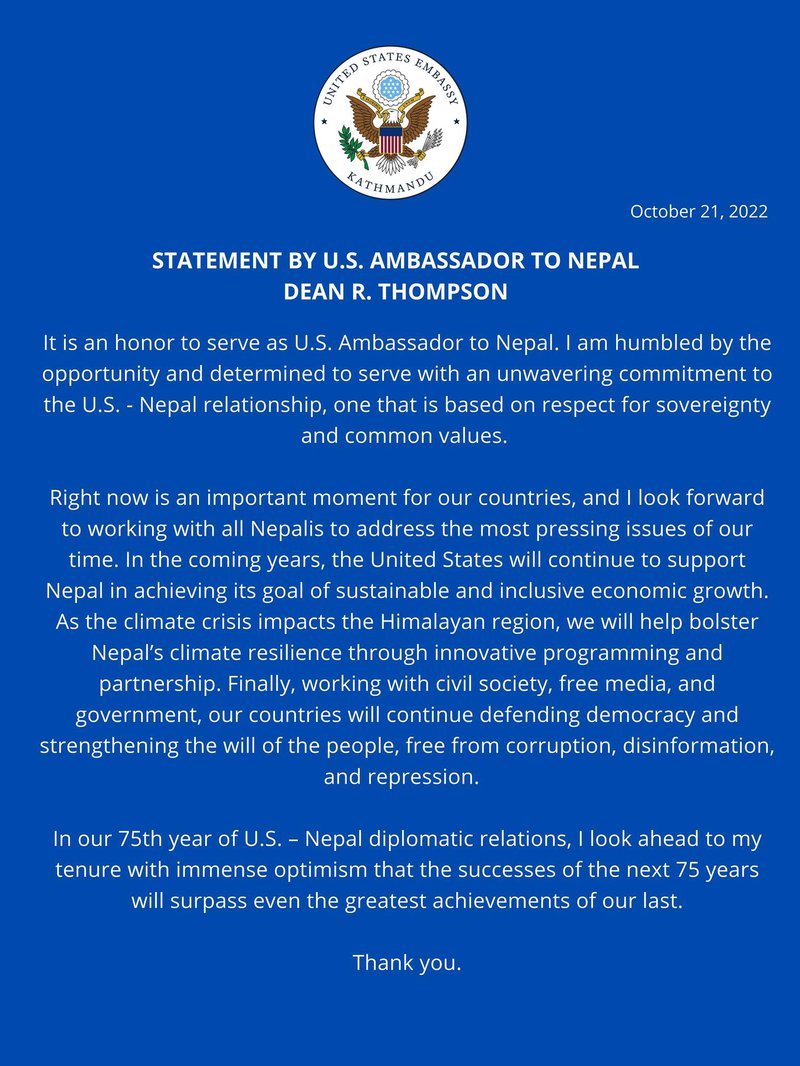 Ambassador Thompson paid a courtesy call to Foreign Minister Dr. Narayan Khadka on Friday. During the meeting, they discussed various issues of mutual interests to further deepen bilateral relations, according to the Ministry of Foreign Affairs (MoFA).