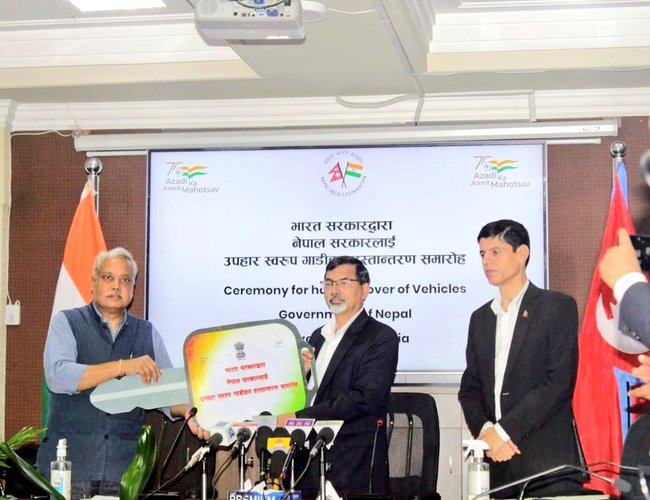 In a ceremony organized today, Ambassador Naveen Srivastava, on behalf of Government of India, handed over 200 vehicles to Janardan Sharma, Finance Minister of Nepal, as a gift of India for logistical support to various Nepali institutions for conduct of elections. 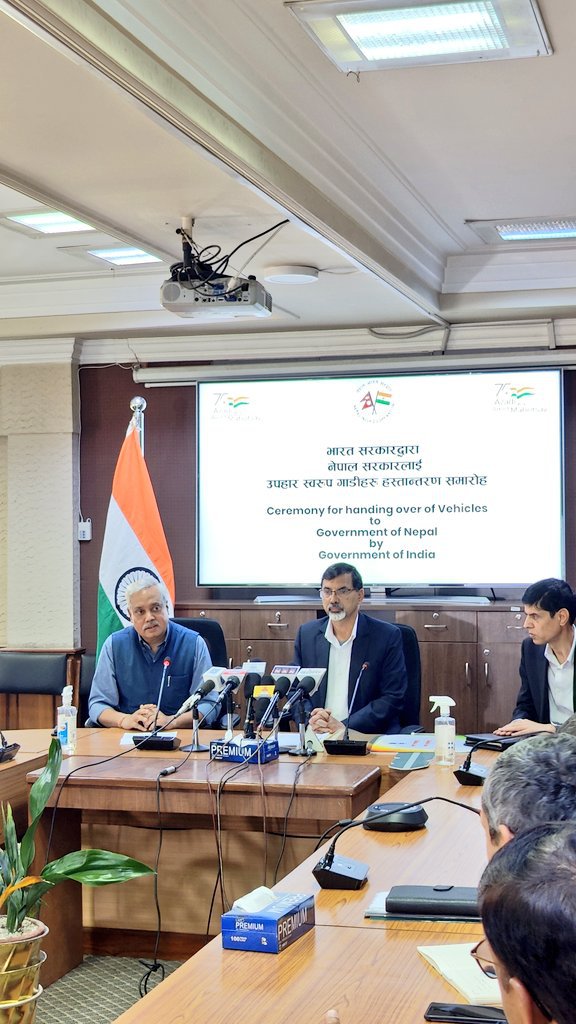 Finance Minister Janardan Sharma thanked Government and people of India for their continued support in form of development partnership with Nepal, including the gifting of these vehicles. 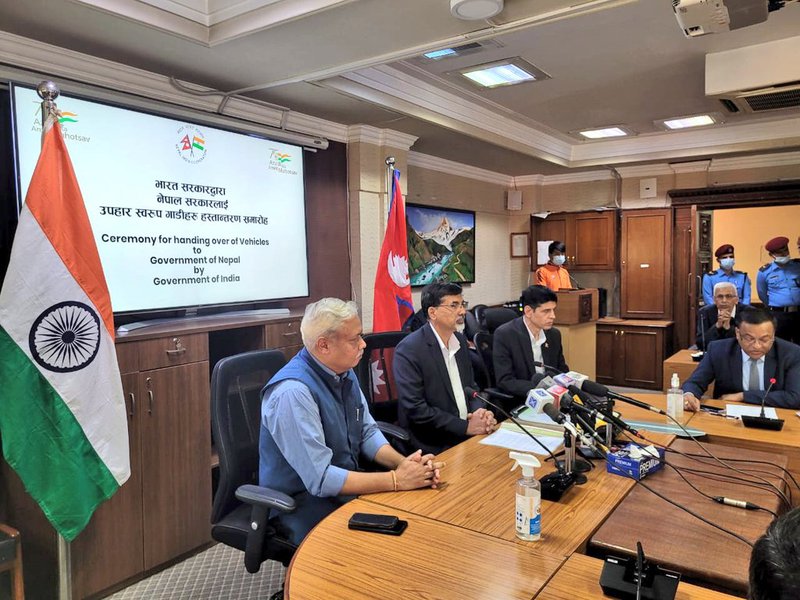 Government of India has been extending support in the form of vehicles as per the request of the Government of Nepal in previous years as well, for the utilization by Election Commission as well as the security forces of Nepal. Till date, more than 2400 vehicles have been gifted to various Nepali institutions for support during elections, including approx. 2000 vehicles to Nepal Police and Armed Police Forces and approx. 400 vehicles to Nepali Army and Election Commission. 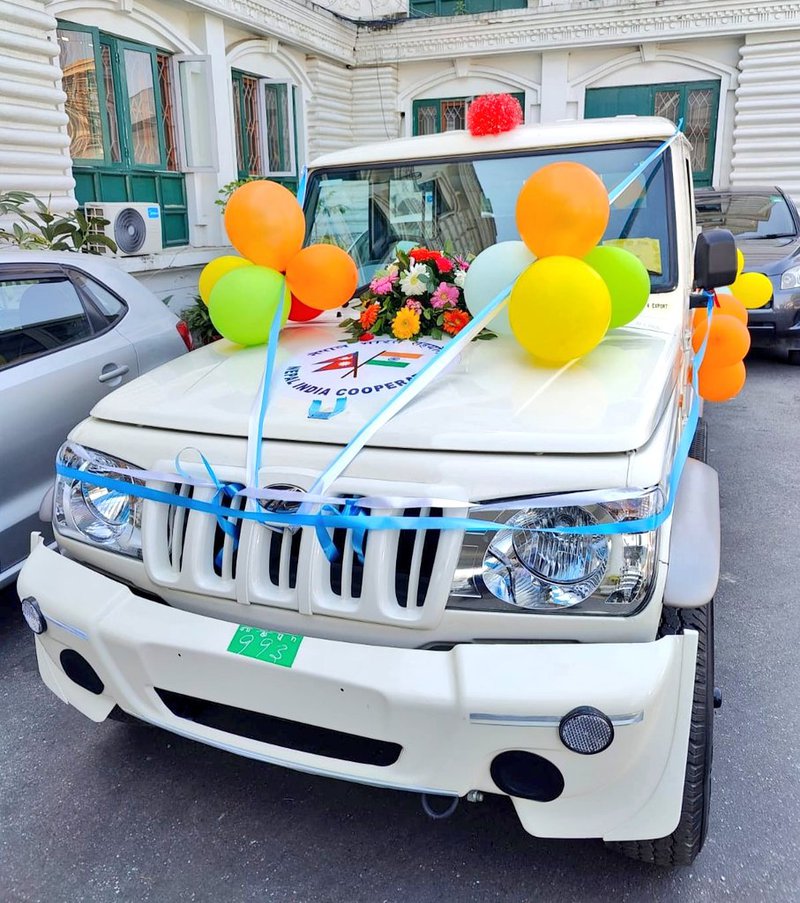 India and Nepal enjoy multi-faceted and multi-sectoral development partnership that is reflective of the closeness of the people of both countries. The extending of these logistical provisions reflects the continued support of the Government of India for contributing to development of people to people links.