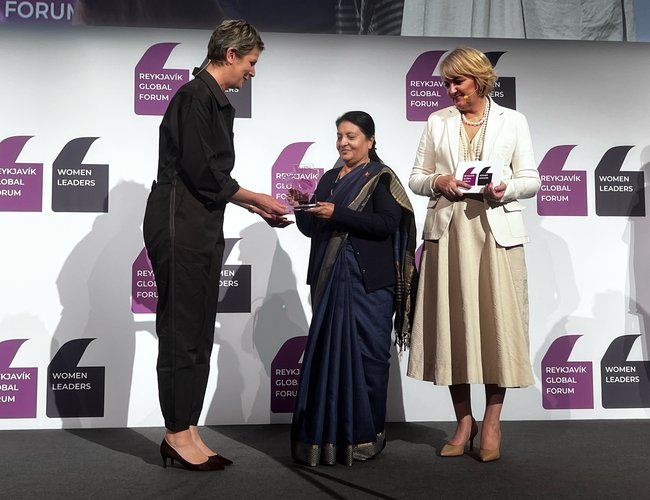 Prime Minister of Iceland Katrίn Jacobsdόttir and Vigdís Finnbogadóttir, Former President of Iceland, were also present at the award ceremony. 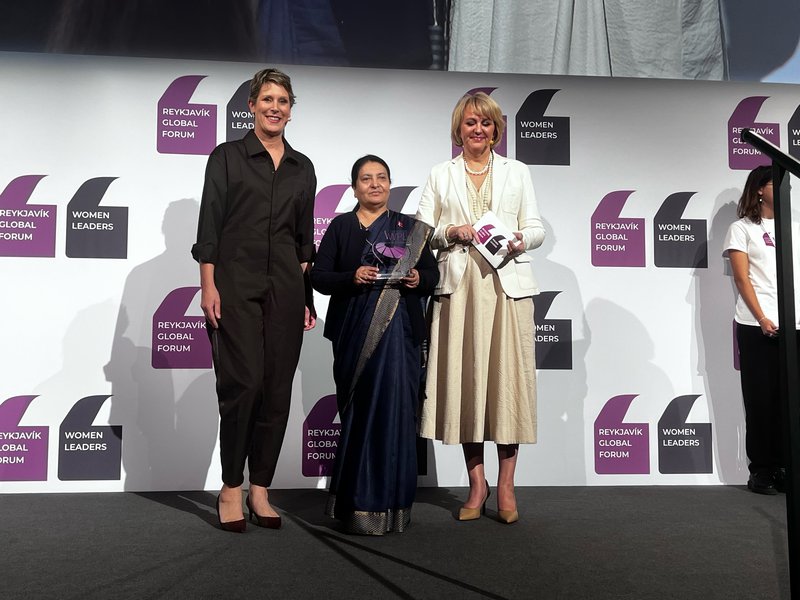 President dedicated the award to the Nepali women whose struggle for gender empowerment and inclusion contributed to the achievements that Nepal has made in those agendas thus far.

Earlier, President delivered a keynote speech to the Forum and highlighted Nepal’s journey to institutionalize an inclusive democracy that has well-embodied principles of human rights, equality, non-discrimination, inclusion and social transformation.

During the keynote speech, President Bhandari also underlined the challenges Nepal is facing due to climate change and called upon the international community for a transparent mechanism and fast-track provisions for resources, transfer of technology, and capacity-building support to deal with these challenges. 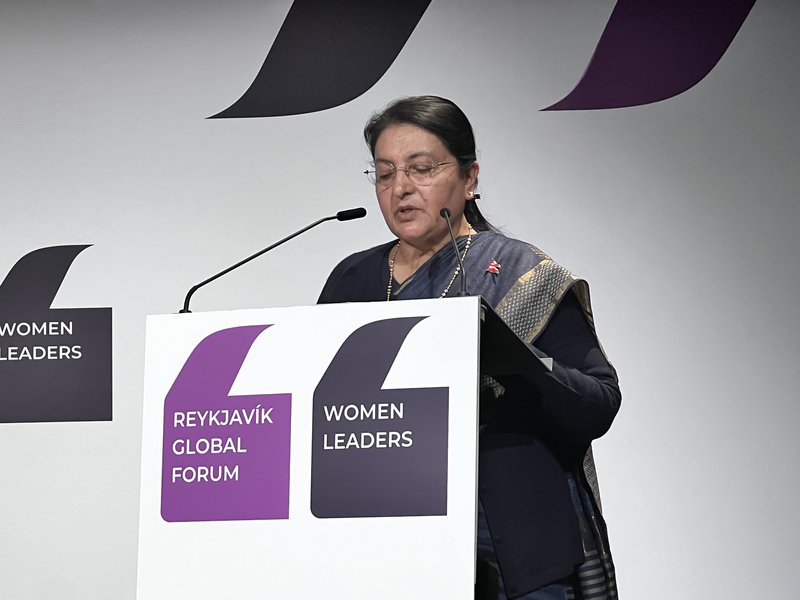 Later in the afternoon on the sidelines of the Forum, the Prime Minister of Iceland. Katrίn Jacobsdόttir called on President Bhandari. Matters of further strengthening bilateral relations and exchanging potential cooperation in areas such as geothermal energy technology, climate change, tourism and sharing of experience in the areas of women and gender empowerment were discussed during the meeting.

Also on the sidelines,. SimaBahous, Executive Director of the UN Women called on the President and appreciated the progress made by Nepal in women’s political empowerment and SDG indicators.

In the evening, President attended an event hosted by the Nepali diaspora in Iceland and briefly addressed the community.