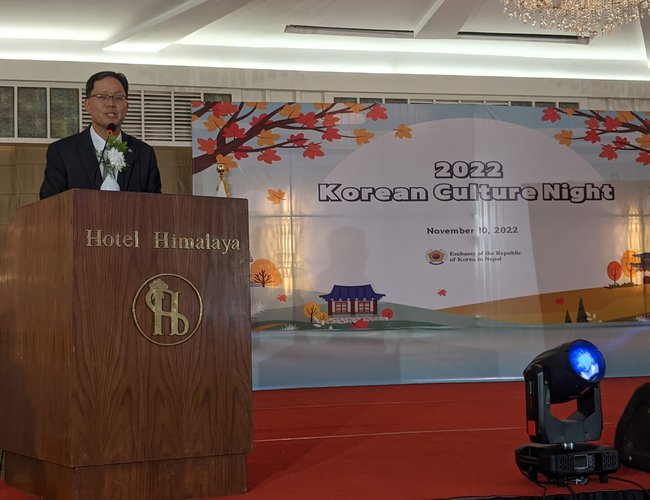 “It was due to COVID-19 that we could not have the Korean Culture Night in 2020 and 2021, so our happiness and excitement tonight is multiplied threefold to make up for the last two years,” said Ambassador Park.

“As you know, Hallyu, the Korean Wave, has become a global cultural phenomenon and Nepal is a country that has shown a particularly strong interest in various Korean cultures. These days people all over Nepal are experiencing and enjoying Korean culture, starting from numerous families watching Korean dramas and movies at their home, through more than 100,000 Nepali people practicing Taekwondo, to young people enjoying K-pop music and practicing dance.”

“We at the Embassy of the Republic of Korea in Nepal are eager to recognize and further encourage Nepali people's enthusiastic interest in Korean culture by organizing various events every year,” said Ambassador Park.

“As part of those efforts, this year we have organized the K-pop World Festival in Nepal in June, the Korean Film Festival in September, the 2022 K-Culture Video Contest last month, and most recently the 2022 Korean Language Speech Contest this afternoon. The the2022 Korean Culture Night is the concluding Korean cultural event to wrap up this fruitful year.” 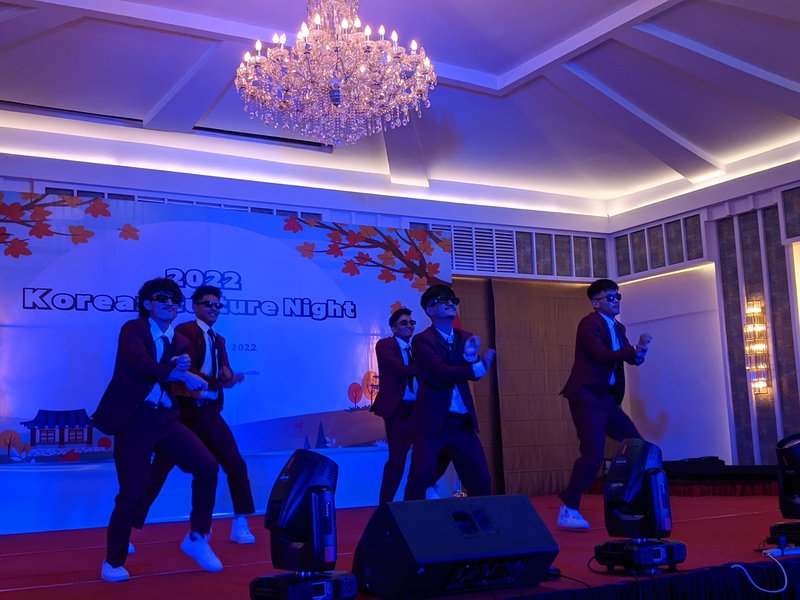 Along with the K-pop performance, various other programs such as a collaboration between a Korean and a Nepali musician, a Taekwondo performance, Korean food, and videos on Korea were also presented.

Secretary of the Ministry of Culture, Tourism and Civil Aviation Suresh Adhikari said Nepal and Korea maintains cordial and friendly relations since the establishment of the diplomatic relationship. He said that Korea has been supporting Nepal to improve its economic situation.

Secretary Adhikari thanked the Embassy of Korea for organizing this kind of cultural program helping to strengthen our bilateral relations. He said that Nepal Tourism Board is also planning to send a tourism promotion team to Korea.

During the program, Sunmi Paik, a Korean music teacher at the School of Art And Music at Kathmandu University, played piano with Nepali Sarangi played by a Nepali musician. 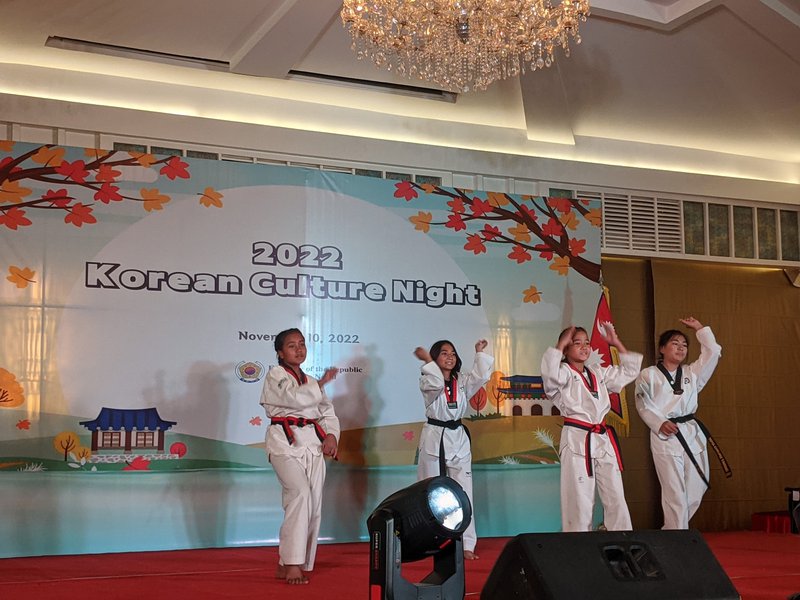 16 Day Of Activism Against Gender Based Violence By NEW SPOTLIGHT ONLINE 6 hours, 59 minutes ago