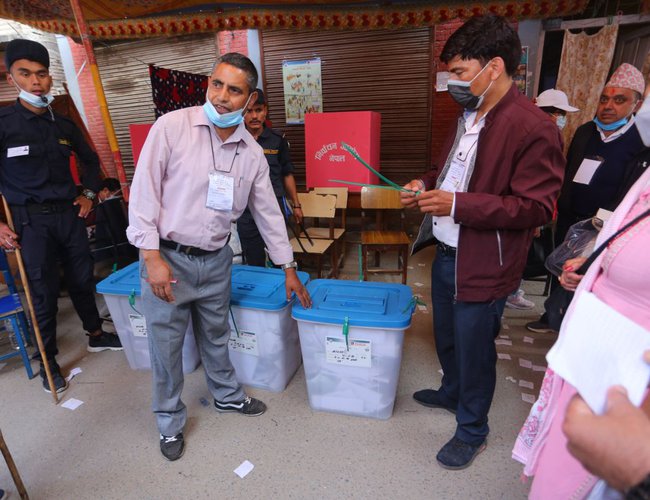 All the four security agencies have been mobilized for the elections of the House of Representatives and the Provincial Assemblies to be held on November 20.

“The Police Head Office and Metropolitan Police Office, Ranipokhari have started deploying the manpower for respective constituencies from last Tuesday,” according to Deputy Inspector General and Spokesperson for the Police Headquarters Tek Prasad Rai.

DIG Rai said that police have been sent to most of the areas and have already reached their designated stations. He said that more teams will be sent to some districts where they are needed by Sunday (November 13).