MD GHISING In A Rush Hour 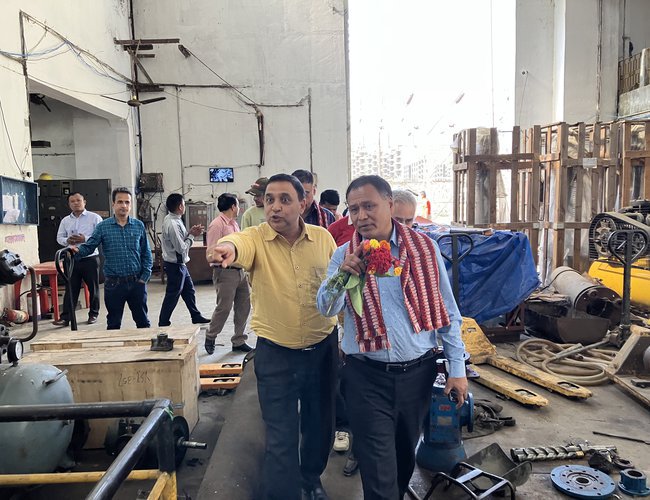 In a week, Managing Director of Nepal Electricity Authority Kul Man Ghising traveled from Humla and Dunai, two remote hilly regions to low-lying areas of Bijalapura of terai. In between, he negotiated with local people in Chobahar to end the deadlock for the construction of substations.

During the span of a week, MD Ghising visited Sunwal, and Butwal and finally came back to Katmandu to continue his managerial work. The hectic visit is a physically tiring one for executives. However, MD Ghising knows that his physical presence is necessary for many areas to make breakthroughs. For quality and uninterrupted electricity supply, transmission, distribution and power plants all components need to fix.

From taking initiative to construct four Digit Upper Arun to installing solar power plant for mixing and hydrogen, he has been clearing the obstruction in the construction of transmission line projects, which is strategically important to evacuate the distribute the electricity.

With the verdict of the court, 220 kV Bardaghat-Bharatpur Transmission line has already started operation. Stalled for long, NEA also was able to end the deadlock in the construction of substation in Chobhar, a strategically important Transmission and distribution system to maintain power supply in the valley.

With the verdict of the court, Nepal’s most important 400 kV Hetauda-Ithari Transmission line project has started remaining work. Despite certain disputes in Hetauda, MD Ghising is taking all efforts to complete the project consulting with political leaders, local community and concerned administration authority. 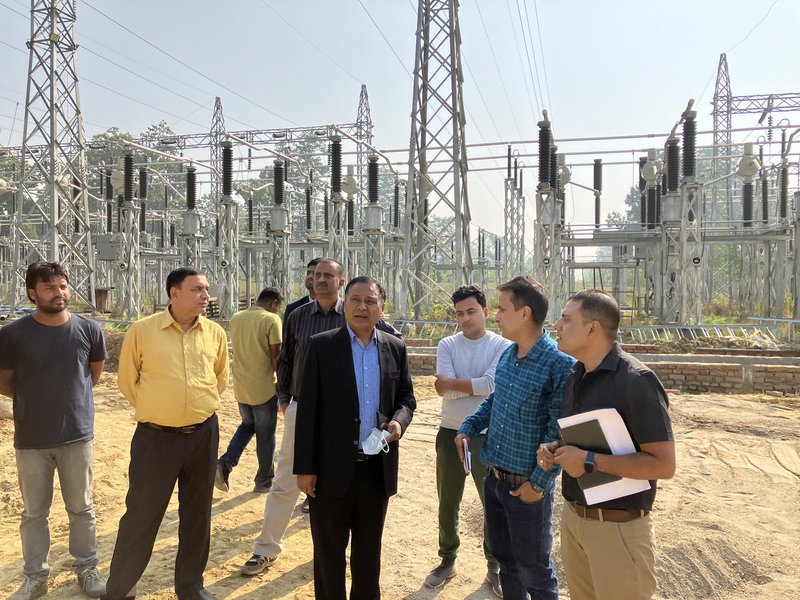 Constructed with the support from the Government of India under the Gandak Agreement, 15 MW Gandak Project would have immensely contributed to the economic development of the western region of Nepal. Equipped by almost four decades old plants, the hydropower project has been generating very nominal electricity even in the water available in the canal.

However, the situation of the power project is going to change in near future. The Nepal Electricity Authority (NEA) is going to renovate and modernise the 15 MW Gandak Hydropower Plant located in Pratappur Rural Municipality-7, Suryapura of Nawalparasi (Bardaghat Susta West).

After the electromechanical equipment such as turbine and breaker of the power plant became old, dilapidated and unusable, NEA managing has decided to rehabilitate and modernise the project by installing new equipment in place of the old ones. Along with power plants, most of the buildings and structures on the power station premises have also become dilapidated.

Started Electricity generation in April 1979 and handed over the project by India in 31 August 1981, the hydroelectric power, which was built in accordance with the Gandak Agreement between the government of Nepal and India, has rarely generated its full capacity over the year

As his commitments to improve the power supply and quality of power in his his second innings at NEA, Mnaging Director Kul Man Ghising has been taking several initiative including construction of four digit project and improvement of old projects. With his direction, NEA Engineering Company Ltd. has prepared a detailed design and cost estimate for the restoration and modernisation of Gandak Hydropower Project. The detail report has already submitted it to NEA.

According to the study, Rs. 420 million will be required for the renovation and modernisation of the hydropower project. There are three units of 5 MW each in the power plant. According to the port, two of them are in working condition, while one unit is damaged and has not been working for a long time.

NEA’s official said that the conditions of two operating unit are also old and need to be replaced.

According to the Gandak Agreement between the two countries, the entire right to operate the Gandak Dam rests with authorities of Bihar Government of India. The power plant operates only after water released by authorities in India.

With frequent disruptions, it is impossible to operate the power plant easily and continuously throughout the year.

In his nationwide inspection trip, Managing Director Ghising visited the site leading a high level team. He received information about the condition of the hydropower plant.

Ghising said that since the equipment of the power plant, which was built over four decades ago, has become old and unusable, tenders for rehabilitation and modernisation will be called soon.

“For maintenance and inspection, the Indian side closes the canal for almost four months every year in October-November and March-April. After the canal is closed, the power plant cannot be operated due to lack of water," he said. "Because the equipment is old, even when water is available, the power plant is not running at full capacity, so it is going to be renovated and modernised."

A barrage has been built on Narayani River in Balmiki Nagar (Bhaisialotan) of Bihar State on Nepal-India border. From this barrage, the water from Narayani River has been channeled to India for irrigation by constructing two canals, the Gandak main east and west. 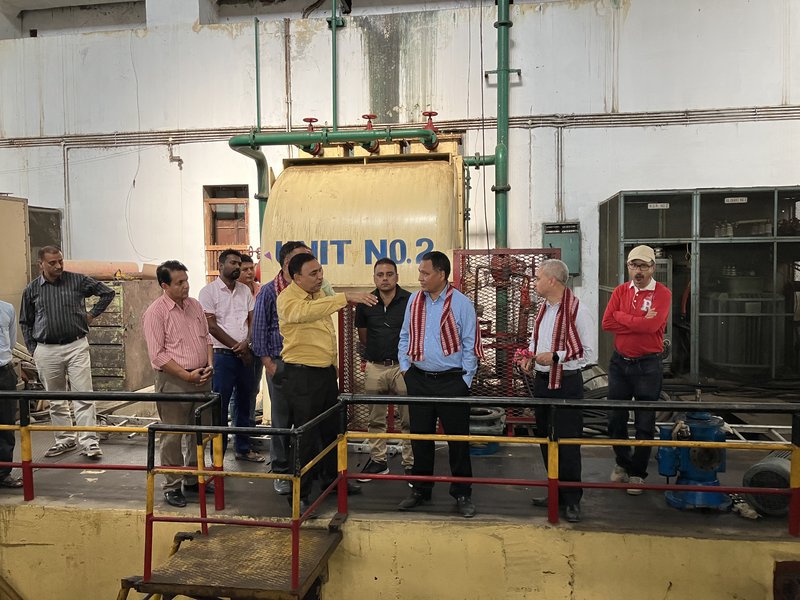 Sunil Kumar Chaturvedi, chief of Gandak Hydropower Project, said that since there is no need of water for irrigation in the winter season, the canal is closed every year for maintenance and inspection.

"It is said that the canal will be repaired every year, but from what we can see, no repair work has been done, when the canal is closed for about four months every year, electricity cannot be produced," said Chaturvedi.

"There is no need to repair the canal every year, it has been discussed with the officials of the department several times but no conclusion has been reached."

At a time when the hydropower plant is not generating the electricity in its full capacity and Nepal need to have mixing energy source, the NEA is going to construct a solar power project with an installed capacity of about 6 megawatts on the barren land owned by the Gandak Hydropower Project at Pratappur Rural Municipality-7 Suryapura, Nawalparasi (Bardaghat Susta West).

The shortfall will be covered by the government and the NEA.

Madhyamarsyangdi and Jhuprakhola hydropower plants will be equipped with about 1 and 2 megawatts of solar power respectively. The electricity produced in the afternoon through the solar panels will be directly connected to the national transmission line.

At a time when industries around Nawalparasi west corridor have been facing frequent power disruptions, Managing Director of Nepal Electricity Authority Kul Man Ghising has recently paid inspection visit to accelerate the pace of construction work of Sunwal Substation.

According to NEA, the construction of the 132-KV Sunwal Substation aims to address the power need in Nawalparasi ( Bardghat Susta West) in a sustainable and reliable way and has neared the final phase.

As MD Ghising promised improvements of power supply is his main priority, he has been travelling throughout the country to complete the transmission and distribution projects, which have been facing problems, in various parts of the country.

In just a matter of week, MD Ghising has paid a visit to remote Humla and Mygu Districts to installed generators to supply electricity in district headquarter and signed agreement with Municipality and local people in Kirtipur to remove the obstacles for the construction of strategically important substations in Kirtipur.

Although the country is in elections campaign, MD Ghising is in a nationwide tour to maintain the power supply interrupted in all vote counting centers. MD Ghising has been spending most of his personal time to maintain the supply in this critical juncture. 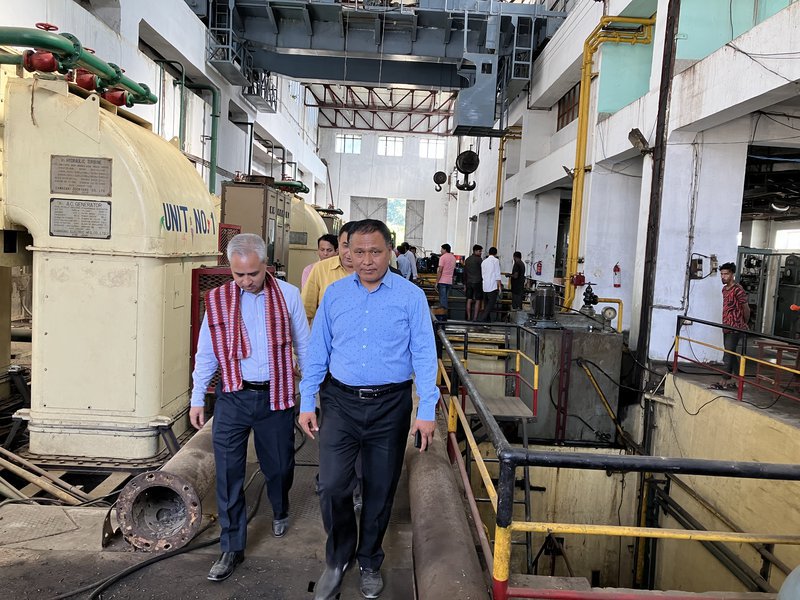 Although the power supply was a major problems in the Bhairwar region in the past, thanks to the construction of a 132 kV double circuit transmission line, and a substation expanding from Yogikuti (Butwal) up to Mainhiya, Bhairahawa in Rupandehi is getting an unhindered supply of electricity,

Giving directions to the concerned authorities, MD Ghising said that the project needs to complete in schedule because it is highly important. He directed the officials to bring the substation in operation within a month

Works are being undertaken with a target of bringing it into operation within a month. Now, the equipment fixing works are going on.

MD Ghising has expressed the hope the operation of Sunwal Substation will address the power issues in Parasi and the region. It is expected to be a reliable source of power supplies to big industries including cement and steel in the Parasi area.

Two 220 and 132 kV substations have been constructed at Sunwal Municipality-13 in Nawalparasi. Construction of a 400 kV transmission line expanding up to Gorakhpur in India will take place in Butwal with grants from the US Millennium Challenge Corporation. Construction of a new 220 kV transmission line expanding 21 kilometres is underway. A delay in the land acquisition process and the approval to chop down trees for the project has made the matter worse, said Ghising. 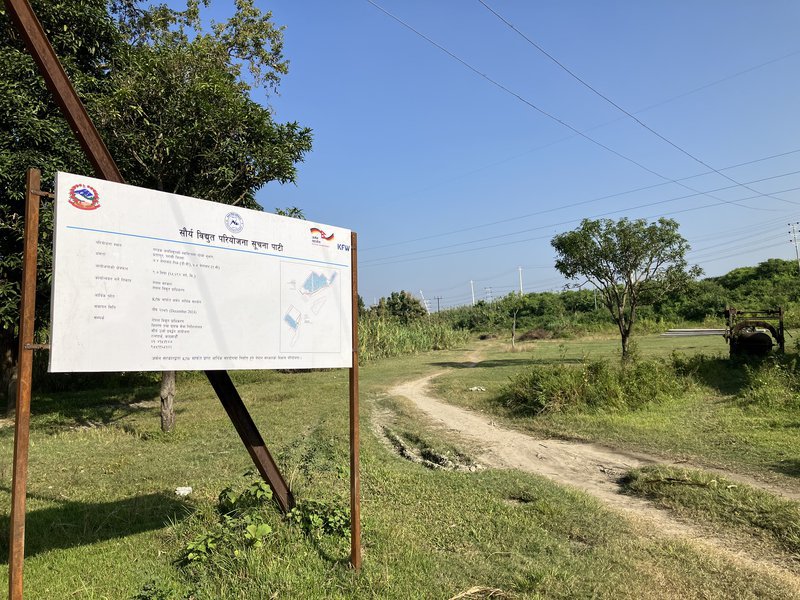