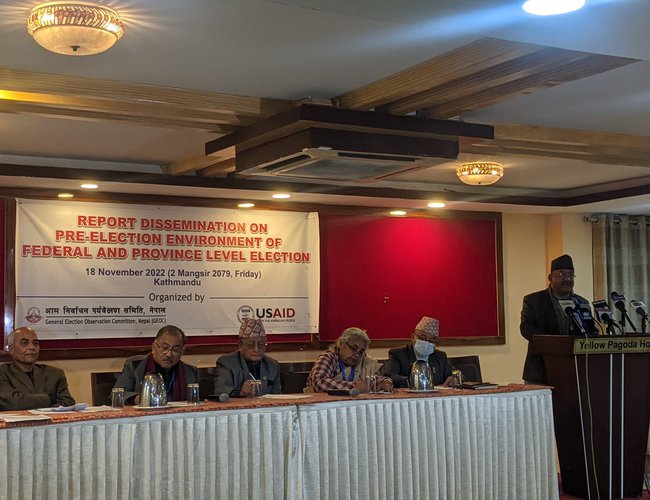 He said that any case of violation of the code of conduct will be met with action at the point of its commission itself. 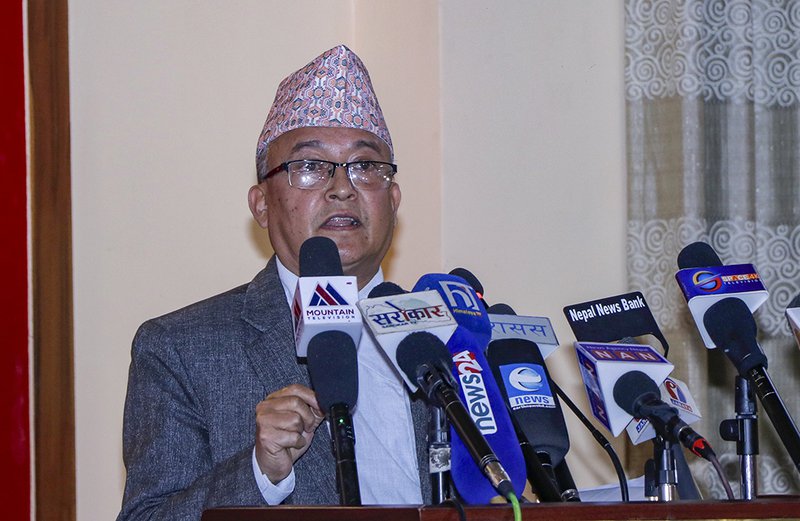 “Disinformation, character assignation, fake news and rumors are creating unhealthy environment. There must have some sort of regulation to curb that kind of fake campaigns coming from social media,” said CEC Thapliya.

He thanked GEOC and NLS for supporting Elections Commission to hold free and fair elections. He also urged GEOC to expand its scope of observation to ensure free and fair voting.

The General Elections Observation Committee (GEOC) has said that the preparations for and management of Sunday's election to the House of Representatives and Provincial Assembly are likely to ensure free, fair and impartial elections.

In a report prepared based on the observation of the pre-election period, The GEOC has said mentioned that the preparations and environment for the election are much more stringent than in the past, providing a level of confidence for a clean and peaceful election.

Former Chief Justice Kalyan Shrestha said that since there were no agitations and disturbances the elections this time would be conducted in a peaceful manner. This time the campaigning for the elections was also not too expensive and flamboyant.

Another former Chief Justice Sushila Karki disciplined progress in the style of election campaigning indicates that democracy is moving in the direction of consolidation. 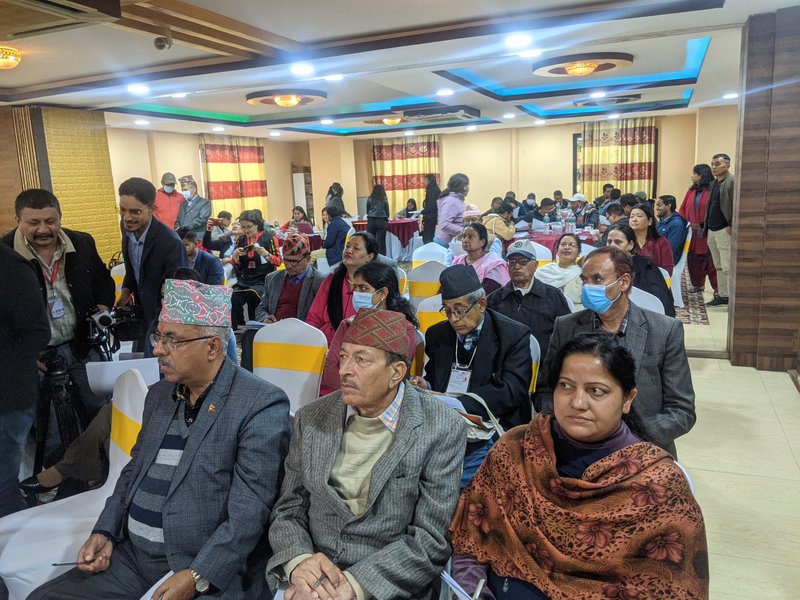 Former chief commissioner Bhojraj Pokharel said that the preparation and management of the election till now has ensured that the election will be completed peacefully.

Nepal Law Society President Tirthaman Shakya and Executive Director Krishnaman Pradhan shared that the GEOC has been conducting observation of elections through 331 representatives in 261 municipalities of 36 districts of the country on party registration, candidate nomination, election campaigning, among others. The GEOC also said that 10 special observers, 24 national observers, 36 district observers and 261 local observers will be mobilized on election day.

The report mentions that compared to the past experience there have been improvements in the voter list, candidacy registration, implementation of code of conduct, security arrangement, ballot paper, polling station, voter education, staff management etc.