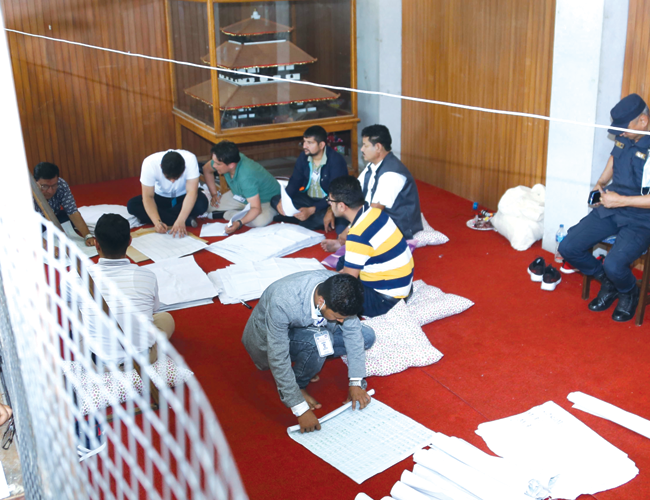 Vote count under the proportional representation (PR) under the elections to the House of Representatives and the Province Assembly is ongoing. The elections were held on November 20.