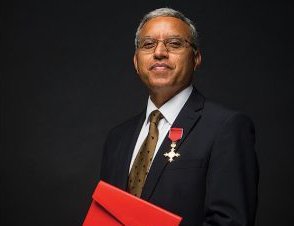 The Royal Asiatic Society is delighted to announce the launch of the Surya P. Subedi Prize for the publication of a book or article on Nepal in English in any one calendar year. Nominations are invited for publications on Nepal during 2022 and should include a short paragraph of not more than 500 words detailing why the book or article should be considered for the prize accompanied by a short biography of the author and one letter of support. Nominations for the Prize will close on March 30th 2023. The nominations will then be considered by a panel of judges and the winner will be announced by the end of September 2023.

This Prize has been offered by Dr. James J. Busuttil to honour the work and distinguished career of his friend and colleague Professor Surya P. Subedi OBE KC DCL LLD, Professor of International Law at the University of Leeds. The Prize will be awarded on the recommendation of judges, with the collaboration of Dr. Busuttil and Professor Subedi. The Society will be responsible for administering the Prize which will be presented in conjunction with a public lecture to be given by the winner at an open meeting of the Society.

Surya Prasad Subedi OBE KC DCL LLD is an international jurist of Nepali origin. He is Professor of International Law at the University of Leeds, a member of the Institut de Droit International, and a barrister in London. He served as the United Nations special rapporteur for human rights in Cambodia for six years (2009-2015). He also served for five years, starting in 2010, on an advisory group on human rights to the British Foreign Secretary. He has written a number of works on the theory and practice of international law and human rights and acted as a counsel in a number of cases before international courts and tribunals, including the International Court of Justice. He also has published widely on Nepal and especially on international legal aspects of Nepal’s external relations. He was the founder-Chair of the Britain-Nepal Academic Council for 10 years (2000-2010) and Joint Co-Chair of the Britain-Nepal Medical Trust (2012-2019). He obtained a DPhil (PhD) in Law with a prize from the University of Oxford in 1993. He was awarded Oxford’s highest accolade – the degree of Doctor of Civil Law – in 2019 and the degree of Doctor of Laws honoris causa by the University of Hull in 2020. He was appointed a Queen’s Counsel (Hon) in 2017 in recognition of his contribution to international law and human rights. He has received high-level state honours from the monarchs of the UK and Nepal. He was made an OBE in 2004 by Her late Majesty Queen Elizabeth II of the UK; and was decorated with the Suprabal Gorkhadaxinbahu by His late Majesty King Birendra of Nepal in 1998. He also was awarded another high-level state honour – the Prasiddha Prabal Janasewa Shree – by the President of Nepal on the occasion of the National Day of Nepal in 2022.

International Flights Resume At TIA By Agencies 2 days, 18 hours ago