NADA Demands To Allow Import Of All Vehicles And Concessional Loans

NADA Demands To Allow Import Of All Vehicles And Concessional Loans 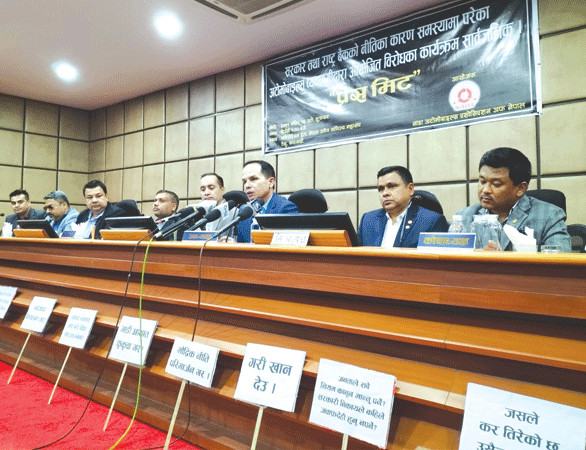 Automobile businessmen have announced a strike against the restriction of the import of vehicles and implementation of guidelines related to working capital loans.

The businessmen have been protesting to exert pressure on the government and the Nepal Rastra Bank (NRB) citing that the businesses have been severely affected by the restriction imposed on vehicle import since March.

The businessmen have demanded that the ban imposed on vehicle import since March should be lifted, the provision of 100 per cent cash margin while opening LC should be scrapped and the interest rates should be reduced.

The government has banned the import of vehicles citing pressure on the foreign exchange reserves.

President of NADA Automobiles Association Dhruba Thapa said that NADA would continue to exert pressure on the government and the NRB to correct their present policies.

According to the Association, the business has reached a state of collapse due to the rise in interest and premium rates of the banks and implementation of guidelines relating to working capital loan.

"Hundreds of automobile showrooms have been closed and more showrooms are in the process of closing. Due to this situation, thousands of workers dependent on this business have become unemployed," he said.

For the last eight months, there has been a complete ban on the import of private vehicles running on petroleum products, while the import of two-wheelers below 150 cc is open.

"If the import of vehicles is not opened even now, the auto business will stop. That's why businessmen are forced to stand against the government,” he said.

He said that the businessmen have repeatedly demanded the government open the ban on vehicle import, but the government did not listen to their demand.

The government has currently extended the vehicle import ban until mid-December.

The businessmen will wear black clothes, carry play cards and stage a protest at Maitighar in Kathmandu next Thursday, it said.

The protest programme has been scheduled in all seven provinces at the same time.

Thapa said that the programme of the second phase of the movement will be announced again if the demand is not addressed.

Nepal's automobile sector has contributed 21 per cent to the government's revenue, providing employment to 100,000 people directly and nearly one million people indirectly, said the Association.