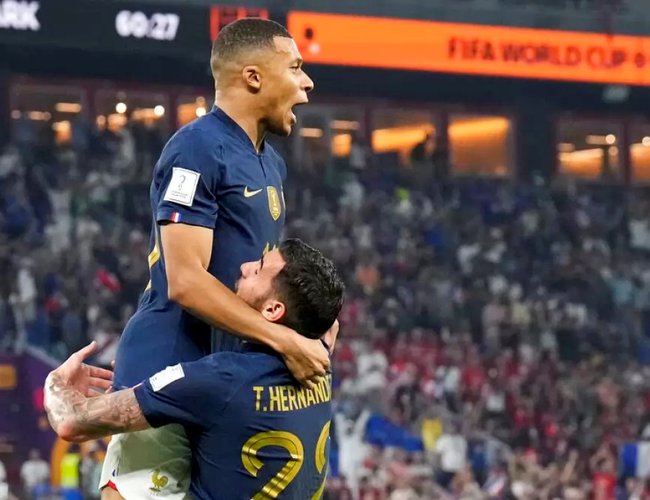 Olivier Giroud became France’s all-time top scorer after he opened the scoring with a neat finish following a through-ball from Kylian Mbappé.

Mbappé then doubled the lead with a superb strike that fizzed past Wojciech Szczesny after some nice play between Giroud and Ousmane Dembélé on the right.

The France forward became the top scorer at the World Cup when he bagged a brace soon after, with a curling effort into the top corner to put the game to bed.

Robert Lewandowski scored from the spot with the last kick of the game to give Poland a consolation.

France will now play either England or Senegal in the quarter-finals.